Under The Covers: Emotion muddles the water of McEwan’s latest endeavor

A book by Ian McEwan is always well-received. Author of several award-winning novels, such as Saturday, Amsterdam, and the popular masterpiece Atonement, McEwan is famous for his harmonious structure and attention to detail. A feature in The New Yorker describes how his “empirical temperament” sets him above other acclaimed contemporary writers because he compiles thorough research for the acute details in his plots.

At 221 pages, The Children Act is McEwan’s shortest novel yet, with a straightforward storyline culminating in a singular climax. Its focus is Fiona Maye, an experienced British High Court judge in the Family Division. Her life revolves on making judgments about familial conflict laced with violence and religious controversy, the tumult of which takes the place of excitement in her own personal life.

We begin with Maye’s personal life invading her professional life: while trying to resolve a case at home, her prolonged, sexless marriage takes over as her husband argues for an affair with a young statistician already in line, trying to maintain some of his integrity by asking Maye for permission first. “That he had, as far as she knew, always been faithful made his proposition all the more outrageous,” Maye thinks. The disquiet in her once passionate marriage becomes her foremost obstacle, dominating her thoughts when she’s not contemplating a case from her work.

Maye’s sole failing is that she cares too much about the people who come before her, and her personal problems only make it more difficult for her to maintain effective distance. The story of Maye’s professional life follows a 17 year-old boy with plum features, Adam Henry, a Jehovah’s Witness with leukemia who needs a blood transfusion in order to live but refuses it because of his religious beliefs.

This quandary constitutes the conflict between the sanctity of life and lawful personal autonomy that Maye must resolve by the end of the novel. McEwan has been an outspoken proponent of secularism in the past, which becomes evident in his handling of this unoriginal case.

Elements present in all of McEwan’s novels are found here as well: the mellifluous shapeliness of the book, the perfected sentences, the polemical themes. Although his prose flows strikingly and sweetly throughout the novel, he fails to meld it adequately with Maye’s voice. Also problematic, the narrator’s descriptions of her thoughts feel rote, humming like a diary entry after a dull day.

Then there’s the story itself, which is just not that interesting. For an author who made his mark by writing an emotionally vivid, violently romantic best seller, McEwan disappoints his readers with this bland exhibition of a topic that actually has high potential to excite. Proving that authors can have more than enough support but, without sufficient care for the creative process, can still fail to impress.

In Conversations with Picasso, a volume presenting the 30-year long interview series with Picasso performed by Hungarian photographer Brassaï, Picasso talks about his long and intensive creative process, which encourages following intuitive inclinations and learning through experimentation, a different kind of empirical approach than McEwan’s. And plenty of studies support Picasso’s claims.

We rarely hear about the uninspiring failures of successful people who lose their groove for a time. We favor citing stories of those who achieve success after feeling the sting of failure—people like Bill Gates, Abraham Lincoln, and Michael Jordan. But success is rarely a one-shot-done-deal; realizing its challenging lifetime journey is perhaps essential for future fulfillment.

The Children Act is not an accurate representation of McEwan’s skill. His contention and personal feelings about the novel’s themes seem to have been placed before the essential quality of the novel itself. Although there’s merit in its smooth prose and confrontation of religious beliefs in a secular world, readers should look at McEwan’s past works to understand the acclaim. 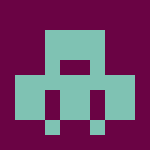