Sponge out of Water serves up the secret formula for success

By Steven Criss and Ben Ringwood

Since the summer of 1999, the world has watched SpongeBob SquarePants faithfully protect the coveted Krabby Patty secret formula from the ever persistent Plankton. The Spongebob Movie: Sponge Out of Water initially appears to be a continuation of this eternal rivalry between the Krusty Krab and the Chum Bucket, but director Paul Tibbitt has cooked up something much bigger for the cartoon’s second full-length film.

When the secret formula is stolen, Mr. Krabs immediately pins Plankton as the surefire culprit, gathering the citizens of Bikini Bottom in typical mob fashion to get to the bottom of the crime. It is only when SpongeBob, knowing that Plankton is truly innocent, decides to stand up for his historic enemy that the story gets truly interesting.

This is rather surprising, as Plankton usually fulfills the role of the villain in television iterations of the cartoon. But here, his partnership with SpongeBob in their quest to restore sanity to the post-apocalyptic Patty-less world adds depth to his character. The promotion of teamwork and loyalty throughout the film is enhanced by the fact that these perennial foes must put aside their pasts for the greater good of sea-kind. Plankton’s development into a dependable ally with diverse emotions creates a storyline that diverges from the expected.

With Plankton’s new role taking time to develop, though, fans of Patrick Star’s unique flavor of humor may be disappointed at his amount of screen time, or lack thereof. Usually one of the major stars of any SpongeBob production, Patrick unfortunately is forced to take a backseat to this new duo. However, even in this more limited role, Patrick is still able to deliver his lovable goofy-goober greatness.

Although this film’s characters and themes are geared for young children, Tibbitt and his team of writers make sure to include a subtle layer of satirical humor for the parents and older siblings. SpongeBob enthusiasts will rejoice in the film’s smart critiques of the illogical behaviors and overreactions all too common in today’s society. From rioting and vandalism to recycling practices, Sponge Out of Water masterfully intertwines comedy with questions of what we value and why.

The intelligent use of more adult material is one of the many aspects of SpongeBob productions that the show’s older fans have come to appreciate over the years. But with this film, Tibbitt and team are gunning to do things differently from the very first frame. The film was promoted using mainly clips from scenes that portrayed three-dimensional characters up on land, initially causing SpongeBob purists to question how much of the film would veer away from its traditional two-dimensional style.

Despite this worry, Sponge Out of Water delicately balances the new techniques and appearances with the classic drawn appeal in a way that appeases both those who desire a fresh take on the sea’s most beloved sponge and those who prefer the vintage look. Though the visual effects stray from what viewers are accustomed to, continuity in the style of comedy is firmly intact throughout—promising all the irony and randomness that has made SpongeBob an installment for all age groups.

With themes ranging from friendship and heroics to respecting intellectual property rights, Sponge Out of Water reaches a depth not typically found in most films, let alone those of the PG, animated kind. Absorbent and yellow and porous he may be, SpongeBob brings us yet another example of reflective hilarity in his latest quest to save the day, so if nautical nonsense be something you wish, then this film will easily have you dropping on the deck and flopping like a fish. 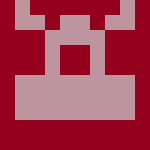