An expensively dressed woman gazes sternly through a portrait at a naked Greek sex slave statute in the center of the room. A black man being chained into slavery on one wall looks out at four white men pleasure cruising on another. The juxtaposition is nothing short of breathtaking.

These are just a few of the dialogues created in the National Gallery’s newest exhibit American Masterworks from the Corcoran 1815-1940. Containing its first Remington cast, “Off the Range (Coming Through the Rye),” its second-ever Edward Hopper painting, “Ground Swell,” and Frederic Edwin Church’s iconic “Niagara” (1857) the exhibit functions both as a trophy room and a controlled detonation of ideas.

The exhibit ranges over the foundations of American art all the way to the edge of postmodernism. Entering, the viewer is confronted with a rose colored vista of the ruined Parthenon, Samuel Robinson Gifford’s “Ruins of the Parthenon.”

To its left lies an impressionist blur of a French valley with Theodore Robinson’s “The Valley of the Seine, from the Hills of Giverny, 1892.” The selection highlights the foundations of the first uniquely American art movement. Lacking the historical legacies of mid-19th century European nations, Americans designated their untouched wilderness as the center of their national identity.

Opening with Gifford’s “Parthenon” and Robinson’s “Valley” forces the viewer to enter the gallery through the birth of American art—frozen mid-transition from a European framework into its own movement.

Just a few steps around Gifford’s “Parthenon,” a brutal gender dialogue awaits next door. A portrait of a wealthy, displeased looking woman gazes down on the centered statue of a naked woman in Hiram Powers’ “The Greek Slave, 1846” positioned as a sex slave. Although the curator’s intention of placing these two pieces together is unclear, the sight of the two pieces in conversation with each other, though, is striking.

In the next room, the three keystones of the collection— Frederic Church’s “Niagara,” and Albert Bierstadt’s Mount Corcoran” and “Last of the Buffalo” all display the North American wilderness in its most picturesque majesty. All three works, from members of the Hudson River School, are enourmous—each larger than a person, and luminous in detail.

In Mount Corcoran, Bierstadt creates a vista that spans from the bottom of Mount Corcoran to an open sky that dominates half the portrait, projecting the viewer into a sense of limitless space and cultivating the sense of manifest destiny these landscapes embodied.

The room invokes a visual of 19th century ideology and the power and potential of a working democracy mirrored by the stunning natural beauty of the American continent.

The back of the exhibit brings viewers face to face with the race relations rendered invisible in Church and Bierstadt’s landscapes. Aaron Douglas’s “Into Bondage” from 1936 depicts a man being chained into slavery directly opposite the wealthy boaters of Edward Hopper’s “Ground Swell” from 1939—highlighting the direct exploitative relationship between the blacks who built the country and the whites who enjoyed it.

American Masterworks from the Corcoran is the curator’s equivalent of being gifted a fortune in a distant relative’s will. The exhibit’s arrangement both highlights some of the Corcoran Gallery’s finest American art and presents it in fresh and engaging dialogues. It is sure to become a necessary visit for nature lovers and American history buffs alike. 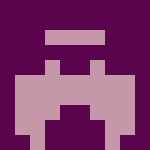