Carrying On: Breaking the silence around mental health

This past weekend, I did something incredibly nerve-wracking for me. No, it wasn’t exposing myself to the arctic weather or even the smutty antics and laughable dialogue of Fifty Shades of Grey—though I did both. I’ll spare you the think piece. I got onstage in front of other humans and talked about vaginas.

Being in The Vagina Monologues is something that I’ve always wanted to do at Georgetown, but only did my senior year because of study abroad conflicts and extreme underclassman shyness. Crossing this item off my bucket list has been a rewarding experience—it forced me out of my comfort zone. It challenged me to tackle performance anxiety, as well as a taboo subject of both political and personal significance, all in one fell swoop.

This recent experience has also gotten me thinking about another taboo subject that has failed to gain the kind of mainstream attention that comes with nationally popular theater productions and Beyoncé’s stamp of approval: mental health.

The social stigma surrounding mental health issues on a campus like ours with a culture of perfection should be no great shock, as keeping up appearances demands repressing all signs of “weakness.” Dismantling this structure of silence is necessary to making any kind of progress. In the way that The Vagina Monologues allows a space for women to be vocal about a subject that is typically kept in the dark; we need more spaces like this for mental health activists to share their stories and encourage others to do the same.

We need this now more than ever, and it seems like students are ready for change. Mental health on college campuses has seen an uptick in news coverage in recent years, mostly because the incidence of students dealing with mental health issues appears to be rising. A recent study from UCLA showed that the percentage of surveyed students who reported to have felt depressed has risen from 6.1 to 9.5 percent in the last five years.

The reasons for that rise are difficult to fully understand, but the simultaneous increase in visibility of these issues and of an apparent willingness to admit them are cause to be at least a little optimistic. That raised percentage, however, is also an indication that  more students that need more help.

It’s undeniable that this should be seen as a call to action for the colleges that owe accessible mental health services to their students. When I interviewed students in the fall of 2013 about their various experiences with CAPS on campus, I found that many struggled with the long wait times, the lack of individual attention, and the financial difficulties of sustained care.

Many also pointed to the institution’s lack of visibility on campus, as most students get little more than a few brochures about counseling services at NSO and have to independently seek out those resources. Part of the problem is that the students most in need are least likely to have the energy to get help, so it’s the responsibility of the institution that provides those services to make sure they’re at least as visible as the free condoms that H*yas for Choice gracefully doles out to the community.

Across the country, students appear to be rising to the challenge posed by insufficient mental health services. At Yale, for instance, a student suicide has sparked an explosion of op-eds in the Yale Daily News as well as the activism of the college council and other campus groups to create programs to connect students with campus resources. A college council student coalition, a Mental Health Fellows program, and mandatory bystander workshops are just a few of the ideas apparently coming to fruition on Yale’s campus.

These are all encouraging signs, and Yale’s innovations are ones that we should explore on our own campus. Though Active Minds, a student organization that works to destigmatize mental health problems, has already made positive first steps at Georgetown, I knew nothing about it until I did a little research. We need more visibility for such organizations, as well as real institutional change.

The recent GUSA brouhaha has positioned mental health policies at the forefront of discussion, as the Luther-Rohan ticket has promised to prioritize mental health reform in their potential administration. Propositions like required Title IX training, expansion of CAPS hours, and subsidizing CAPS visits are goals to applaud and perhaps the greatest reasons I’ll vote for them, besides their penchant for funny videos. I also hope, however, that a new administration would also work to create more spaces for mental health education and advocacy. We need a radical change in our culture as well as our institution, and that starts with a willingness to speak. 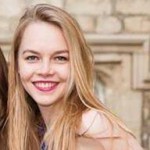 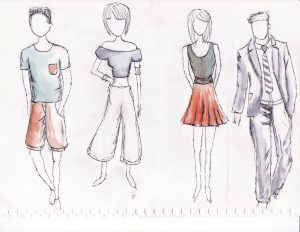