Before his joint session speech to Congress on Feb. 28, Donald Trump called for a “compromise” on immigration. This move came in light of increased U.S. Immigration and Customs Enforcement (ICE) raids and deportations. But while Trump built much of his campaign around the promise to have ICE deport the “bad hombres,” these raids have produced stories of mothers, fathers, and community members being caught, held in federal buildings, and separated from their loved ones. The surging anti-immigrant sentiment both within the American government and within the American psyche which has fueled these actions is not new. These prejudices have plagued our society since its inception. 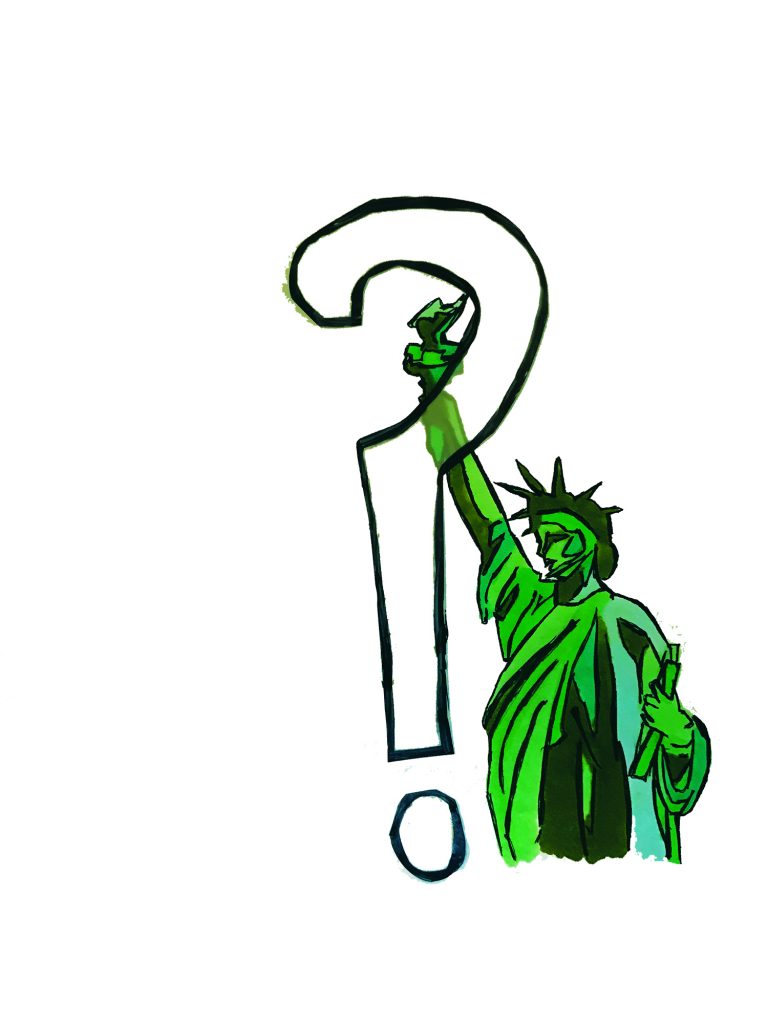 At the Women’s March on Washington in January, I was struck by a speech from a six-year-old girl named Sophie Cruz. During the speech, Sophie expressed her fears for her family in the wake of the election. Like many children of Latino immigrants, Sophie was afraid that she would be separated from her mother and father, something that seems unfathomable in a developed country. I come from a family of immigrants: Irish, Polish, German, Czech, and a medley of other Eastern European countries. My grandmother makes hand-made Polish pierogi (a Polish take on the dumpling), and my family enjoys Irish stuffed cabbage on St. Patrick’s Day. Despite the assimilation of immigrants from my grandparents’ generation into American society, many conservatives are wary of immigration and view it as something that can destroy the fabric of our society. It has been found that immigrants bolster the economy, largely disproving the notion that immigrants steal jobs from “Americans.” Yet, in spite of the immorality and impracticality of their actions, ICE continues to round up immigrants who have been living in the U.S. and paying taxes for decades. American communities, including those at the forefront of the conservative movement, fall victim to their own prejudice when a member of their town is taken away, leaving those left behind to pick up the pieces.

My ancestors came to this country in large, packed boats with barely any personal possessions, dreaming of a life beyond the confines they knew in the Old World. These dreamers, like you, worked hard to create decent lives for their families so that they may realize the American dream. Many who came from Europe had no possessions and very little education, yet one of the largest obstacles to their citizenship was a mere test for illnesses conducted once they reached the U.S. Despite this, the path to realizing the American dream as an immigrant was still mired with prejudice. My ancestors were compelled to change their names to better fit in with the society they were entering. Irish Catholics, one of the prominent minority groups to emigrate to the U.S., were treated as second-class citizens on the basis of their nationality and their religion for centuries. Even when John F. Kennedy ran for president in 1960, his critics claimed he would act as a puppet to the Pope due to his Catholic faith. This discrimination was lessened in time, yet this brand of hatred has always found new forms and targets, and today is embodied in the new president’s immigration agenda.

The irony that this nation, full of anti-immigrant fervor, has a Statue of Liberty asking for “tired, huddled masses yearning to breathe” at its coast is not lost on myself and many other Americans. Whether it be on the cracked linoleum on Ellis Island or the hot pavement of Selma, Alabama, American history has been a battle between our highest ideals and the ugliness of the discrimination instilled in our society. I believe that through hard work and much introspection, these hurdles can be overcome. However, this may seem to be little comfort to you, when the man living in the White House leads on the latest wave of anti-immigration sentiment.

While things may not improve quickly, I am hopeful that through community organizing, social activism, and a free and independent press, things will begin to change sooner rather than later. Change, no matter how dire the situation, always begins from the bottom up. Within each and every one of you I see the dreams of my ancestors: their hopes, their fears, and their talents. Our nation was built on the idea that anyone, regardless of their origin, should have the opportunity to contribute to our society and culture. You have a purpose in this country. No matter what the government or conservative figureheads say. Your home is here. Like Sophie Cruz concluded at the Women’s March: Yes, you can. “Sí, se puede.”

Ryan is a freshman in the College.