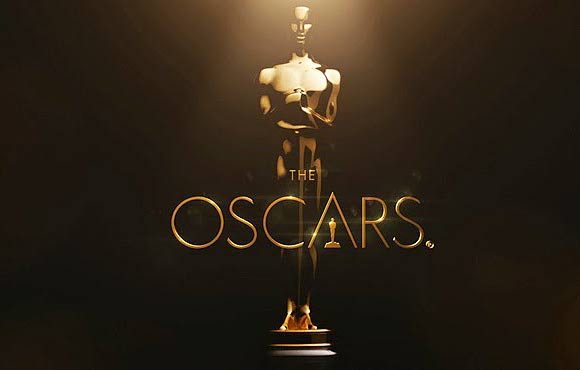 It’s the most wonderful time of the year! With stars young and old, fascinating and unpredictable races, and Neil Patrick Harris hosting, Sunday’s Oscars have the potential to be one of the best awards shows in many years. Add to the equation my semi-educated predictions, and you have essentially a perfect night. When reading these, keep in mind that I have little to no expertise. Also, I am sensitive. So when you go back and see how many I got wrong after the show, be nice. Please.

Could Win: Felicity Jones, The Theory of Everything

Many have labeled this a down year for the Best Actress category, but I thoroughly enjoyed most of these performances, especially Pike’s and Jones’. With Golden Globe and SAG victories in her pocket, Moore has all the momentum heading into Sunday night. I personally think that Gone Girl is  critically underrated, perhaps simply due to its buzz wearing off in the months since its release, though I cannot deny Moore would be a worthy victor. Jones and costar Eddie Redmayne still have an outside shot at sweeping the lead acting categories, but that does not seem as likely now. Marion Cotillard, nominated for Two Days, One Night, probably stands on the outside looking in at other contenders. Her film has simply not generated as much buzz as some of the other works, and it is undeniably tough for the consistently phenomenal Cotillard to wow us at this point. Reese Witherspoon (Wild) is the final nominee, and also put forth an excellent performance, but her momentum seems to lag behind.

Could Win: Laura Dern, if by Laura Dern you mean Patricia Arquette.

Like Best Actress, this category has a heavy favorite, with Arquette cleaning up at just about every other major awards show to this point. Laura Dern joins Witherspoon with a standout performance in Wild, but this is Arquette’s category to lose. Much of Boyhood’s appeal stems from Richard Linklater’s groundbreaking direction, but Arquette (along with Ethan Hawke) helps elevate the film to iconic status . Keira Knightley (The Imitation Game) and Emma Stone (Birdman or (The Unexpected Virtue of Ignorance)) have memorable moments in limited screen time, but their performances fall short of Arquette’s career-defining turn. At the risk of offending…everyone?…Meryl Streep probably should not even be here. She’s still great, though!

Will Win: Michael Keaton, Birdman or (The Unexpected Virtue of Ignorance)

Could Win: Eddie Redmayne, The Theory of Everything

Should Win: Benedict Cumberbatch, The Imitation Game (A boy can dream, ok?!)

While some have knocked on the allegedly underwhelming Best Actress field, it is nearly impossible to deny the strength of this field. I do not think Steve Carell, nominated for Foxcatcher, quite reaches the level of the other nominees (and one could make a good case for David Oyelowo taking his place), but his performances is nevertheless outstanding. From there, I struggled with picking both who I wanted to win and who I think will actually take home the trophy. All signs point towards a Redmayne vs. Keaton faceoff, and both men are highly deserving, having delivered performances that would probably garner easier victories in many years. I flipped my Will Win and Could Win picks about 972 times and still don’t really know, but I would not be surprised by Keaton squeaking out a victory thanks to Birdman’s obvious appeal in the movie world. Rounding out the category are Bradley Cooper (American Sniper) and Benedict Cumberbatch (The Imitation Game). Cooper’s portrayal of Chris Kyle is moving and complex, but I would guess that the somewhat mixed reactions to the film unfairly knock him out of contention. Cumberbatch is probably where my anti-bias devices stop working. I love him with all of my heart. Combine that with my fascination with Alan Turing’s story, and you get to The Imitation Game status as my favorite film of the year. It’s hard to question Keaton’s meta-performance or Redmayne’s beautiful portrayal of such an important man, but I at least want to take the time here to remind people just how nuanced and affective Cumberbatch was as the man who saved millions of lives in World War Two. That is all!

If I had to rank the five nominees, Norton and Hawke would probably tie for a strong second, but it’s hard to imagine anyone slowing Simmons’ roll. He is more than deserving (Life Hack: see Whiplash), and it’s heartwarming to see an older actor get his moment in the artificial sun of a well-lit theatre. Robert Duvall (The Judge) has my respect and Mark Ruffalo (Foxcatcher) my mancrushing love, but I see the gap between them and the other three nominees as a sizable one. I apologize for the cop-out tie for second/Could Win, but I make the rules! Just kidding, the editors make the rules. Moving on!

Linklater and Alejandro (I like to pretend we’re on a first-name basis) are the clear frontrunners, though deciding between them is trickier. Bennett Miller (Foxcatcher) is probably content with a second nomination in this category, and Morten Tyldum (The Imitation Game) will probably be back again. Wes Anderson (The Grand Budapest Hotel) finally has a directing nomination to go along with now five other nods, and in some years his endlessly fun auteurism might give him a significant chance at winning. This year, though, innovation will reign supreme one way or another. After my professional and statistical analysis, consisting of closing my eyes and picking a name at random, I think Linklater will top Alejandro, maybe as a sort of consolation for Best Picture. Both did incredible work on films that were artistically stunning and captivating pieces of entertainment. Either would be a deserving champ.

Will Win: Birdman or (The Unexpected Virtue of Ignorance)

Before getting into the most interesting debate of the night, let’s give the rest of the nominees the credit they deserve. Selma and American Sniper are powerful tributes to complicated men, and the debates they sparked reassert just how meaningful cinematic expression can be. The Imitation Game and The Theory of Everything are also powerful tributes to complicated men, and even if they’re not contenders, we can find solace in gaining access to more complete stories of two individuals who shaped the course of modern history as much as anyone in the past century. The Grand Budapest Hotel may be the only nominee that can threaten Birdman in terms of sheer fun, and it will stand the test of time as a crowd-pleasing culmination of Anderson’s quirk. Whiplash (Life Hack #2: see Whiplash) is the most underappreciated of the bunch, and I hope Simmons’ likely victory will give it some of the attention it deserves.

But to the real debate!

Many things could happen in the Director and Picture races. Boyhood and Birdman are both capable of sweeping the categories. When it comes down to it, when I have to flip a coin and choose, I think the ode to theater and theatre and “the craft” that is Birdman is too appealing for the Academy to ignore. It can be difficult to parse out the nuances that separate the Director race from the Picture race, but here the Academy should be able to. Boyhood is largely unique because of Linklater’s approach. At times I found the story a bit plodding, which makes me lean towards Birdman for the title. Linklater’s ambition will likely get him a victory, but Birdman has the story and the performances to ensure the biggest victory of the night.

I have hedged my bets here, hoping that the Academy takes the chance to honor two fantastic films. But who knows? That’s the fun part.

Could Win: The Grand Budapest Hotel

If things go Boyhood’s way, this could be a consolation prize for Birdman, and cinematographer Emmanuel Lubezki (who won last year for Gravity). Grand Budapest’s Robert Yeoman, like his director, will probably fall victim to an unusually strong frontrunner. Lubezki should win this one, making up in part for Linklater overtaking Inarritu.

Will Win: The Grand Budapest Hotel

Should Win: The Grand Budapest Hotel

More than just me hoping that Wes Anderson manages to take home a trophy, this is a category in which he has a legitimate chance at overtaking Birdman and Boyhood. Buoyed by a BAFTA victory, Anderson (who wrote the script with Hugo Guinness) seems to be in good shape here. His script bounces from scene to scene and cameo to cameo, fitting tidily into his playhouse of a world.

Will Win: The Imitation Game

I really do not think there is much hope for Paul Thomas Anderson’s Vice, but I thought he deserved some credit here. Graham Moore’s screenplay for The Imitation Game is tight and tense and deserving, though American Sniper, Whiplash, and The Theory of Everything all have the potential to upset. I hope Moore gets the title he deserves, but if I had to concede the category to someone else, I would hope it was Damien Chazelle for Whiplash.

Will Win: The Theory of Everything

Could Win: The Grand Budapest Hotel

I restrained myself from mentioning Interstellar in some of the major categories, so consider this my time to remind everyone that the film was extraordinary, at least in terms of its cinematic ambition. Hans Zimmer’s score was enormous, but the silences in spaces were just as striking. Alexandre Desplat (also nominated for The Imitation Game) helps augment the appeal of Wes Anderson’s world in Grand Budapest, but in my opinion I would guess that The Theory of Everything’s Johann Johannsson will take home the prize. The film’s leads are phenomenal, but even still there are moments when the score steals the spotlight for brief periods of time.

Will Win: How to Train Your Dragon 2

Should Win: The LEGO Movie

I’ll try not to go on and on, as many people have already made it clear just how horrific the LEGO snub is. With the favorite not even in the field, this could be a free-for-all. How to Train Your Dragon 2 is probably the easy pick, with commercial success behind it, but Big Hero 6 and The Boxtrolls both achieved rather surprising critical success and could spring upsets. Without LEGO around, the door is also open for the two foreign nominees, Song of the Sea and The Tale of the Princess Kaguya. I’m finding it hard to get invested in this specific prediction. If you’ll excuse me, I’m going to listen to “Everything is Awesome” until life makes sense again.

Whatever Sunday night holds, the major races warrant staying up into the late hours. If my picks turn out to be accurate, be sure to praise me endlessly. If not, take them with a grain of salt, and be nice! Fields filled with both likable stars and deserving veterans promise that winners will be both deserving and appreciative. Almost everything will be awesome.