The subject of politics frequently finds its way into the Academy Awards, and the 2015 Oscars were no exception. Not even including red carpet movements such as #AskHerMore, this year’s onstage, on-air acceptance speeches combated racism, sexism, LGBTQ discrimination, immigration, and even ableism. What made this year’s statements starkly different from the Oscars’ most famous (or infamous) political moments, however, was their pertinence and the solidarity behind them.

The emotional performance of “Glory” from the movie Selma by Common and John Legend brought the audience to its feet and made some attendees, black and white, tear up from its powerful impact. Even more inspiring, when receiving the award for Best Original Song, Legend said, “We wrote this song for a film that was based on events that were 50 years ago, but we say that Selma is now, because the struggle for justice is right now.” Connecting the moment to politics, he continued, “We live in the the most incarcerated country in the world. There are more black men under correctional control today than were under slavery in 1850.”

Rewind nearly three decades to the 1988 Oscars, during which Eddie Murphy presented the award for Best Picture—reluctantly. On stage, the comedian explained that when his manager first told him the Academy had asked him to present the award, he refused because it hadn’t properly recognized black people in motion pictures. Then, after a few jokes littered throughout his speech to lighten the mood, he said, “We have to be recognized as people. I just want you to know I’m going to give this [Academy] Award, but black people will not ride the caboose of society and we will not bring up the rear anymore—I want you to recognize us.” And although the Academy has not made much progress in this area, the rest of Hollywood has. Both Murphy’s and Legend’s speeches addressed racial prejudice; however, while the former received the occasional awkward obligatory laugh and polite applause, the latter was met with teary eyes, heartfelt cheers, and a standing ovation from numerous audience members.

As I mentioned, this was not the first time the Oscars got political. In 1973, Marlon Brando declined his Best Actor award for The Godfather altogether, instead inviting Native American activist Sacheen Littlefeather to the stage to speak out against the “treatment of American Indians today by the film industry.” In 1993, presenters Richard Gere, Susan Sarandon, and Tim Robbins pissed off the Academy by addressing human rights abuses both at home and abroad. Accepting the 2003 Best Documentary award for Bowling for Columbine, Michael Moore concluded his politically-charged speech with, “We are against this war, Mr. Bush! Shame on you, Mr. Bush!”

Unlike in past political Oscar moments, however, Legend’s remarks were directly relevant to his award. Even more amazingly, so were the rest of the political speeches from this year’s Oscars. Patricia Arquette, who played the mom in Boyhood, used her acceptance speech to relevantly address women’s rights, proclaiming, “We have fought for everybody else’s equal rights. It’s our time to have wage equality once and for all and women’s rights for everyone in America.” The Imitation Game screenwriter Graham Moore connected the film’s protagonist, Alan Turing, to his own suicide attempt and the current treatment of LGBTQ youth in America. “Stay weird. Stay different. And then when it’s your turn, and you are standing on this stage, please pass the same message to the next person who comes along,” he said.

When Sean Penn won the Best Actor award for his portrayal of Harvey Milk in 2009’s Milk, during the battle in California over the Proposition 8 ballot initiative that opposed same-sex marriage, he used his speech to condemn discrimination against LGBTQ individuals. “I think that it is a good time for those who voted for the ban against gay marriage to sit and reflect and anticipate their great shame and the shame in their grandchildren’s eyes if they continue that way of support,” he said.

Ironically, Penn drew ire rather than applause at this year’s awards when he announced his friend Alejandro González Iñárritu and company as the winners for Best Picture for Birdman and joked, “Who gave this guy a green card?” Iñárritu followed with a moving speech, “I hope Mexican immigrants in this country can be treated with the same dignity as the ones who came before and built this immigrant nation.”

The Academy Awards have come a long way since 1978, when presenter Paddy Chayefsky said, “Winning an Academy Award is not a pivotal moment in history, does not require a proclamation, and a simple ‘thank you’ would have sufficed.” This year, the winning films, and accompanying acceptance speeches, did mark pivotal moments in history and addressed universal areas of concern—which were rightfully met by solidarity from the Hollywood community in attendance. 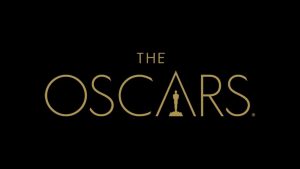 Carrying On: Reflecting on Death and My Grandmother’s Disease