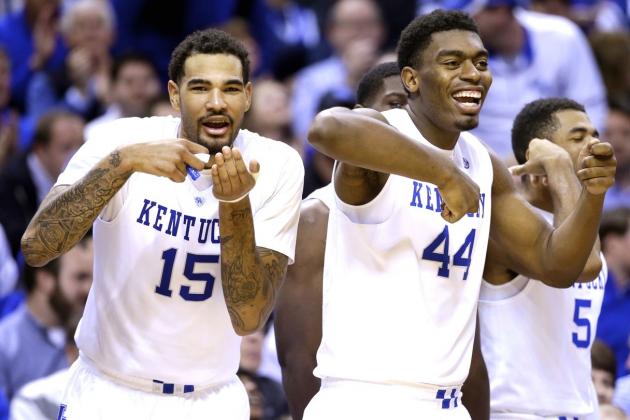 America has been talking about them all year, and it won’t stop now. With their recent win over the Bearcats of Cincinnati, the Kentucky Wildcats are heading to the Sweet 16 with a perfect record still intact. There they will meet a tough West Virginia team, and with a victory would go on to face the winner of Wichita State and Notre Dame in the Elite 8. A victory there would send them to the Final 4, probably against either Wisconsin or Arizona. That could potentially be followed up by a trip to the finals, most likely against Duke or Gonzaga, but anything is possible by that point.

For the NCAA, this setup has been a dream come true, and Kentucky will help them to set record viewership numbers for a few reasons. The most obvious reason is that their streak is still intact. The Wildcats are now only four wins away from doing something that no team has done since the 1976 Indiana Hoosiers—complete an undefeated, national championship season. That possibility will create an undoubtable draw to their games.

The tournament committee consciously helped themselves in creating a compelling tournament centered on Kentucky. This began in drawing up the Midwest region. Kentucky, the clear favorite, gets the number one seed. However, even accounting for the number one overall team, the rest of the section is relatively weak, especially in regard to teams with a big inside presence. This is important because a big inside presence will be necessary to take down Kentucky, and the lack of one in the Midwest makes it highly probable for Kentucky to walk into the Final Four.

However, once there, the committee has created some very intriguing matchups for the undefeated team. In the semis, they will most likely square off against Arizona or Wisconsin, and un like any teams in the Midwest section, these two are capable of controlling the paint for 40 minutes against almost anybody. This matchup will be surrounded by unequaled hype, except for a potential finals matchup between Kentucky and either Duke or Gonzaga. Likely for two consecutive games, Kentucky will have to go up against two of the only teams in the country naturally built in a way that can beat them. The intrigue will be through the roof.

The tournament committee did not stop there in terms of building the center of the tournament around Kentucky. They also took an invested interest in the East region where they placed a highly suspect number one in the form of Villanova. Compounding that, they also threw in an injury-burdened Virginia team (who had previously played on an extremely high level before unfortunate health incidents) against a Tom Izzo-led juggernaut of a seven seed. This section on the other side has, as expected, created a wide-open field. As a result, everyone who picked Kentucky to win it all now likely has even more riding on their success because of an Eastern region relatively devoid of big points. Long story short, there will be plenty of people watching the remainder of Kentucky’s run, and with good reason. 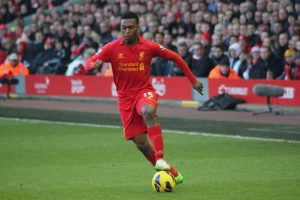