A dash of 24, sprinkle in some Tom Clancy, add a pinch of Breaking Bad, and you have Narcos, the Netflix original series detailing the rise and fall of Colombian drug lord Pablo Escobar. The first season, composed of just ten hard-hitting episodes, follows Escobar (played by Brazilian native Wagner Moura) as he builds an empire, flaunting the power of a king over a fractured, vulnerable nation.

Boyd Holbrook costars as DEA agent Steve Murphy, providing narration at times, but Moura’s Escobar makes the show tick. Objectively, Pablo Escobar was a cruel and malicious man. He developed and nurtured a cocaine empire, murdered or arranged the murder of hundreds of people, and destabilized the same nation he claimed to love above all else. But you kind of root  for him. Watching Narcos, you’ll want the DEA and Colombian forces to track Escobar down, but you also want to see just how far the evil kingpin can go, to what extent he can stretch himself before toppling everything he has fought to build. The dramatic action of the show makes it easy to forget how real Escobar was — and how much pain he inflicted.

Moura’s performance strengthens as the season progresses, with Pablo rising to extraordinary heights before facing concurrent threats of violence, death, and imprisonment. Director Jose Padilha and writer Chris Brancato present Escobar as a fragile, sensitive being. Moura delivers one memorable scene after another as circumstances and acquaintances undermine Pablo’s needs for loyalty and respect. To humanize a drug lord is a strange thing, but this act also makes Escobar’s rise even more troubling, and in some sense impressive. Is an intelligent but normal man, weighed down by an enormous proverbial chip on his shoulder, capable of attaining billions of dollars and worldwide notoriety? One would think this is the stuff of fiction. The juxtaposition of Escobar’s entirely human internal conflicts and his vast influence on everyone from the DEA to the entirety of the Colombian government makes for compelling viewing.

If the show lacks in one department, it is probably in that of Holbrook’s Murphy and the other members of the American delegation. At times, their presence and endless failures feel like interruptions, taking away from the compelling narratives of Escobar and his partners. Some of this seems intentional, with the Americans always on the outside looking in at a nation and culture they cannot fully comprehend. Everything from the tracking cinematography to the interspersed chunks of real news footage casts the viewer as spectator, helpless to stop Escobar’s atrocities. That being said, the dramatized personal narratives of the DEA operatives still feel unnecessary and underdeveloped, filling out episodes but delaying the audience’s chance to witness whatever crazy plan Pablo has laid out.

Like American favorites Dexter and Breaking Bad, Narcos challenges viewers by toying with their morals and desires, their thirst for bloodshed for which they are not directly responsible. Of course, Walter White probably falls somewhere closer to morally upright than Pablo Escobar, but the idea is similar. “Good and bad are relative concepts,” narrates Agent Murphy late in the season, having felt the effects of Escobar’s regime. The good guys have to be a little bad to make any progress in a war with such a mighty foe, yet that foe seems to want to be good more than anything. Escobar wants respect; he wants status; he wants to be recognized as a leader of his nation, of the men and women among whom he once lived. He, however, crosses far too many lines for those goals to remain attainable. His influence grows towards infinity, but he sinks further and further into the filth as it does, dragging down with him anyone who crosses his path. Escobar manages to harm those around him as he desperately reaches for greatness. 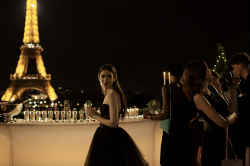