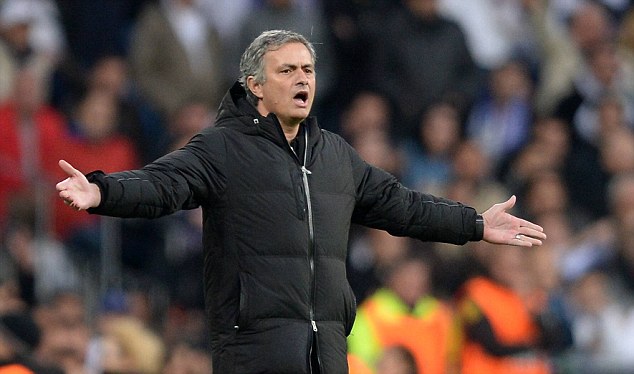 Whichever way you look at it, Chelsea FC is in utter free-fall. Ten full games into the 2015-2016 Barclay’s Premier League season, the defending champions find themselves mired in the shockingly awful position of 15th place. After achieving the title with relative ease just last season, Chelsea has won only three matches during the current campaign—losing five and drawing the other two. To put that into perspective, the team suffered defeat on a mere three occasions during their entire triumphant 2014-2015 season.

The statistics behind Chelsea’s start to the season are incredibly grim, revealing a team in total crisis. They have conceded an appalling 19 goals to opponents, while only managing to score 15 goals themselves. To add insult to injury, as the highest scoring player on Chelsea has only 2 goals, the 3 own goals committed by opposing teams form the largest contribution to Chelsea’s meager goal tally.

Already, Chelsea sits 11 points behind league-leading Arsenal after experiencing embarrassing losses to traditionally weaker teams such as Crystal Palace, Everton, and West Ham United. Chelsea’s fall from grace has been so incredibly catastrophic that it’s almost surreal, as if someone forgot to flip on a power switch at the beginning of the season. This all leads to the single burning question from the collective mind of the soccer world: how could the brilliantly successful team of the previous term become completely unraveled in a matter of months?

The Chelsea defense of the 2014-15 campaign was a marvelous unit of power and consistency. Boasting the finest record in the league by allowing only 32 goals in 28 games, Chelsea’s defense provided the firm foundation for the success of last season’s squad. However, the narrative has shifted towards negativity this season, as Chelsea’s defense has conceded the second most goals of any team in the league. At first glance, there is no explanation for this dramatic reversal. Manager José Mourinho has stuck with the same four defensemen as last season, John Terry, Gary Cahill, Branislav Ivanovic, and Cesar Azpilicueta. If the personnel have remained in place, what could possibly be the issue?

The most likely culprit is age, the relentless pursuant of every professional athlete. Starting center back John Terry is 34 years old, an age that borders on ancient in soccer. Having been on the decline for several years, it appears now that the success of last season was his swan song. He simply isn’t capable of keeping up with the demands of the fast-paced, physical nature of the Premier League any longer. The same unfortunate tale applies to 31-year-old right back Branislav Ivanovic, who has endured a torrid run of form this season due to his waning physical abilities.

Moreover, Terry’s deterioration heavily affects his central defensive partner, 29-year-old Gary Cahill. Cahill has never been the type of defender to lead a back line; he depends upon a tactically intelligent, forceful partner to direct the defense. Due to Terry’s diminishing talent, Cahill’s deficiencies as a dominant defender have been exposed this season. The only bright spot of Chelsea’s defense has been left-back Cesar Azpilicueta, but even he has been playing out of position due to Ivanovic’s inability to perform on the left side.

As the most competitive league in the world, the Premier League forces teams to repeatedly upgrade their squads during the winter and summer transfer windows if they wish to perform at a high level. This mentality applies to every team; there are no exceptions for defending champions. Yet, Chelsea was largely ineffective during the summer transfer window, bizarrely signing two unproven players in Papy Djilobodji and Baba Rahman who have combined to make only one league appearance this season. The team also captured striker Radamel Falcao on loan from AS Monaco FC and Spanish winger Pedro from Barcelona FC for around 22 million pounds in a pair of supposed blockbuster deals. In reality, both players have made severely limited impacts for their new club, contributing a mere 1 goal apiece in several league appearances.

Just as important as the players that Chelsea successfully brought into the club are the players that they failed to bring in. Most notably, this includes the man widely viewed as John Terry’s natural successor, 20-year-old central defender John Stones of Everton FC. Chelsea submitted several substantial bids for Stones over the summer, but Everton refused to sell their future star player to a rival Premier League club.

Meanwhile, in comparison to Chelsea’s woes, many of the other Premier League teams experienced a fruitful summer transfer window. Manchester United brought in talents such as Bastian Schweinsteiger, Memphis Depay, and Anthony Martial, while Manchester City recruited world-class players in Kevin de Bruyne, Raheem Sterling, and Nicolas Otamendi. Even Liverpool, who finished in sixth last season, signed established performers such as Nathaniel Clyne, Roberto Firmino, and Christian Benteke. In any case, the combination of Chelsea’s poor transfer dealings and the successful purchases of opposing Premier League teams over the summer has been a key factor to their current disaster.

Where to begin with Chelsea FC’s enigmatic Portuguese manager? Widely regarded as one of the greatest managers of the generation, and perhaps of all-time, the 52-year-old Mourinho has won an astounding collection of trophies for many of the world’s biggest clubs. Yet, just as well-known as Mourinho’s managerial success is his penchant for courting controversy and off-field distractions, both of which have arguably contributed to Chelsea’s downfall this season.

The opening match of the season saw Mourinho become embroiled in a scandal with Eva Carneiro, Chelsea’s former first team doctor. After being summoned by the head referee, Carneiro rushed onto the field with colleague Jon Fearn to treat injured Chelsea player Eden Hazard while the game was tied at 2-2. On the sideline, Mourinho screamed at Carneiro not to go onto the field as he believed it would waste too much time. Despite the fact that Carneiro and Fearn was required by Premier League rules to treat Hazard on the field due to referee summons, Mourinho blamed the medical staff for needlessly using up time that Chelsea could have used to potentially score a winning goal. Carneiro was subsequently barred from attending practices and matches, as well as entering the team hotel. Over a month later, on September 22, Carneiro resigned as the controversy over Mourinho’s inexplicable accusations continued to rage on.

This season has already seen several other inflammatory events centered around Mourinho, including a post-match interview in which he blamed the referees for the team’s loss in a 7-minute rant (which resulted in a 50,000 pound fine) and an incident in which he roughly shoved away a 14-year-old boy attempting to take a picture with him on the streets of London.

In recent weeks, it has appeared as though Mourinho is willing to blame Chelsea’s struggles on anyone but himself, constantly referring to bad luck and poor refereeing during his post-match interviews. However, the bottom-line is that the performance of a soccer team ultimately comes down to the ability of the manager. It is worth noting that, despite his incredible success at other clubs, Mourinho has never lasted more than three seasons as the manager of a single team. Previous stints at Chelsea, Inter Milan, and Real Madrid all ended in turmoil, with Mourinho alienating club officials, supporters, and even some of his players due to his fiery nature. Now, many are pointing to his distracting antics as a large reason for Chelsea’s abominable start. It is quite difficult for a struggling team to focus on victory when their manager perpetually hits the headlines for all the wrong reasons. Thus, in the defining third season of his second Chelsea go-round, Mourinho appears to have made similar mistakes in drawing too much attention to off-the-pitch issues. One wonders if perhaps every team that Mourinho coaches will follow this comet-like pattern: triumphant and bright for a fleeting moment, but rapidly fizzling out in a blaze of chaos. 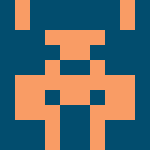