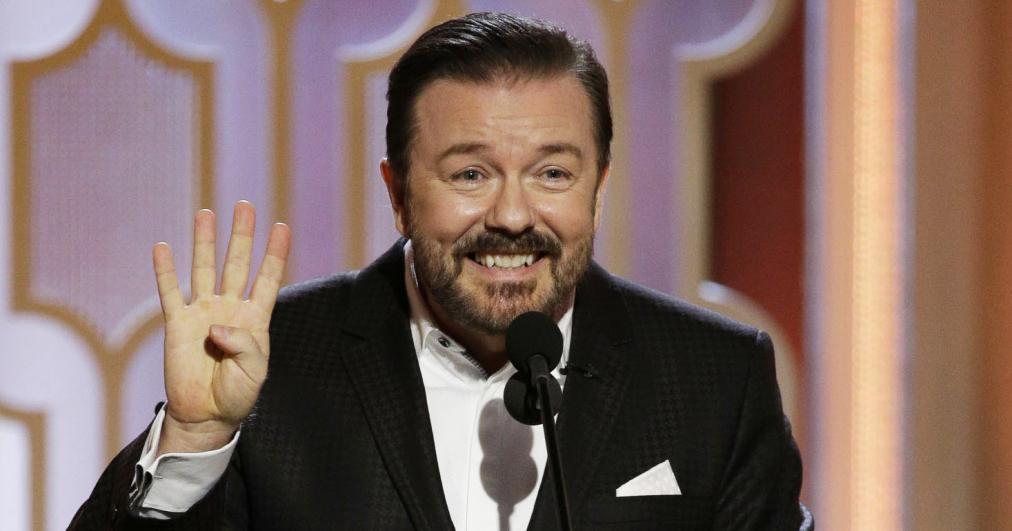 Due to free-flowing booze, circular tables rather than rigid auditorium seats, and twice the number of A-listers (stars from both television and film attend), the Golden Globes is notoriously known as the sloppiest stop of the awards season slog and, consequently, the most  entertaining to watch. Put on by the enigmatic and often ridiculed Hollywood Foreign Press Association (HFPA), the Globes are not the most useful tool in divining who will take home Oscar gold — the winners have almost no overlap with the winners of the Academy Award, a discrepancy proved even truer this year as the Academy closed its nominations days before the Globes occurred. Even as the HFPA and the Globes try to gain credibility as a legitimate precursor to Oscar glory, the 73rd Golden Globe Awards (which aired January 10, 2016 on NBC), still delivered cringe-worthy, yet oddly captivating, live television. With beloved co-hosts Tina Fey and Amy Poehler signing off from their three-year stint at the Beverly Hilton Hotel last year, the HFPA tapped acerbic, button-pushing comedian Ricky Gervais to host for the fourth time. Gervais, well aware of the discomfiting effect he has on his nervous audience given his track record of offensive jokes, seemed to take it in stride, settling in for his first long-winded insult of the night (“Shut up you disgusting, pill-popping, sexual deviant scum”) with a tall glass of beer at hand.

The rest of Gervais’ monologue featured tamer digs at Sean Penn and NBC along with more controversial ones targeting Caitlyn Jenner’s involvement in a deadly car crash and Jennifer Lawrence’s wage gap essay. “[Caitlyn Jenner] became a role model for trans people everywhere, showing great bravery in breaking down barriers and destroying stereotypes. She didn’t do a lot for women drivers, but you can’t do everything,” he quipped. Irate twitter users jumped on the perceived transphobic nature of Gervais’ jokes; the host remains unrepentant, claiming the accident was a fair swipe.

As for other buzzy moments, presenters like Jonah Hill, Amy Schumer, Blindspot’s Jaimie Alexander and the host himself kept the censors on their toes, resulting in a copious amount of bleeping for audiences watching at home and prompting Google searches like “What did Ricky Gervais say to Mel Gibson???”

Kate Winslet nabbed a Best Supporting Actress in a Motion Picture Drama for her underrated role in the biopic Steve Jobs and was pictured hugging it out with Leonardo DiCaprio, her old Titanic costar. DiCaprio picked up his own Globe for Best Actor in a Motion Picture Drama for The Revenant. Although his Globes win could not have directly influenced his subsequent Oscar nomination (Oscar nominations were released January 14), it is certainly indicative of a strong desire to finally get DiCaprio his own statue and he remains pundits’ favorite to win in February. On another note, his reaction to Lady Gaga bumping into his arm (after her win for Best Actress in a Miniseries for her role in American Horror Story: Coven) quickly stole the show and became a popular clip aired by entertainment outlets for days after the fact.

Because of surprise wins, little-known television gems like Amazon’s Mozart in the Jungle (it won Best TV Series, Musical or Comedy and Best Actor in a TV Series, Musical or Comedy, for Gael García Bernal) and the CW’s Crazy-Ex Girlfriend (its star Rachel Bloom won Best Actress in a Television Comedy or Musical) enjoyed renewed interest from audience members and critics alike. Amazon is so proud of Mozart’s two wins that they are streaming it for free.

Sylvester Stallone earned a standing ovation for his Best Supporting Actor in a Drama win for Creed, a continuation of the Rocky franchise. To Twitter’s dismay, Stallone forgot to thank his director Ryan Coogler and costar Michael B. Jordan, although the veteran actor did later express regret about this oversight. Everyone’s imaginary best friend Jennifer Lawrence bested her BFF Amy Schumer, winning  Best Actress in a Musical or Comedy for her role in Joy and is facing criticism after a video surfaced of her chastising a reporter for using his phone. Recently, Anne Hathaway has voiced her support for the actress, claiming the video was taken out of context.

Perhaps the two most ebullient moments of the Globes were Taraji P. Henson and Brie Larson’s acceptance speeches. Henson — who plays the already iconic Cookie in the hit series Empire — handed out cookies to audience members as she made her way to the stage for her Best Actress in a Drama TV Series win. Her supercharged, unapologetic speech included a hilarious takedown of the “wrap up” notice on the teleprompter. On the other hand, relative newcomer Brie Larson delivered a cool, collected speech when she accepted a Globe for Best Actress in a Drama Motion Picture for her role in Room. The one-two punch of compelling speeches by two talented actresses quickly became my personal highlight of the night.

With the The Revenant picking up the last few big awards of the night (Best Drama Motion Picture and Best Director) and one last Gervais complaint about the length of the show, another Globes barreled to a close, leaving new memes, new Twitter fights, and new awards season stars in its wake.

We Are Georgetown and You’re Not: Hoyas seek first top-10 win at No. 5 Xavier
Institute of Politics and Public Service welcomes new fellows