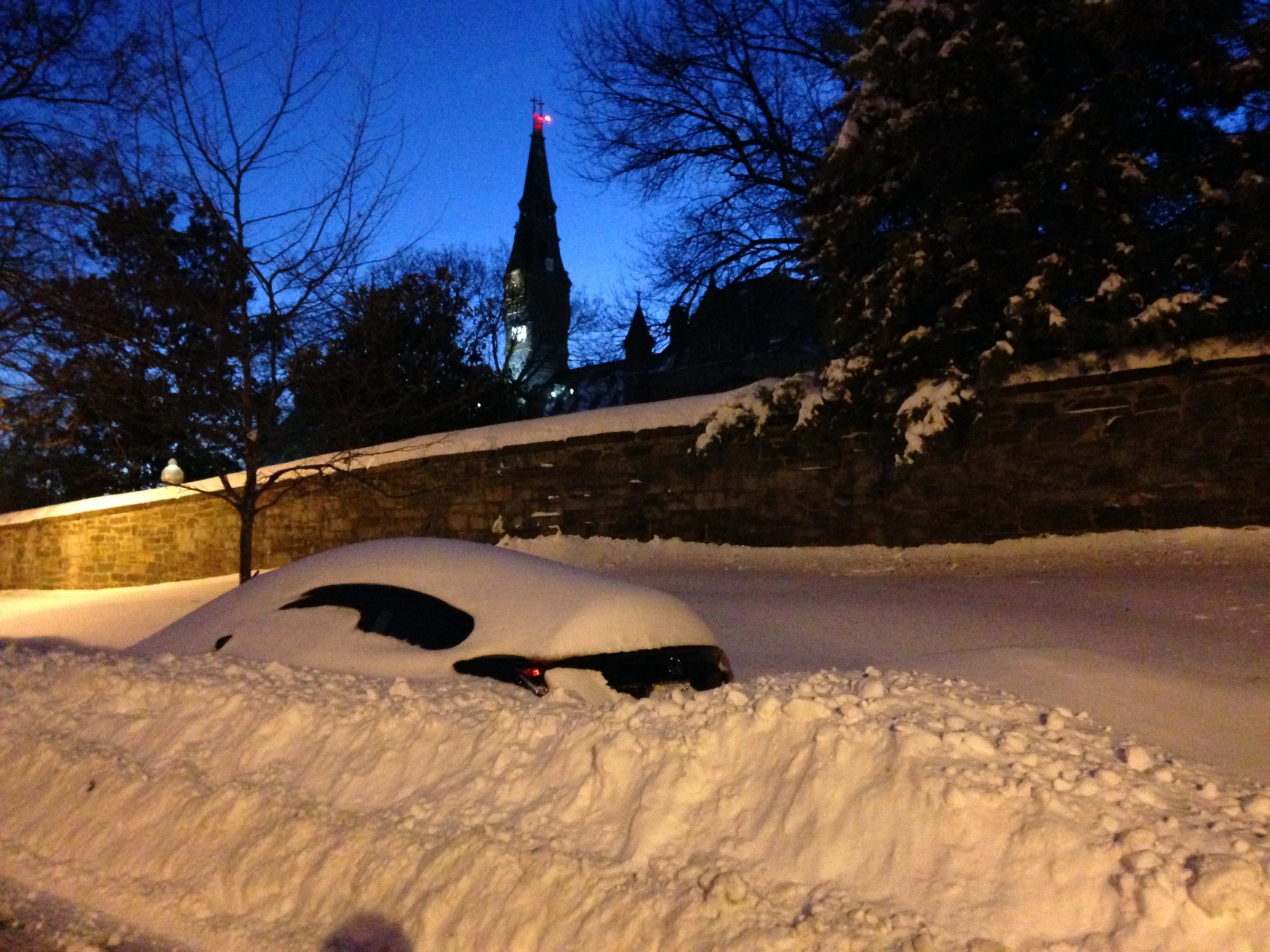 Winter Storm Jonas left more than just two feet of snow on the ground. In the days following the blizzard, a massive city-wide clean up effort was underway in order to get Washington back up and running. While the plows were out pushing mounds of the white stuff into corners of parking lots, and D.C. Department of Transportation employees were salting roads, D.C. policemen were busy citing negligent drivers who parked in areas reserved emergency vehicles.

However, D.C. Mayor Muriel Bowser announced last week that all tickets issued in this case will be voided. Naturally, certain members of the D.C. government, especially those generally placed in the anti-Bowser camp, are up in arms. And they have a point.

It’s true that Bowser’s decision to forego collecting on the parking tickets issued during the blizzard loses the city of Washington a boatload of money, money that could have gone to help fund the city’s clean up efforts. But her decision is certainly more nuanced than her critics make it out to be. While many in the municipal government will be seething over missing out on a windfall of cash, Bowser’s decision could give citizens and business owners struggling after the storm breathing room in terms of expenses.

Let’s start with the numbers. 2,829 tickets were issued for parking in emergency zones when the storm began on Friday, Jan. 22. The voiding of these tickets costs the city $707,250 in potential ticket revenue, which can certainly buy a lot of ice melt. For perspective, even without this lost revenue, the ticket revenue in other situations reached $1 million last Wednesday. That’s a lot of money, although relatively little compared to how much some governments will spend per hour cleaning their streets.

That being said, it’s money lost for the city and not for its citizens. Even though the Mayor’s Office claims that residents were warned well in advance of the implementation of emergency policy, a day’s notice seems a bit unreasonable if you don’t periodically check Bowser’s website or watch local television, especially in light of all the other preparations many Washingtonians were making before the storm.

The bottom line is that while residents who received these tickets might not be paying for their parking crimes, many of them are certainly paying for the storm in other ways. For starters, if any of the residents are small business owners, they lost a few days’ worth of potential revenue if they had to shut down or close early (which many of them did). They also likely had to spend money and time re-opening their businesses after Jonas had passed.

Employees working a job with an hourly wage also felt the effects of the storm on their paycheck. Closed businesses like restaurants or clothing stores means a loss in wages for the duration of the storm. If a business did brave the blizzard and remain open, these employees had to spend more of their money than usual just to get to work, as public transportation was shut down throughout the storm and driving in the snow consumes more gas than usual.

Many of the residents who belong to either one of these groups likely don’t have the financial wiggle room for extra expenses. And with everyone spending a little more money than normal to prepare for the storm, getting slapped with a fine, no matter how big or small, can make a large difference.

On a macro (albeit slightly less locally relevant) level, it’s estimated that for every day the Federal Government is closed, it costs taxpayers $100,000. But that hurts everybody, not just those ticketed.

That being said, this decision by Bowser is being interpreted in a number of different ways. Cable news anchors, such as NBC4’s Tom Sherwood, have been speculating that the city simply wasn’t ready to deal with the snow. To fine citizens when the government wasn’t even prepared would be embarrassing. Some writers in local publications mentioned Bowser’s approval ratings as a possible ulterior motivation for voiding the tickets. It certainly couldn’t have hurt her reputation among her constituents. Both of these are built on kernels of truth, and probably contributed in small part to the decision, but they’re also exceedingly cynical.

Since this choice is up for interpretation, here’s one more. Maybe Bowser’s decision shouldn’t be taken as a show of lackadaisical leadership, but an understanding that when a major snowstorm hits, it’s not just the city government who pays.

City on a Hill: House of Jokers