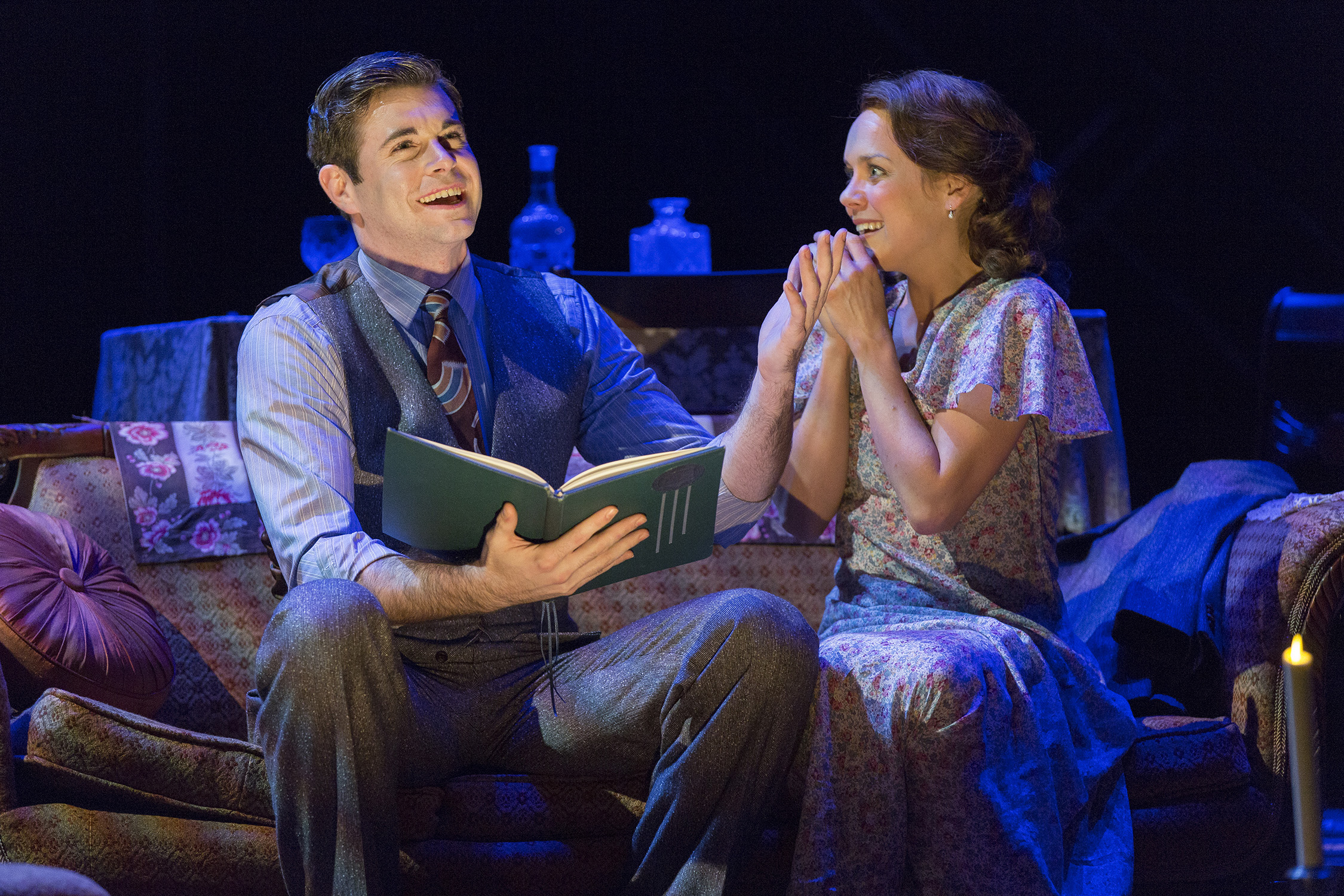 “So is this gonna be an upper?”

My friend — unfamiliar with The Glass Menagerie — leaned in and asked me about its happy-ending status as we waited for Ford’s Theatre’s adaptation of Tennessee Williams’ most famous “memory play.” I, a big fan of Williams and having read the play more than once, toyed with my response. 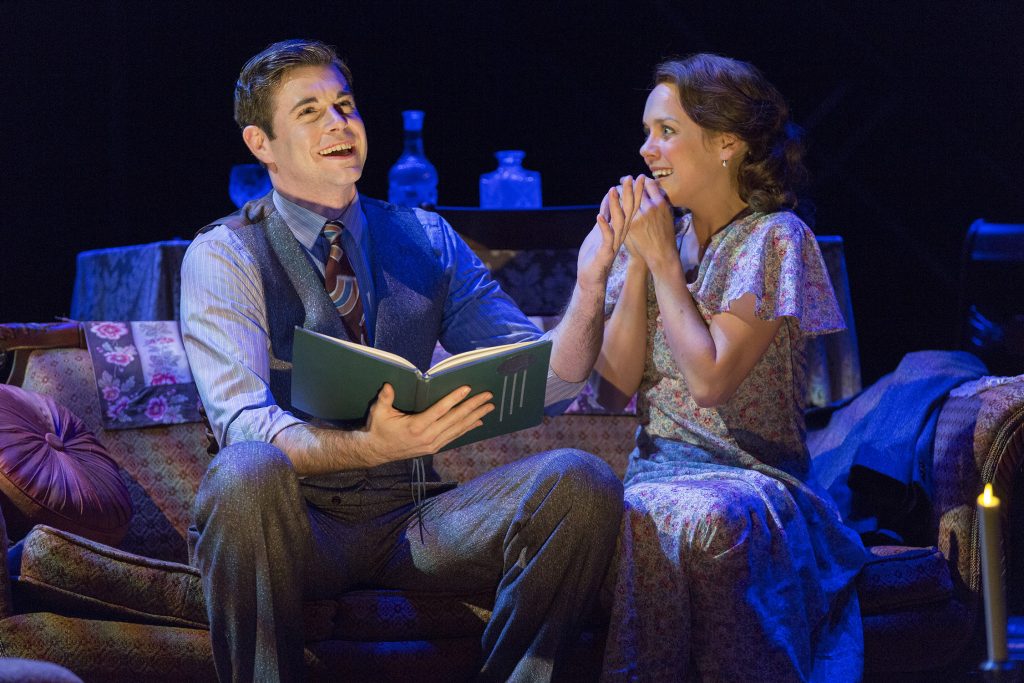 “Well… it’s not a downer,” I finally answered.

The Glass Menagerie was Williams’ first claim to fame when it premiered in Chicago in 1944, but it is perhaps the least famous of an impressive inventory that includes A Streetcar Named Desire and Cat On A Hot Tin Roof. While it lacks the sexier themes and more dramatic plots of the other two plays, Glass resonates when read with knowledge of its resemblance to Williams’ own life, especially his tender relationship with a sister suffering from schizophrenia and botched lobotomy. Like many great American plays, a warts-and-all portrait of a family is central; in this case, that family is the St. Louis-based Wingfields. Narrated by restless Tom (Tom Story), Glass looks back on his young adult life with his suffocating, temperamental mother Amanda (Madeleine Potter) and his painfully shy, crippled sister Laura (Jenna Sokoloswki).

Before the play begins, we are treated to a view of the full layout of the Wingfields’ small apartment (Side note: The exquisite theatre and Lincoln’s infamous presidential seat looming overhead somehow adds weight to the whole experience.). Story, in character, sits facing a screen of old-timey film as audience members find their seats. Glass’s stage directions notoriously call for a large screen behind the stage onto which important symbolic images can be projected. Many productions eschew this all together, citing its heavy-handed nature, but Director Mark Ramont chose to instead project film onto a gossamer white curtain that can be pulled back to hauntingly beautiful effect. In pivotal, emotional moments, it is often black and white footage of Laura that graces the screen to delicate swells of music. For all the play’s touching moments, I found this stylistic choice to be the most poignant.

Glass officially opens with Tom’s pensive soliloquy, warning the audience that this play will be “truth in the pleasant disguise of illusion.” Dimly lit and clad in an overcoat and fedora, Story’s Tom is an older star of a neo-noir film, an observer to his own life. Story does a good job of representing Tom’s ambivalence; he grapples with appeasing the interests of his mother and sister versus striking out to seek the adventures he only experiences second-hand at the movies. Even though Tom plays the outsider, it is within his fraught, complicated relationship with his mother and sister that many of the play’s biggest laughs and heartbreaking moments are found.

Because this is a Williams play, matriarch Amanda is an aging southern belle, acutely aware of her own lost glory days replete with gentlemen callers and the shaky future that awaits her and the prospectless Laura. Considering her constant references to the past, calculated attempts to nab a suitor for her daughter, and often biased grip on reality, Amanda could be an older, more self-aware Blanche DuBois. Potter plays Amanda with verve, catapulting from dejection to giddy laughter to forlorn sadness as the scenes prescribe yet never lets Amanda’s domineering personality overshadow her humanity.

Sokolowski’s Laura is the gentle, soft-spoken heart of the play as she struggles with her all-consuming aversion to social interaction and her mother’s desperate coercions. Laura is a frustrating character; as her first gentleman caller Jim O’Conner (Thomas Keegan) puts it, she suffers from a debilitating inferiority complex that can exasperate. But Laura redeems her childish awkwardness in the final scenes when Jim — her old crush and Tom’s co-worker — comes over for dinner. The two sit on the floor, their faces awash in the glow of a candelabrum as they share memories of the past (Jim jokingly called Laura “Blue Roses” in high school when he misheard her saying the word pleurosis) and eventually dance to the sounds of the neighborhood dance halls. In that scene, Laura transcends her identity as the defected outcast and opens up to the aimable, booming voiced Jim. Keegan’s magnetic, larger than life stage presence is the perfect foil for Laura’s diminutive one and his earnest performance deftly captures Jim’s optimism and confidence.

The Glass Menagerie is a master class of graceful, honest storytelling in the face of relative normalcy. There is no great tragedy that elicits tears, no great hurdle that is overcome to thunderous applause.  When the mirage of happy endings was inevitably broken like Laura’s glass unicorn and the diaphanous curtain shows her limpid face, I was left with a bittersweet feeling resistant to categorization, like waiting for a gentleman caller that will never come. 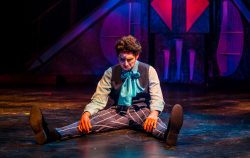 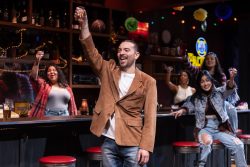