Lessons from Literature: The Infinite Potential of the Human Mind 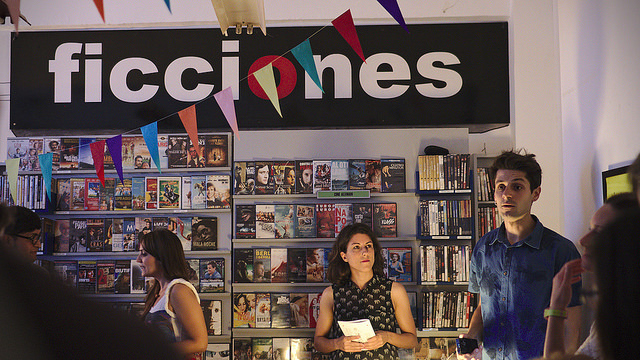 “Every man should be capable of all ideas, and I believe that in the future he will be.” ― Jorge Luis Borges, Ficciones

Jorge Luis Borges is often considered the master of Spanish prose for his magnificent ability to take on the most challenging of philosophical concepts and weave them into an eternal labyrinth of a story, deceptively composed of stylistically consistent and yet simple sentences. The Argentinian author’s seventeen best works are collected in Ficciones, drawn together by the fact that each is a short glimpse into an alternate, parallel, or dystopian reality, and all sprinkled with the perfect dose of allusions. He describes in the prologue his adherence to the idea that everything that can be thought of and written about has already been written, and therefore it is better to write short stories , in which the idea can be conveyed with just as much magic, than a long novel. His stories follow this exact guideline, using the subtle ambiguities of language to give his reader an earth-shaking glimpse into another universe in which thought creates reality.

What results is a personal evaluation of the human perspective, the realities we create with signs and symbols, and our obsession with the search for meaning, each story leaving the reader with the dizzying effect of being witness to creation. Borges’ works, though all different in the considerations they invoke and the worlds they introduce, are a testament to his beautiful mind and boundless imagination. If his prowess as a writer is not enough, the plot of each story proves that the human mind has infinite potential.

Evidence of this amazing limitlessness of the human mind is so ubiquitous that it is often overlooked. It is clearly demonstrated in each incredible act of willpower in which one overcomes a physical or mental limit. This is a trait that is evident in professional athletes, who have taken their willpower to its absolute extreme and demonstrate an ability to resist and overpower the pain of maximum physical exertion in every event they perform. The strength of the mind is similarly demonstrated in those fighting mental illness, who, fighting the suffocating sensations of depression, find the strength in themselves to go outside every day.

The same infinite potential is at the foundation of learning. It is astounding to think about how our minds are able to receive all the information from constant learning, both inside and outside a traditional classroom setting, and process and internalize it. There is really no limit to what our minds can contain; regardless of how much learning we do, there always seems to be space for more. This exhilarating awareness of the expanding universe of our minds could possibly be reduced to the fact that we are all currently at the peak, or reaching the peak, of our capacity, mentally and physically. In the sweet range of 18 to 25 years, we no longer feel the limits of immaturity yet are far from the disintegration of memory. These potential age confines are dispelled, however, in the exercise of dreaming. The truth of this inexhaustible infinity rests in the ability to conceive of situations, creatures, forms, and philosophies that one has never been exposed to or is able to explain. Borges takes this to its extreme conclusion in “The Circular Ruins”, in which an old magus creates a man, hair by hair, in his dreams and brings him into reality. This story is a testament to the fragility of subjective reality and the sheer strength of man’s imagination, both prevalent themes of Borges’ stories.

These two themes regarding the human mind bring us to the inevitable conclusion about the subjectivity of each of our realities. All unconsciously aspiring to become the Nietzschean übermensch, we learn that the universe that exists within our heads is subject to no bounds other than those we choose to impose, and that the only reality we exist in is that which we formulate, albeit it is often done unconsciously. This means that there is no objective, universal reality in which we share. Accepting that reality is so personal and subjective involves an acceptance that the same is true for everyone else, which is the root of the ideas behind tolerance, acceptance, and understanding. The infinite supply of willpower that each individual possesses is equally subjective. It therefore cannot be used to impose an idea, a philosophy, or a reality on someone else. It is in fact the power to bend to the external forces of one’s universe and the power to understand and see beyond its limits, effectively establishing an idea of one’s place in the world.

The ability to establish one’s own reality in relation to everyone else’s necessitates an understanding of this relation. It is an understanding of where the relations exist that leads to an understanding of other’s realities. This entire process of understanding the infinite potential of the human mind and the nature of the way we experience and live our lives ultimately lead to an incredible state of awareness, a life of empowerment, and the painstakingly simple realization that all the meaning we search for exists in the six short inches between our ears.