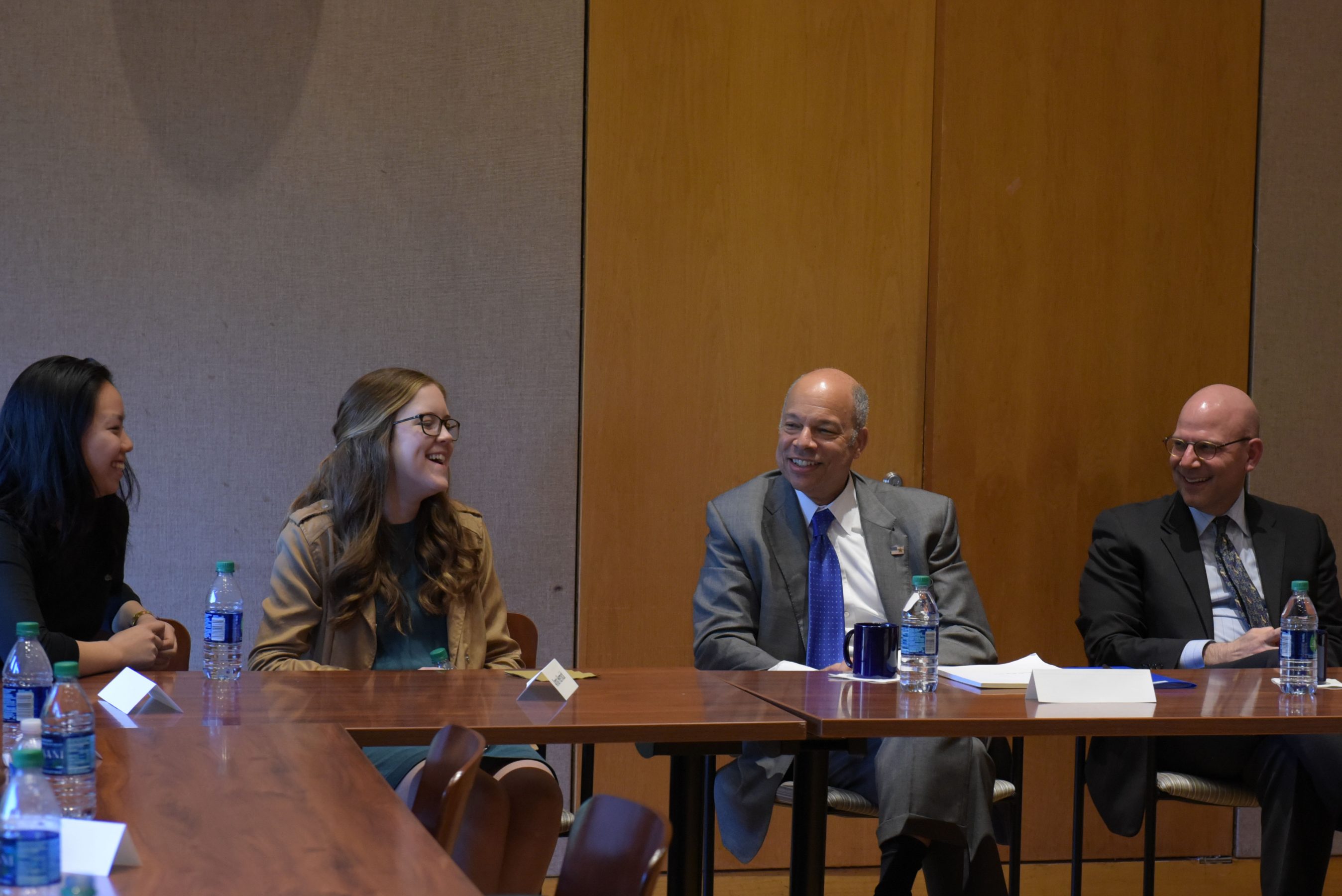 Secretary of Homeland Security Jeh Johnson met with Georgetown students who are undocumented immigrants on May 16 in anticipation of speaking at the SFS commencement ceremony on May 21. He also met with students in the School of Foreign Service and members of student media during the visit to campus. “I like to talk to students before every commencement address to get a better sense of the school and hear what they have to say and what they would like to hear from me,” Johnson said.

“I would say that it was an informative meeting, it was a good discussion,” he said of his meeting with the undocumented students. “And I told them that their voices are voices that deserve to be heard and that they inform policy, and that I admired and respected the passion of their commitment and it’s something that I try to instill in my own college-aged kids.”

According to SFS Dean Joel Hellman, Johnson was nominated by the Dean’s Office, and approved by the University administration and Board of Directors. Suggestions for commencement speakers are solicited from throughout the school, including the SFS Academic Council, who submitted a list of 10 possible speakers to the Dean’s Office in August based on a survey of the senior class, according to Anna Hernick (SFS ’16), the council’s outgoing president. The Board of Directors then approves a list of candidates from the Dean’s Office who can be selected to speak over a two-year period, Hellman said.

“Over his career, Secretary Johnson has shown leadership on a number of key issues,” Hellman told the Voice, “such as ‘demilitarizing’ the fight against terrorism, revising US policy on gays in the military, expanding protections for undocumented students and their parents through the expansion and extension of [Deferred Action for Childhood Arrivals (DACA) and Deferred Action for Parents of Americans and Lawful Permanent Residents (DAPA)] and reducing the scope of deportation of illegal immigrants.” DACA is a policy that allows undocumented immigrants who came to the U.S. as children to apply for renewable work permits and exemptions from deportation; DAPA would expand that policy to parents.

“The SFS is a school that is dedicated to training people who are looking to find solutions to complex, global problems,” Hellman said, and added that Johnson’s work reflected an ability to compromise and negotiate to achieve those solutions.

“Decision-making, policy-making, in the government arena, is rarely one-dimensional.” Johnson echoed. “It’s multi-dimensional and has to take into account a lot of things, including the views of a lot of people who are very passionate about their views. They may not feel like it, but their voices are heard and considered.”

He is considering discussing this in his address on Saturday, he said. “What is coming across from these two engagements I’ve had is that I should take on [in the speech] the issue of how someone in a position like mine reaches the right decision even though it is not solely and entirely one that comports with my personal convictions.”

Johnson described traveling to the Mexican-American border and encountering unaccompanied children who have been apprehended by border patrol. “As a father and a Christian, I want to scoop them up and bring them home with me, but I know I can’t. And, there are lots of other considerations that go into border security and the enforcement of our immigration laws. And so, to the fullest extent possible, I want to account for my personal convictions, my personal compassion, but I also have to enforce the law consistent with our priorities. Hopefully we find the right balance and the right mix that takes account of all of those things.”

Johnson also defended his work with President Obama on prioritizing criminals in the Department’s deportation process. “We’re focused on convicted criminals and those who are convicted of felonies, aggravated felonies, significant misdemeanors and multiple misdemeanors, and we’re focused on border security, those apprehended at the border,” Johnson said.

Hellman highlighted the conversation between Johnson and students as a way of increasing engagement on the issue. “We will hopefully create a broader space for dialogue,” he said. “We are hoping to do that through students expressing their views before the ceremony to Sec. Johnson, so he’s able to hear the kinds of issues that they may want to raise, that are impacting the way they see the whole event. The first way of doing that is to allow the students to give their voices directly to Secretary Johnson,” as well as providing the Dean’s Office with an opportunity to explain their reasoning for inviting Johnson.

Editor’s Note: This story has been updated to clarify the role of the SFS Academic Council. 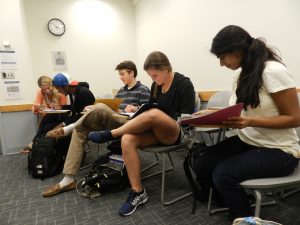