By Soo Chae and Connor Jones

France, Italy, and Spain have officially qualified for the knockout stage, and the rest of the round of 16 is starting to take shape. More thrilling plays, more upsets, and more great goals (many of them late) have all come with this round of games. Here are the best from round two of the group stage.

France needed every minute to grab a winner against Romania in round one, and the same was true in their second match. The Albanians defended valiantly and nearly held Les Blues to a scoreless draw, but Antoine Griezmann’s 90th minute header, followed by Dimitri Payet’s second goal of the tournament in stoppage time, gifted victory to the French. Albania are now all but eliminated from the tournament, and while France have guaranteed themselves a spot in the last 16, they need to improve on their first two performances if they want to advance further. Last minute goals can’t save them forever.

England 2 – 1 Wales: Saved by the Substitutes

England manager Roy Hodgson was heavily criticized after England’s 1-1 draw with Russia for his poor use of substitutes. With England trailing Wales at halftime, Hodgson decided to shut his critics up by bringing on Jamie Vardy and Daniel Sturridge for the ineffectual Raheem Sterling and Harry Kane. Vardy quickly leveled the game, and Daniel Sturridge’s last gasp winner produced the celebration of the tournament, complete with Wayne Rooney shaking the camera.

Despite losing to Germany, Ukraine looked like a good team in round one, and most people predicted they would easily beat a much weaker Northern Ireland side. However, it was the Nirish (no, that’s not a real nickname, but I’m using it anyway) who would take all three points in one of the early upsets of the tournament. Ukraine struggled to break down an organized Northern Irish defense, and a fantastic Gareth McAuley header off of a free kick sent the stadium into a frenzy. A late second goal from Niall McGinn sealed the game, and the Nirish now have a solid shot at advancing.

Spain’s embarrassing 2014 World Cup exit is much fresher on people’s minds than La Roja’s victories in the past two European Championships. The former was certainly being talked about after Spain’s lackluster win over the Czech Republic, but a dominant win over Turkey (the first game where a team scored three goals) is sure to be a reminder of Spain’s past successes. The Spanish have a talented squad, are into the knockout round, and could very well earn themselves a Euros threepeat.

Belgium came into their match against Ireland facing heavy criticisms of tactical ineptitude and lack of team chemistry after an embarrassing round one loss to Italy. Just as the Italians had dominated them, Belgium turned things around and controlled the entire game against the Irish. Kevin De Bruyne moving from the wing to the center was a hugely beneficial, if obvious, move for manager Marc Wilmots. An Axel Witsel header sandwiched by two goals from Romelu Lukaku gave the Red Devils a deserved victory. There are still concerns over whether Belgium can perform against other top teams, but this performance was a positive sign for the team ranked number two in the world. 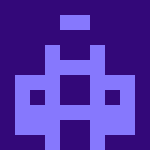 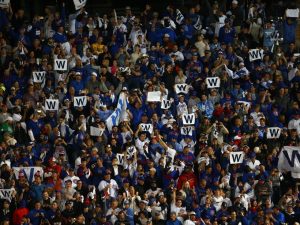