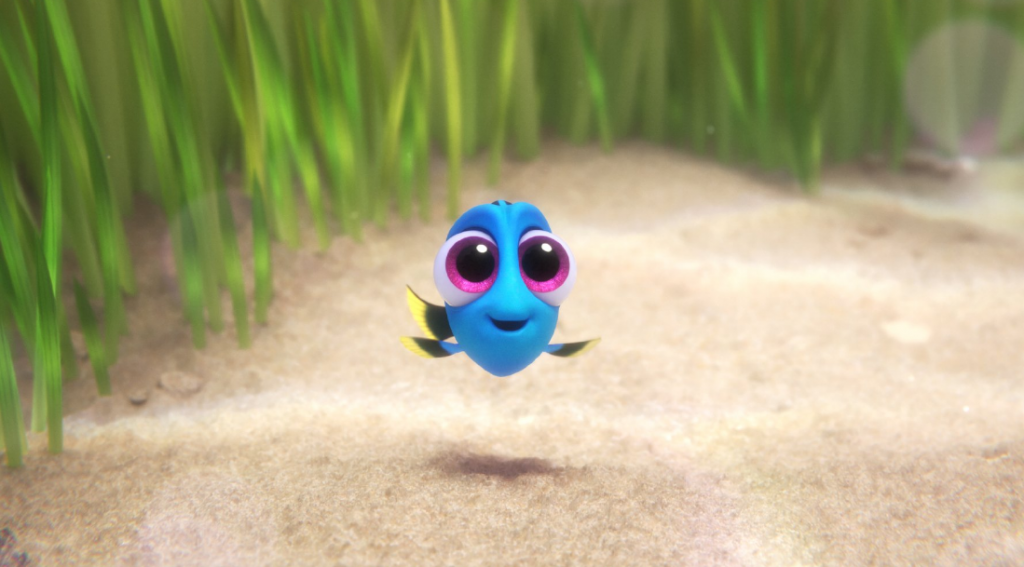 Sequels are notoriously tricky. Audiences often leave the theatre underwhelmed or disappointed after hoping for something that can live up to the original that drew them there in the first place. Out of Pixar’s now 17 movies, their sequels have been among their most inconsistent films. Toy Story 2 was immediately recognized as an animated classic. On the other, you have Cars 2 and Monster’s University. Although only the former had a less-than-ideal profit margin, both did little in terms of entertainment value for their respective cinematic universes (although both were ripe for merchandising).

Of course Pixar’s fifth ever film, Finding Nemo, released in 2003, is anything but mediocre. Beyond its commercial success, the movie hits all the right beats for an animated children’s film: it is funny; it is meaningful; it is visually engaging. This posed a heightened challenge for the sequel, for any tale that brought us back to Finding Nemo’s stunning underwater world would have to live up to its lofty standards, just to be considered a success.

Fortunately, Finding Dory meets and even exceeds these expectations. Like its predecessor, Finding Dory is funny, meaningful, and visually stunning. But beyond this, it embraces layers of complexity in each of these elements. In particular, Finding Dory’s narrative and the message it conveys are more complex and challenging than that of Finding Nemo, to its benefit.

The film begins with a flashback. Dory, as a small fry, is with her parents. They begin to play hide and seek, but Dory quickly forgets what she’s doing as she attempts to count to ten. “Did I forget again?” she says a bit later, after almost getting swept away by a current. As her parents attempt to reassure her, she begins to cry, “Will I forget you?” she asks. “Will you forget me?”

The opening sequence, which follows a lost Dory through childhood to the moment she swims headfirst into Marlin, is heart wrenching. Everywhere she goes, she asks for help, but finds no one able to deal with her short term memory loss. As she grows older, people become less and less receptive to her, seeing her and her illness as a nuisance, a bother.

This exposition sets up the key themes for the movie. Throughout the film, which is driven by Dory’s intermittent childhood remembrances and attempt to find her parents, Dory seeks help from those around her. Even as her capabilities prove more and more valid (her ability to talk to whales comes back into play), she still seeks assistance from others. It seems that after a lifetime of being shepherded, Dory has internalized the idea that she cannot fend for herself.

Through the frenetic pacing of the story, which presents and resolves new challenges within minutes, the story is able to fully convey the many ways in which Dory’s skills are undervalued by those who don’t know her, those who love her, and those who haven’t seen her since she was a child. In the early stages of the story, she kind of accepts this and only refutes this perception of herself by accident, stumbling on a shell that triggers a memory. But by the end of the film, when Marlin and Nemo are being taken away in a runaway truck headed for Cleveland, Dory takes responsibility for their rescue. She reassures her concerned parents with a uplifting, “I can do this,” in reference to the first film.

Within the context of a film that possesses a light, carefree, even at times slapstick sense of humor, these thematic moments feel even more important. This is intentional, as the message of this movie is not supposed to stay inside the silver screen. This film is a tale of female empowerment, but not one that asks or requires you to be something you aren’t. It’s one that wants you to accept your flaws and use them to your advantage and implores you not to acquiesce to those who might not have your best interests at heart. It’s certainly a message we’ve heard before, even a message we’ve heard in other Pixar films. But it’s certainly one that merits repeating.

Ultimately, a movie aimed at children stands on its ability to convey some sort of weighty message in an engaging story. In this mission, Finding Dory is a runaway success. And while this message might be a bit cliche, it ultimately enhances and legitimizes the hyperactive narrative.