Home » Leisure » Bring Your Dancing Shoes: Fitz and the Tantrums at 9:30 Club 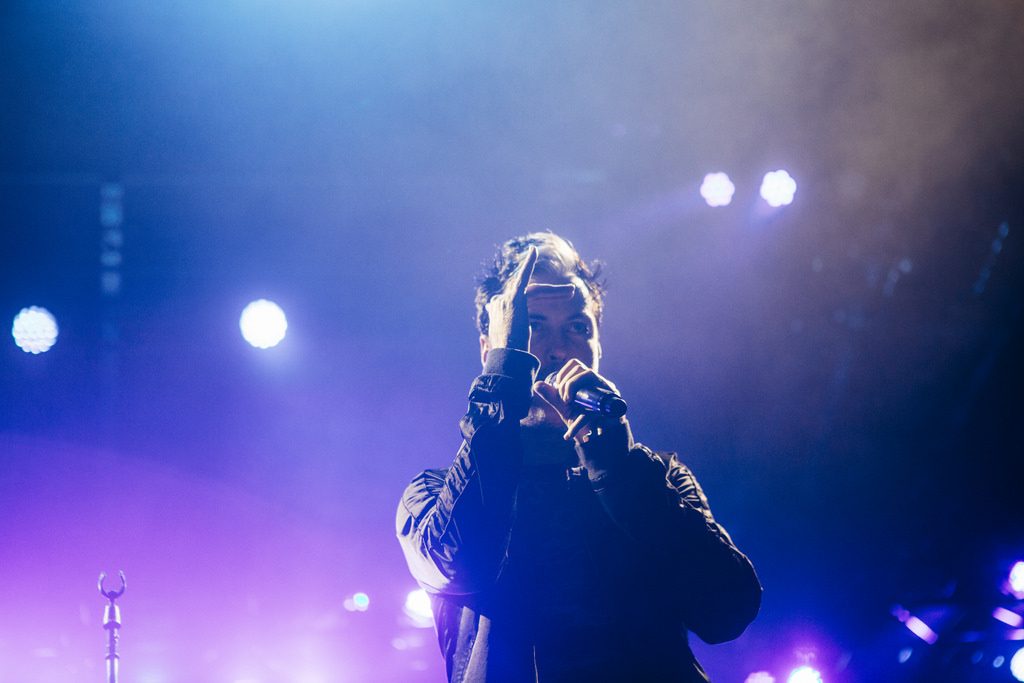 Bring Your Dancing Shoes: Fitz and the Tantrums at 9:30 Club

By the time doors opened at the 9:30 Club on June 18, Fitz and the Tantrums fans were already lining the block waiting to flood the classic venue and dance their hearts out. The night promised hours of high-energy indie pop, and many waited hours in the DC heat to be right in the front for it all.

This anticipation delivered a sizable crowd for the opening act, Finish Ticket, who was tasked with warming up the concertgoers for the night ahead. At first the choice of the opening band seemed odd, though. The San Francisco six-piece has a notably darker, more alternative sound than the pop-fueled Tantrums, and they were fresh off a tour with Twenty One Pilots––a band with a distinctively harder edge. Once Finish Ticket took the stage, however, the choice made sense: the sheer energy they brought to the music was the perfect warmup for a crowd begging for something to dance to. Even though they’d played the Firefly music festival the very same day, traveling from Delaware to make it to the show, you could tell they were still giving it their all. You could even see the veins on lead singer Brendan Hoye’s neck as he delivered passionate and powerful lead vocals. He frequently interacted with the audience, taking time to talk to the crowd between songs and thanking the crowd again and again as they left the stage.

After a half hour break, the house lights dropped. The sold-out crowd screamed, pent-up excitement breaking like a summer storm cloud. The six members of Fitz and the Tantrums walked out, backlit dramatically by a single blue light, and the theatrics drove the crowd into a frenzy as frontman Michael Fitzpatrick took the mic for “Get Right Back,” the track from their new, self-titled album that shares its name with the tour..

Within seconds, they whipped the whole crowd into a dancing mob––even the wallflowers hiding up on the balcony were cutting loose. Frontwoman Noelle Scaggs worked the crowd, yelling out “Hello DC!” with the energy of a Seaworld dolphin trainer performing for a stadium. Her powerful vocals complemented Fitzpatrick’s perfectly, and they had killer onstage chemistry. Song after song kept the energy high and displayed the band’s mastery of the pop formula as well. Simple and repetitive choruses made it easy for the whole crowd to sing along. Infectious pop beats and their unique synth-brass blend electrified the room with every track.

Of course, it’s impossible to maintain such frenetic energy for an entire set, and by the middle of the show, they lost a bit of momentum. Highlights still shone through, though, like the killer saxophone solo in “Complicated.” They ended the set with some explosive singles and a hit-packed encore, reminding the audience of their string of radio singles––“Handclap,” “Burn it Down,” and, of course, “The Walker.” And, just like their opening band, they took time to thank the audience at the end of the show. Fitzpatrick especially made the effort to look as many audience members in the eye as possible, trying to express his gratitude to the fans who’d been there since their first DC show in the tiny Rock and Roll Hotel.

The house lights came back on, and the crowd spilled back into the muggy DC evening. Ears were ringing, voices pitched a bit louder to combat the post-concert hearing loss, and a vaguely-sweaty satisfaction filled those who had been dancing their hearts out all night. Both bands’ high-energy sets worked the crowd into a happy exhaustion, and fans slumped gratefully into cabs, worn out but buzzing with post-concert bliss.

Fitz and The Tantrums