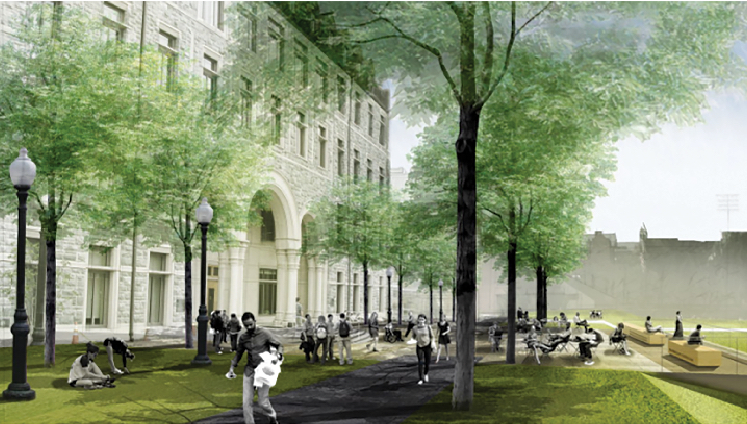 Next year, Georgetown will officially adopt its new campus plan, a rough blueprint for how the University wants to develop its property in the future. This new plan will last from 2017 to 2036–fifteen years longer than the current plan, which was created in 2010 and went into effect in 2012. The Voice has gone through the plan and highlighted several changes to campus that could significantly affect future Georgetown students.

The most significant area of development for the plan is the proposed student life corridor in the center of campus running from the intersection of Tondorf and Prospect Streets near Leo’s past Harbin Hall to Darnall Hall. The plan also calls for the development of a new academic facility south of Regents Hall, the construction of a new building on the site of the current Harbin Patio, the expansion of Harbin’s existing ground floor, and the renovation of the Leavey Center. In theory, this development would unify extracurricular, academic, residential, and dining spaces. That being said, this corridor necessitates extensive construction near several residence halls—future residents of the Southwest Quad, VCW, and Harbin Halls, among others, may have to deal with significant noise pollution. 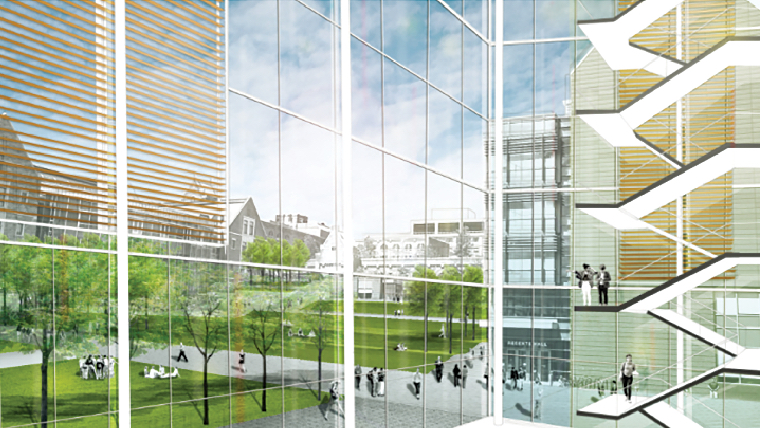 The campus plan does not outline a short-term plan to replace Kehoe Field, which was deemed too unsafe for student use in spring 2016. However, the plan does include a project to develop a new Yates field house on the current site of Shaw Field. This new iteration of Yates would incorporate “various synergistic uses,” such as a hotel conference center within the new student gym.

The Kober-Cogan Building across the street from Darnall has been abandoned since 2010. The new plan calls for it to be demolished to make way for green space at the north end of campus. This green space would extend over the current hospital parking lot. The plan includes provisions to develop a new entrance for the Leavey Center to provide access to the new open space.

The plan also mentions the possibility of expanding Lau into the parking lot that presently sits to the south of the library, adding 144,000 square feet to the floor plan of the building. This expansion was apparently a part of the 2010 campus plan and never came to fruition, so while a bigger Lau is definitely a possibility for the future, this change is not set in (brutalist-inspired) stone.

No new student housing buildings are listed in the campus plan. However, the University aims to house an increasing percentage of students on campus over the course of the plan. Converting St. Mary’s Hall to residential space, adding permanent student living space to the Leavey Center and (a significantly renovated) Reiss, and expanding Henle and Village A are all listed as potential ways to increase the number of beds on campus.

In fall 2015, Georgetown received a $50 million alumni donation to upgrade its football facilities, and Cooper Field is slated to undergo significant development and expansion in the next few years. The campus plan does note that a revitalized Cooper Field could complement the new student life corridor and offer “a more open and integrated experience” on campus. However, beyond this superficial reference, the plan does not discuss how the revitalization of Cooper Field will be integrated with the new corridor project to prevent the two construction initiatives from interfering with each other.