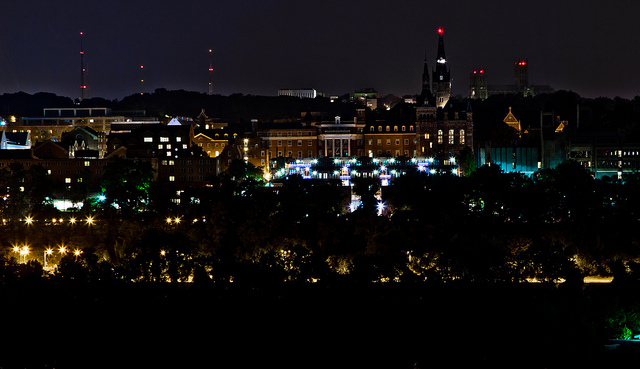 Students received an email Sept. 15 from Jay Gruber, GUPD’s chief of police, reporting that MPD had been investigating four potentially related crimes between Aug. 3 and Sept. 12 in the Georgetown area. These crimes included groping and sexual touching, indecent exposure, and attempted sexual assault with a knife. In another email on two days later, Gruber announced that a man was witnessed by an MPD officer groping a female and subsequently apprehended and placed under arrest along Prospect Street.

Gruber wrote in an email to the Voice that the suspect will be charged with the assault that was witnessed, but his connections to the other recent assaults are not yet confirmed. Another perpetrator may still not be in custody, however, as the police have collected two different descriptions of suspects in the crimes.

“We are not certain this suspect committed all of the offenses,” wrote Gruber. “There still may be another suspect, a taller one.”

McLean Corry (COL ‘19) expressed concern over the recent spate of crime, as well as the possibility that a suspect still remains on the loose.

Lauren Sallade (COL ‘19) commented that she was upset every time she heard of an assault on other girls, but was happy that at least one of the alleged perpetrators is in custody.

“I personally rarely feel unsafe around campus because I make sure that I’m never alone, especially late at night,” said Sallade. “I wish that there was something we could do to prevent this from ever happening again, but I just am not sure that there is which is also kind of scary.”

According to Gruber, GUPD has coordinated with the 2nd District and other units within MPD to heighten patrols in areas targeted by the perpetrators. An MPD officer who was placed along Prospect because of these measures was the one who seized the suspect on Saturday.

“MPD put extra patrol officers in the area as well as their Crime Suppression Unit,” wrote Gruber. “They proved to be key in making this apprehension.”

Gruber has repeatedly emphasized important safety measures for Georgetown students in various Public Safety emails. These measures include downloading the LiveSafe app, walking in well-lit areas in groups, and utilizing SafeRides and Police Officer Escorts. He encourages anyone who sees suspicious activity to contact GUPD at 202-687-4343 or MPD at 911. 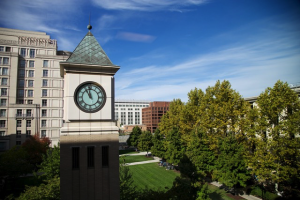