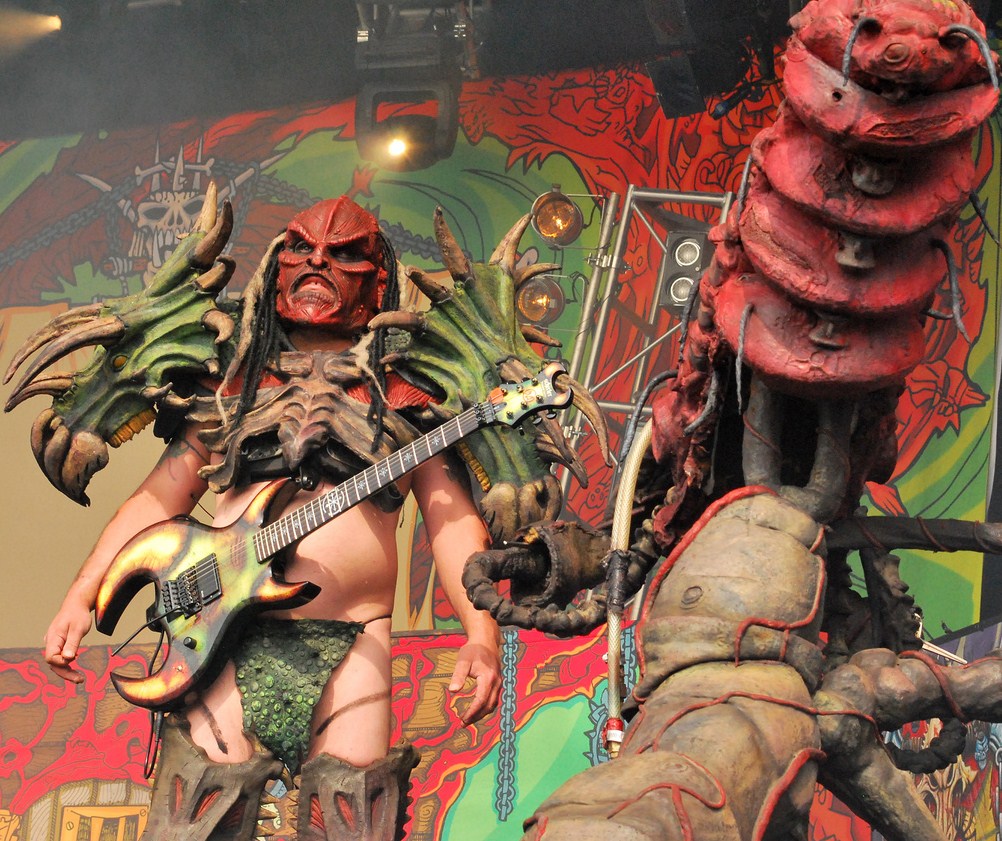 American hardcore thrash/ heavy metal band GWAR is not easy to miss. Donning grotesque costumes and screeching vocals, the band is known for an unforgettable, albeit disturbing stage presence. Following the death of lead singer David Brockie in 2014,  the band has fought on with several new members. As the band prepares to release a new studio album, their 14th to date, they have continued touring and will make their D.C. appearance at the 9:30 Club on Sunday, Oct. 30.

Having formed in Richmond, VA in 1984, the band work and appearance emphasizes horror and science-fiction in a humourous, terrifying way.  Often described as “shock rock” their shows often consist of special effects including fake blood and depictions of violence. The band’s music holds true to their metal, guitars and drums style, rock.

The key to Gwar’s longevity has been their total willingness to make fun of themselves. Their over-the-top stage presence, heavy metal sound and lyrics intentionally stray into parody of the genre. With song titles like “Slaughterama” and “Saddam A Go-Go”, the band takes conventions of the genre and cranks them up to the ridiculous. To the uninitiated, Gwar seems like thoughtless shock rock.  However, upon closer inspection, their persona becomes something more than that, and, if you’re willing to go all in, you might just find the humor in all of it.