Ornate Beauty at the Freer and Sackler Galleries 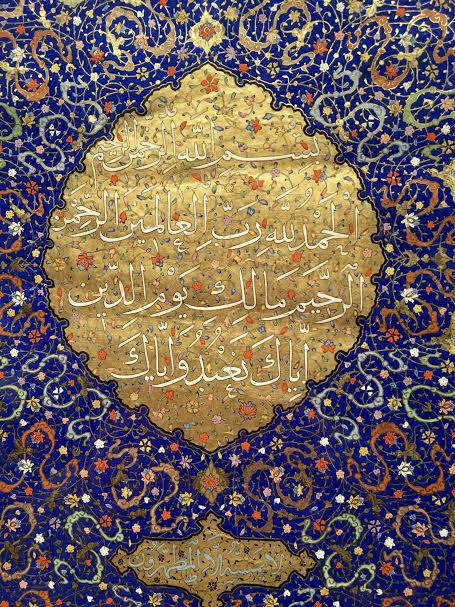 “If all the trees on earth were pens, and all the seas, with seven more seas beside them [were ink], still the words of God would not be exhausted.” (31:27) The Art of the Qur’an: Treasures from the Museum of Turkish and Islamic Arts at the Freer and Sackler Galleries is a testament to this, and it is the first large-scale presentation of Islamic biblical scriptures in the United States. Heralding from the late seventh century, only decades after Prophet Mohammed’s death, to the early seventeenth century, these scripts are laden with historical context that educates about Islam and its spread around the world while standing alone as incredible examples of artistry and craftsmanship.

There are scheduled tours by curator Massumeh Farhad, taking visitors through the rich history of Islam and how the word of God has been transformed into works of art. Whether you are familiar with the subject of Islam or not, it is an exciting environment, the rooms are painted in dark hues with the precious artifacts illuminated, creating a spiritual ambience that incites intrigue and excitement.

Each artifact is incredibly detailed and diverse, displaying the scribes and illuminators’ endeavors to make the Qur’an worthy of Allah. The first exhibit is an ornate Qur’an that weighs 120 pounds. It would take three men to turn its pages, and this isn’t even the largest one. The largest Qur’an ever created resides on the bottom floor, created in the early 15th century for the fearsome Tamerlane who conquered Central Asia and Iran. It is so massive that thirty people can comfortably gather around its edge while Farhad tells the fascinating story of its creation.

Some of the exhibit’s most impressive works are much smaller than these sacred texts. The craftsmanship necessary is remarkable; there is a frontispiece, the illustration opposite a book’s title page, filled with incredibly intricate detail in gold-leaf and lapis lazuli with minute flower patterns hailing from the 16th century. In order to see it in its full glory, there are magnifying glasses visitors can use while walking around the exhibition. With these in hand, visitors can truly appreciate the perfect geometry of each painstakingly hand-painted illumination.

The Qu’ran is a text that has remained unchanged since the 17th century. Despite modern conflicts of interpretation, this exhibition reminds us of all the beauty that derives from Islamic culture and its cultural impact globally. On display are scriptures from Turkey, Egypt, Mongolia and China, each giving us a different historical context into which the Qu’ran is embroidered. At the end of the exhibition there is informational text on Baraka, the instance when a believer has seen or is reading the script and experiences God’s blessing, which almost describes how the artifacts on display make you feel, they are that awe-inspiring. It’s a beautiful way of exhibiting the translation of oral tradition to written form.

The exhibition will host events such as the Calligraphy Demonstration of Elinor Aishah Holland and plenty of other various events from now up until Feb. 2017. Her talk on Arabic calligraphy was refreshingly engaging in spite of covering highly specific topics from falling in love with the painstaking process of sitting and writing infallibly executed Arabic script to the minute  details necessary to sharpen the pen nib, ensuring the smooth, elegant forms we see in the exhibit. In the ImaginAsia Classroom where both adults and children are welcome, visitors have the chance to get creative with stencils inspired by patterns in the illuminations of the Qur’an.

Overall, it is a very well-thought-out exhibition with events and tours suited to all generations interested in learning about the history of Islam through the display of perfectly preserved Qur’ans. Visit The Art of the Qur’an for the sheer pleasure of seeing incredibly preserved, beautiful artistry and learn about the history of Islam in the process. 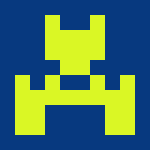