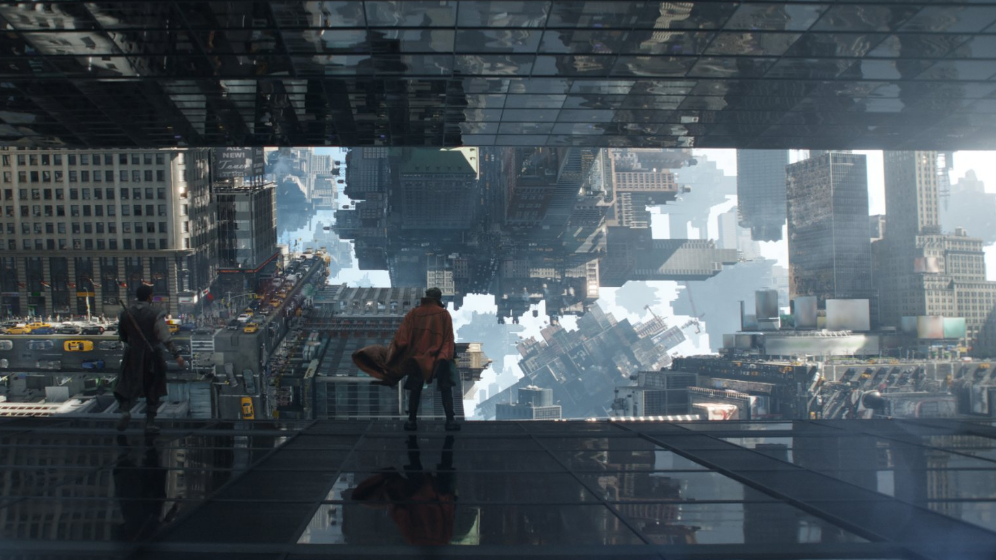 The trope of the arrogant, assholish genius is one familiar to both Benedict Cumberbatch and the Marvel Cinematic Universe. Both actor and movie empire have thrived because of the archetype, and now, with the arrival of Doctor Strange, they prove able to do so together.

Marvel’s newest offering gives us the story of Dr. Stephen Strange, a world-renowned neurosurgeon who sustains career-ending injuries thanks to his own careless driving, only to find his way to “The Ancient One” (Tilda Swinton), a mystical healer in Nepal. Strange seeks her out in order to heal his mangled hands, but he soon learns of her literal sorcery and dimension-bending abilities. Strange’s narcissism threatens to undermine his learning, but he quickly becomes a star pupil, tasked with helping in the fight against a rogue former pupil of The Ancient One, Kaecilius (Mads Mikkelsen), who plans to unleash the world-altering power of the Dark Dimension. If the brief plot summary sounds esoteric, reserved for true comic-book nerds, fear not. The script fills in the necessary holes, and the film’s strength lies not only in its gripping adventure but also in its potential as a key contributor to the MCU at large.

Not many actors could make Strange work as a character, fitting his transition from an egotistical sore loser to a caring man responsible for the fate of the world into a tidy two-hour frame, but Cumberbatch’s charm and familiarity reduce the impact of this rushed character development. Helping the cause is an astounding supporting cast, including Swinton, Chiwetel Ejiofor (as Karl Mordo, another of the Ancient One’s students), and Mads Mikkelsen as Kaecilius. Swinton’s role mostly calls for rote scenes of mentorship and some psychedelic action sequences, though she excels whenever the script and story allow. Ejiofor and Mikkelsen both feel slightly underused, though the former is poised to return in future Marvel outings. Joining them in the supporting ranks is Rachel McAdams, playing Strange’s former lover Christine Palmer; she shines in a couple extended scenes, but we can only hope to see more of her in the MCU’s future. Despite the starpower of the top-billed names, the most memorable performance belongs to Benedict Wong as Wong, another Master of Mystic Arts. The character’s importance grows over the course of the film, and Wong’s deadpan deliveries account for many of the movie’s highlights.

Although some of these characters feel undeveloped, perhaps because of the crowdedness of the cast, their flaws do not take away from the story at large. Director Scott Derrickson (Deliver Us from Evil) and cinematographer Ben Davis (Guardians of the Galaxy, Avengers: Age of Ultron) manage to create mind-bending action sequences more inventive than any others previously seen in the worlds of Marvel. The result lies somewhere between—or beyond—Inception and The Matrix, with the fight scenes simultaneously hallucinatory and coherent. The action combines with a sharp-tongued script in achieving a well-balanced narrative, one that never relies too heavily on either its wit or its graphic effects.

Doctor Strange has already achieved certain levels of commercial and critical success in its own right, but what remains to be seen is how the movie and its protagonist fit in with the MCU as a whole. The film industry is in a weird place right now, and no matter what how you feel about it, Marvel and its cadre of heroes are here to stay for the foreseeable future. Cumberbatch’s Strange is a welcome addition to the extended family, as are the storytelling and direction that brought him to life, but that family grows larger and larger with each film, easter egg, and end-of-credits scene available.

We do not yet know how the Avengers, Guardians, and so on will interact, team up, or clash, but what we do know is that everything in Marvel’s upcoming films will be big. Big casts, big budgets, big conflicts, big villains. Doctor Strange offers size as well, but some of its size comes in more distinct forms—in the story’s existentialism, for one. The film seems to struggle at times, caught between catering to the Marvel oeuvre and standing out on its own, but its inventiveness wins out handily against its conformity. The result is one of Marvel’s most compelling films to date, albeit one that may or may not disrupt the universe to which it is supposed to add. But when you consider how much Marvel we have left to consume, a little disruption does not seem so bad. If anything, it is necessary.