This year, unrecognized student group H*yas for Choice celebrates its 25th anniversary. In an environment historically rife with opposition, H*yas for Choice has managed to make a name for themselves as unwavering advocates for reproductive rights. The story of their founding and growth underscores some of the unique actors and themes at play on a campus like Georgetown’s. Pulling in each direction are the responsibilities to critical discourse, compassion, and Catholicism.

Although H*yas for Choice traces their anniversary back to 1991, the group first started as an unofficial club in 1989. Founded by Kelli McTaggart (COL ’92) and Julie McKenna (COL ’92), the group quickly gained a following, especially after inviting Molly Yard, president of the National Organization for Women, to speak on campus.

After applying for recognition in 1990 and changing their name to GU Choice—the university prohibited the word “for” in their name—the organization gained access to funds in February 1991. The club was given $135 per semester. John DeGioia, then Dean of Students, granted the benefits with the condition that “there can be no cooperation of the club in the advocacy and practice of abortion,” as he wrote in a 1991 open letter. He hoped the club would provide a setting for the free exchange of ideas and critical inquiry. In a statement in 1992, he expressed that the group’s having access to benefits did not imply the university’s endorsement of their views, but merely followed the university’s free speech policies.

Abortion had only been legal in America for 18 years at that point, and its future remained in doubt. Clarence Thomas’s appointment to the Supreme Court that July prompted fear among reproductive rights advocates. “The reality then is not what will happen if Roe v. Wade is overturned,” McTaggart wrote in The Hoya that September, “but when.”

“Even if students decided by a majority to accept GU Choice, Georgetown Life Advocates would still try to get them off campus,” Liz Crnkovich (COL ’89), a spokesperson for the group, told the Voice in 1990. “The Catholic Church is not a democracy. It teaches an absolute truth that Jesus Christ brought us.” In October 1991, however, GUSA reaffirmed its support of GU Choice’s recognition on the condition that an open student forum be held to discuss the group’s status. In November 1991, DeGioia prevented GU Choice from distributing birth control pamphlets during their Reproductive Health Week.

In the broader community, a coalition of alumni, students, and other Catholics decided to bring a canon lawsuit against the university asking D.C.’s Cardinal James Hickey to revoke Georgetown’s Catholic status in response to GU Choice’s funding. William Blatty, author of The Exorcist, and Patrick Buchanan (COL ’60), a former Republican presidential candidate, were two of the more than 1,500 signatories of the petition. “What Georgetown, the flagship of the Society of Jesus, is saying, by granting equal rights to GU Choice,” Buchanan wrote, “is that abortion is not a closed question; it is a debatable one.”

GU Choice spoke out about the lawsuit, claiming that it portrayed their influence as much more powerful than it was in reality. “This [lawsuit] is more destructive to the university and its Catholic identity [than GU Choice],” said McKenna (COL ’92). “If we are the thing that motivated [this opposition], then they’re giving us way too much credit as an organization.”

Cardinal Hickey refused to pass judgement on the lawsuit, and instead told the plaintiffs that only the Pope had the power to revoke Georgetown’s Catholic status. The coalition then sent a copy of their petition and statement to Rome, translated into Polish for Pope John Paul II. Although the letter never received a response, by then, the debate over DeGioia’s decision had reached far beyond the campus gates.

On April 24, 1992, just 14 months after the benefits were first granted, DeGioia officially announced the end of university funding for GU Choice. He had determined that the group’s actions could be defined as pro-choice advocacy, rather than pure discussion. DeGioia cited their distribution of prochoice postcards for students to send to legislators, abortion support from the chairs of the group in an opinion piece for The Hoya, and members’ organization of pro-choice political action after official meetings had ended as examples of that advocacy. He and President O’Donovan did not mention any influence from the Vatican in their decision.

“[GU Choice] demonstrated a failure of the group to educate its members adequately on the nature and purpose of the club and the terms under which it received access to student club benefits,” DeGioia wrote in an open letter to students and faculty. “Because the group has operated in a manner inconsistent with the spirit and intent of our original agreement, I judge it no longer appropriate to continue to provide access to benefits for the club.”

GU Choice members attempted to argue the point with DeGioia, but with President Leo O’Donovan’s agreement that the group was to be defunded, their case to remain a recognized student group was ultimately unsuccessful.

The group reverted back to H*yas for Choice, now with an asterisk in their name to avoid a trademark conflict with Athletics. They began to use protest tactics to campaign for reproductive rights on campus. In April 1992, the group distributed 1,000 condoms and a petition in protest to the ban on condom sales on campus. The Hoya that year declared HIV/ AIDS a growing danger to the student body.

Since 1992, H*yas for Choice has continued to be at the center of debate on campus surrounding reproductive rights and birth control. In 2009, Alex Miller (COL ’11), former president of H*yas for Choice, co-founded Plan A: Hoyas for Reproductive Justice, a group which became widely known on campus for its divisive tactics. Plan A attracted attention in spring 2010 especially, when three of its members chained themselves to the John Carroll statue to demand that the university address its petition to make birth control and sexual health materials available. Then, on Saint Patrick’s Day that year, a student calling himself “Jack O’Gioia” dressed as a leprechaun and threw condoms at students passing through Red Square.

H*yas for Choice again sparked opposition in spring 2016 when it co-sponsored an event hosted by Georgetown University Lecture Fund at which Cecile Richards, president of Planned Parenthood, spoke. The event drew the attention of pro-life groups, such as Georgetown Right to Life, and was met with protests at the front gates.

Today, H*yas for Choice is most visible for their condom distribution. Free condoms are given away from their Red Square tables and from “condom reps,” who tape envelopes of the contraceptive on their doors. University policy forbids the sale of condoms on Georgetown’s campus.

The organization currently prioritizes a variety of other challenges, including increasing access to STI testing for students. “We’re working towards free, anonymous STI screening once a semester,” said Emily Stephens (SFS ’17), co-president. “That would be a major success for us.”

Beyond changing university policy towards birth control and contraception, a recent goal of H*yas for Choice is to use its influence to protect free speech on campus. “Because HFC is such a large organization and a powerful political force, we have a lot of space to advocate for additional free speech liberties on campus, and I think that’s something I’d like to see us continue to push for,” said Stephens.

The university’s stance on abortion has never been up in the air. As Leo J. O’Donovan wrote in 1991, Georgetown’s identity as a Catholic university requires commitment to the “defense and promotion of human life from the moment of conception until natural death.” At a university which stands in opposition to the core message of H*yas for Choice, the group’s future remains to be seen. Now, with the election of President-elect Donald Trump, and the prospect of new appointments to the Supreme Court in the near future, the path forward for H*yas for Choice looks even more uncertain. 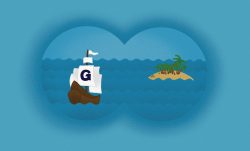 SHIP was supposed to bring sophomores together, but some were left out