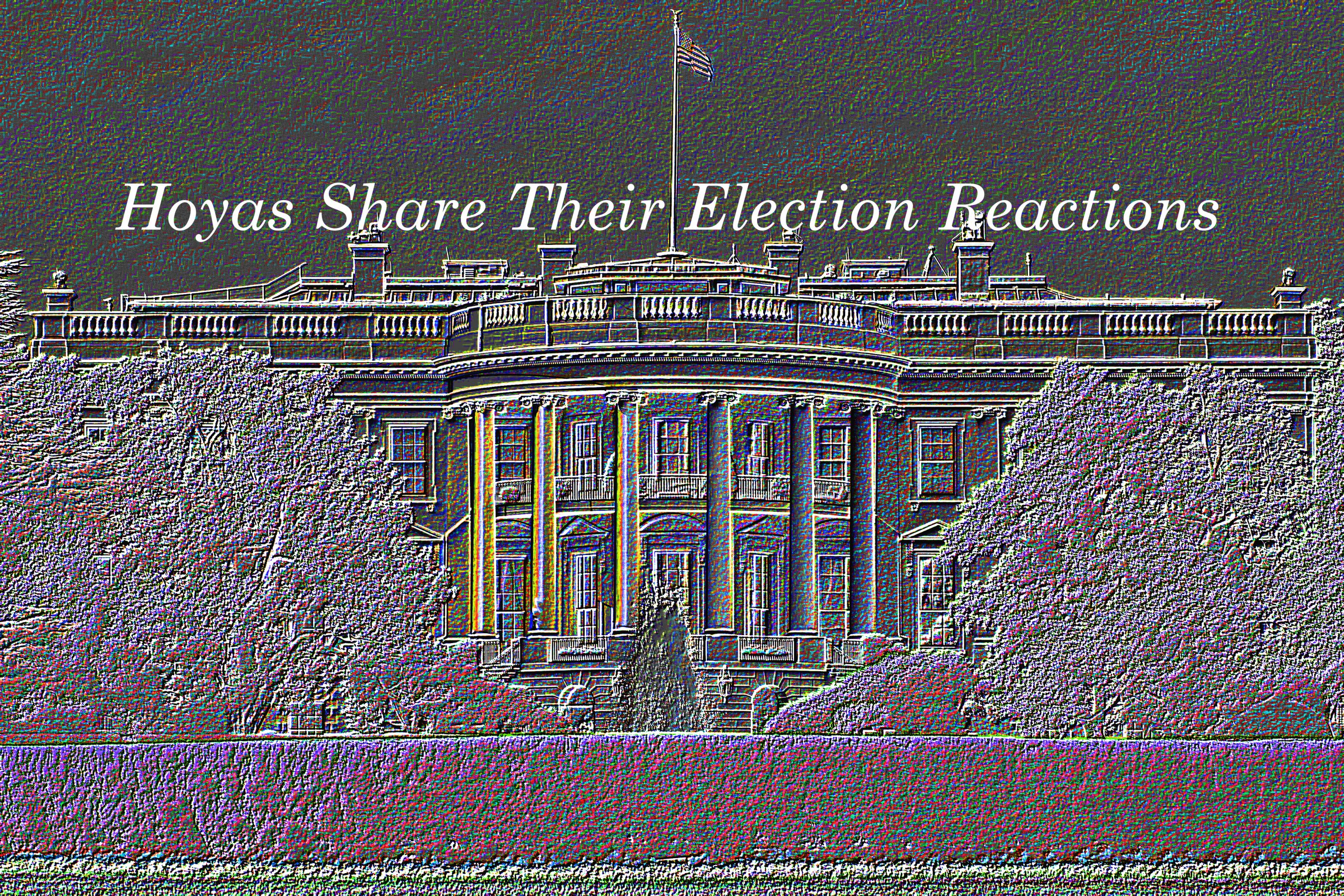 My family has an odd tradition when we eat Chinese food. Everyone finishes their food and grabs a fortune cookie, but before unlocking its secret, you have to wait for someone to declare an “ending” phrase that everyone must then add to their fortunes, read aloud. Usually this leads to tame, lame, mildly entertaining sayings—“You look pretty today…with no pants,” “A smile is your passport into the hearts of others…but not on Thursdays.” This past summer, I found myself in charge of coming up with the ending phrase, sitting around a takeout-filled table with my parents and girlfriend. Being the clever, politically savvy person I thought myself to be, I quickly exclaimed, “When Donald Trump is president! ” At that point, I was sure Trump’s nomination meant little in the face of his imminent and inevitable campaign missteps and misconduct, and “Adversity is the parent of virtue…when Donald Trump is president!” seemed not so much prescient but instead laughable, something to be met with can-you-even-imagine snickers.

I am from a very blue state, Massachusetts, and a purple family that is more blue than red. My politics come from my parents, from The West Wing, and from a mostly liberal mindset fostered by my upbringing and my time at Georgetown. I voted for Hillary Clinton without any hesitation, having viewed her email-related problems as inconsequential not only in the face of Trump’s behavior but also when compared to her past achievements and future vision, muddled though it may have been.

Possessing just about any privilege you can think up, I do not have to deal with the outright fear many of my peers and classmates who are members of more vulnerable groups do. Mostly, I now have to face the realities of the country in which I live, a country that is undeniably different from the one I imagined and heard about.

And we must understand that this election is not simply about exit poll breakdowns. Clinton won among women, minorities, people aged 18-44, and voters with income under $50,000; Trump won among men, whites, and people over 44. It appears the two essentially split the wealthy vote. But none of these are binaries or absolutes. Millions of women voted for Trump, and millions of men voted for Clinton. Many whites voted for Clinton, and many Hispanics voted for Trump. It is fruitless to pick out the demographics that swung this election. American people of all colors, genders, and income levels swung this election, voting out of wide-ranging motivations, fears, and frustrations.

In reading accounts of election night and the days that preceded, you will often see campaign leaders say things like “We knew we didn’t even need North Carolina as long as we kept Florida” or “Once we heard the early reports from Pennsylvania, we knew something special was happening.” You cannot fault campaigners for this thinking—the math of our presidential electoral system necessitates it, but I think it is time we stop accepting it. Before you read this as me denouncing the Electoral College because of Clinton’s advantage in the popular vote, stop. The results are in, and Donald Trump is our next president. Movements seeking to disrupt the Electoral College’s December vote or anything similar would only bring about greater unrest.

Ohio is surely different from Massachusetts, as is Florida from New York, but more important are the differences that exist between the people who live in each place. Boston is different from Worcester and New Bedford. Orlando is different from Jacksonville, and New York City is far different from the rest of its state, many of its counties being red. We have a system in place that groups together and dilutes the voices of its citizens, regionalizing a country that contains far too many to be represented by so few. In 2004, then-Sen. Obama set the Democratic National Convention afire with ideas discounting the presence of red states or blue states and emphasizing that we have only a United States, though it should be noted that even then his moving rhetoric led to a Democratic defeat. But as of now, in political minds, there are blue states and there are red states. Sometimes their colors change over the course of four years, something Trump proved keenly aware of and capable of capitalizing on, but no matter what, they have a label corresponding to that binary.

This is unhealthy and absurd, given the pluralities present in states, counties, cities, towns, and households.

Essentially, I am suggesting we abolish the Electoral College, an idea that is neither revolutionary nor original. But again, I say this not to endorse an immediate Clinton uprising, though it still pains me to look at her increasing popular vote lead. I say this to endorse a system that accounts for blue voices in red states, red voices in blue ones, and for the people who exist happily outside our country’s binary color scheme. With almost 100 million eligible voters staying home this year (a fact that is getting far less press than it should), it is clear that our system is in need of change, not to prevent Donald Trump from being president, but to encourage active and direct influence over the government from which so many people of so many groups feel alienated.

“Adversity is the parent of virtue…when Donald Trump is president.” Those words could end up being a useful guide for these next four years, years that I still look toward with great apprehension. But little slips of paper can hold only so much wisdom, and we no longer need them to imagine Trump as our leader. He is here to stay, for better and—I really hope—not for worse. But we should remember how he got here. As he has done before, he gamed a system he knows is flawed.

Brian McMahon is a senior in the College.

Moving Forward: We Need to Understand

Do Not Take Your Democracy for Granted