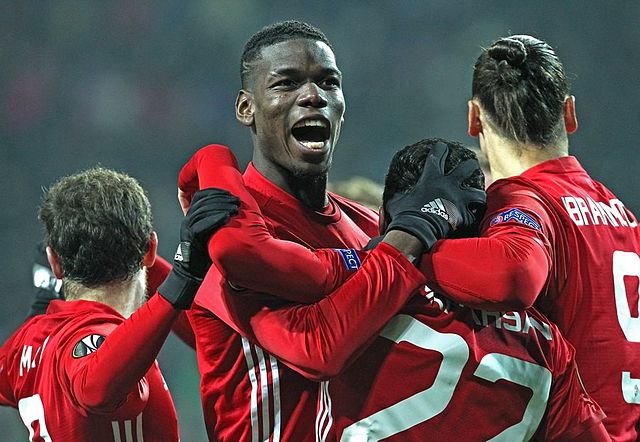 The sport of soccer is full of tough to answer questions. Who’s the world’s best player, Lionel Messi or Cristiano Ronaldo? Who’s a better manager, Pep Guardiola or Jurgen Klopp? What’s a better formation, 4-2-3-1 or 4-3-3? But none of these questions reach the heart of the sport or explore what draws millions of fans around the world to watch it. To get there we must delve deeper and ask perhaps the most important question a soccer fan can ask: who has the better goal celebration, Paul Pogba or Antoine Griezmann?

Neither player invented their celebration. Pogba’s dab was first popularized by Cam Newton. Griezmann’s dance comes from the now infamous “Hotline Bling” music video. But the two soccer icons have taken ownership of the celebrations within their sport, and so to judge which is superior we must look at them as goal celebrations and not as broader cultural phenomena.

To compare the two celebrations, each will be evaluated on a scale of one to five for the following categories: creativity, smoothness, and replicability. Whichever celebration has the higher score out of 15 will be declared the winner. So, without further ado, here is the definitive solution to the Paul Pogba dab vs. the Antoine Griezmann dance.

Where the dab shines, the “Hotline Bling” dance falls short. In all of his dance celebrations, Griezmann does pretty much the same thing. That doesn’t mean what he does is bad, but his audience always knows what to expect. Maybe Griezmann could score fewer goals and therefore celebrate less, but I doubt he would want to do that.

The smooth dab exists, but it requires finesse. Pogba has a tendency to get caught up in post-goal adrenaline and allow his dabs to get choppy and disconnected. As a result, the celebration loses some of its coolness factor, and Pogba sort of looks like he’s aggressively smelling his arm.

Griezmann’s celebration is smooth because it is a continuous and repetitive motion. Dabs can be repeated, but each one is a separate event. The “Hotline Bling” dance can go on forever without any abrupt movements or awkward pauses. Even Griezmann’s head bouncing up and down lends the celebration a sense of rhythm.

Replicability represents the ability of fans to imitate the celebrations of their favorite athletes and look cool while doing it. Everyone can dab. Not everyone can dab well. For every cool Pogba dab, there are a dozen awkward teenagers wildly flailing their arms back and forth.

The “Hotline Bling” dance does not have the same widespread popularity as the dab, and so the internet does not provide as much evidence to determine its level of replicability. However, there is one key piece of evidence that gives this celebration the edge over the dab. The dance was created by one Aubrey Drake Graham. Whether or not you enjoy his music, Drake is not exactly a cool guy, so if he can create the dance, everyone else can at least do it.

There you have it; the dab ekes out a win over the “Hotline Bling” dance, and Paul Pogba defeats Antoine Griezmann as soccer’s best celebrator. In a one-off contest, Griezmann would probably triumph, but the creative possibilities of the dab are what push Pogba over the edge. As two young soccer superstars, Pogba and Griezmann may soon be competing for the sport’s biggest awards. If and when they are, people may look at goals, assists, and club success to decide who wins. But let’s be honest, goal celebrations are what really matter. 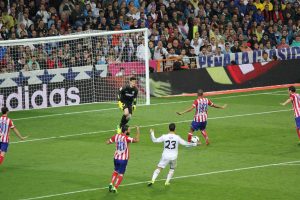 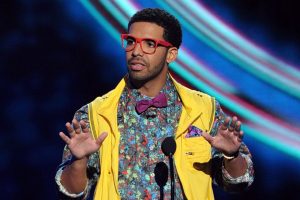