Chris Pratt has gone from lovable loser to saving the galaxy to hunting dinosaurs in his rollercoaster of a career. In director Morten Tyldum’s Passengers, he is now charged with a new challenge: being the leading man in a romance.

While it may come as something of a surprise, given the marketing’s focus on the film’s science-fiction elements, Passengers is, at its core, a romance. Chris Pratt plays an engineer named Jim Preston who is woken up from suspended animation 90 years too soon on a 120-year trip to an off-world colony. Prescott is the only person awake, and discovers that a malfunction caused his awakening. With no ability to go back to sleep, he is faced with the prospect of living out the next 90 years alone on the ship, with the near-guarantee of dying before he reaches the colony.

Indeed, it is this isolation that frames the first act of the film. Before introducing Pratt’s character, Tyldum lets the camera roam around both the outside and inside of the ship. The production design is sublime: the interiors of the ship feel sleek and advanced, yet familiar. Certain sets are straight from classics such as 2001: A Space Odyssey (1968), and others are more inspired by recent sci-fi fare, such as Sunshine (2007). The exterior design of the ship, named The Avalon, is unusual and unique, and certainly provides for some eye-catching exterior shots. Tyldum avoids succumbing to the use of a shaking camera to make some of the moments of crisis more exciting, and instead directs with a workmanlike approach, choosing to let the effects and the characters tell the story.

Pratt’s first venture as a leading man is a success: he deftly conveys his character’s inner conflict and desperation. Initially, Pratt allows some of his endearing goofiness to seep through before supplanting it with an understated sense of despair. He is able to endure the isolation at first, but it becomes too much, pushing him to make a fateful decision. After falling in love with Jennifer Lawrence’s Aurora (while she is asleep), and after much deliberation, he decides to wake her up to end his solitude.

The decision is as thorny as it seems. On one hand, the audience empathizes with Preston, but on the other, waking up Aurora signs her death warrant. Preston condemns her to a life with him onboard the ship, and robs her of her future on the colony. Having Preston make this decision is a controversial choice on the part of screenwriter Jon Spaihts. It would have been far easier to simply have Aurora’s pod malfunction. Instead, the decision becomes the lasting takeaway from the film: would the viewer have made the same choice, given a condemnation to the rest of life spent in complete isolation? Would the evil of condemning another to the same fate outweigh the solace of having company? In this vein, Passengers becomes surprisingly thought-provoking, even if the film fumbles the consequences of the decision.

Once Aurora is awake, the film evolves into a romance for its middle third. The romance is well-developed and believable, as Pratt and Lawrence get plenty of time to shine. Lawrence’s performance matches Pratt’s in every way. The chemistry between the two crackles, and they end up carrying the film for the middle portion. Still, there is a sense of uneasiness that the film never fully reckons with. Once Aurora discovers the truth, the film shifts into more of a thriller, as generic crises on the ship have to be solved with no real connection to Aurora’s discovering of the truth. It seems as if the film is more content with creating an exciting finale than tackling the moral questions posed by the decision. By the end, the viewer is left slightly underwhelmed because of the film’s avoidance of the questions it asks in its first act.

Passengers makes for a fascinating thought experiment. Is it morally permissible to rob another person of their future for your own happiness? Unfortunately, the questions the film asks are far more interesting than the film itself. Pratt and Lawrence carry a romance that is completely overshadowed, and the film never really deals with the ramifications of the fateful decision. There are good visuals and concepts in Passengers, but audiences will leave the theater discussing the decision made by Pratt’s character far more than any other part of the film. If this was the intent, then Passengers is a rousing success. If not, then the film has asked a litany of questions that it clearly had no intention of answering, providing for a frustrating, if intellectually stimulating experience. 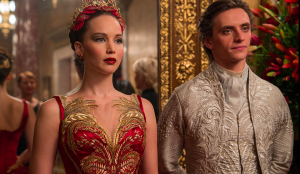 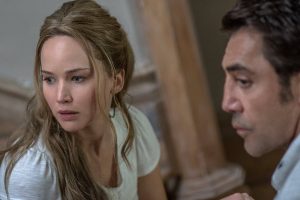