Acceptance of mental illness has come really far. We’re having open and honest conversations about what it feels like to live with depression or anxiety, and people who haven’t experienced these illnesses personally are listening and trying to understand those who have. “I’m having a hard day with my mental illness” is viewed as an acceptable reason to miss classes. The shame is lifting … for some of us.

A lot of this movement has been based around romanticizing certain mental illnesses. The tropes are familiar to us: the perfectionist student with anorexia rushing to and from classes and clubs without stopping to eat; the depressive girl writing poems with a sad smile; the anxious boy with a fringe haircut and hollow cheeks. These are easy to conceptualize, and the truth is, they help a lot of us. We can find bits of the stereotypes in ourselves, and we begin to accept the mental illness as part of us. Others accept the mental illnesses as well, and act gentle instead of crass. It isn’t perfect, but it’s progress—even if it’s for the wrong reasons.

But what about the people with mental illnesses that don’t fit these romanticized accounts? There’s the crazy bag lady mumbling on the subway. There’s the homeless man lying in the street, shouting nonsense, and wearing clothing unfit for harsh winter weather. There’s the addict who would step over their child’s body for a needle. There’s the Georgetown student throwing things across the room and burying their head in their pillow instead of going to class.

Not all mental illness is pretty, and in this way, the romantic notions surrounding it are harmful. People who don’t fit these idealizations are even more alienated than before, which leaves us facing a difficult set of questions.

I can’t definitively answer those questions, but I know we have to try. We shouldn’t be stepping over the crazy person in the street, but what can we do? The mental health system is inadequate. I’ve worked on an ambulance. We’ve taken the same individuals in day after day. The system only allows minimum treatment, so their symptoms resurface a short time after they are released—and the cycle restarts.

That needs to be fixed. A lot of things do.

Generally, we know what those things are—we need better treatment, better support, and a society that greets all of its members with open arms and empathy.

But what should be done when it’s hard to empathize—when the person’s illness leads them to act in a way that’s harmful? A lot of mental illnesses—almost all of them—can make the individual act rude, mean, and downright cruel. It is these people, whose diseases push their actions far outside our romantic notions of mental illnesses, and even outside of what we perceive as moral, who force us to ask ourselves the most complicated questions.

Anti-social personality disorder (ASPD) will stop a person from feeling the difference between right and wrong—they may be able to distinguish the two cognitively, but be unable to use that to control their impulses as it holds no emotional weight. Those with ASPD struggle with empathy. Unsurprisingly, this means that abusing others is a hallmark of the disorder, which is why I’ll use ASPD as my example here, but it could just as easily be replaced with depression, bipolar disorder, or Alzheimer’s disease.

We can’t hold a person accountable for the actions of their illness, but we shouldn’t be subject to abuse either. So what do we do? That’s hard to answer.

Personality disorders are not curable; they are too entrenched in a person’s personality—as the name implies—to be eradicated. Somebody with ASPD cannot be cured, or even treated, so they will continue to hurt people around them.

People don’t choose to have ASPD. Scientists don’t know what causes it, but they do agree that having ASPD is out of the person’s control. So, if ASPD informs a person’s actions, aren’t their actions out of their control too?

Personally, I tend to take a no-sympathy approach towards most abusers; they chose their behavior and they deserve to suffer the consequences. I can usually say that without blinking an eye.

But what if they have ASPD and they don’t choose their actions? Do we have sympathy for them?

No one deserves to be the subject of abuse. People cannot be blamed for the actions of their disorders.

These are two truths that I hold evident, but how can they be integrated?

Respect and understanding are a good start, as they always are, but they’re not a perfect solution. Still, as is so often the case in this field, they’re all we have. We as a society need to make better use of them, even if an illness does not fit in with our romantic connotations. We need to remember there’s more depth and nuance to the mental health movement than normalizing, typifying, and idealizing illnesses.

We need to remember that even though empathy can’t fix everything, it’s still a force to be reckoned with. 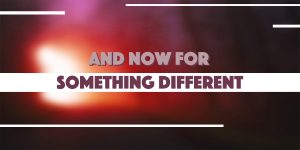