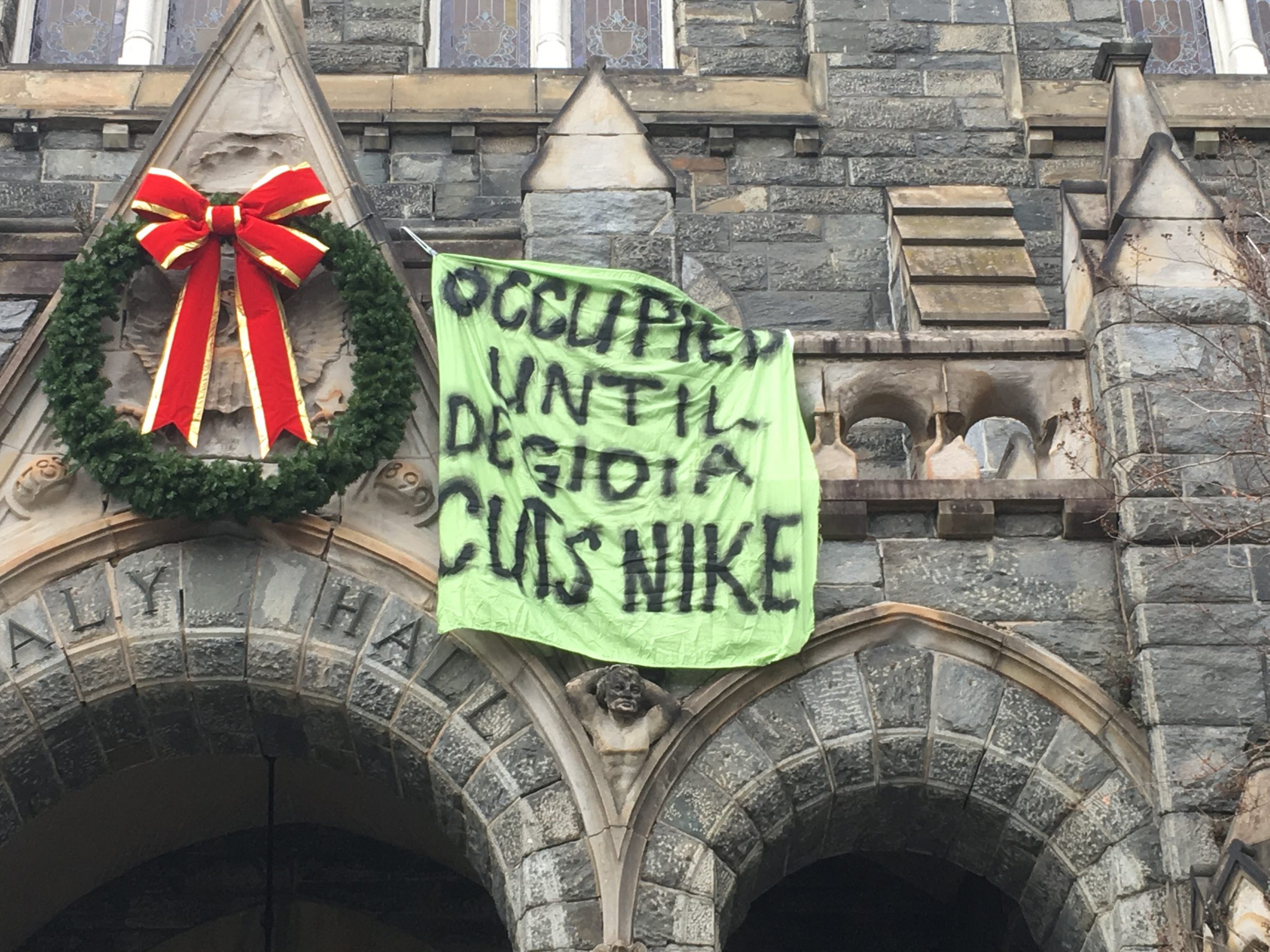 Eight students in Georgetown Solidarity Committee (GSC) who participated in a sit-in to protest Georgetown’s licensing contract with Nike on Dec. 8, 2016 have been found to be in violation of the Code of Student Conduct for both unauthorized access and failure to comply with a university official or law enforcement officer. The eight students received Notices of Administrative Action on Feb. 2, 2017, which outlined the university’s response to their protest.

Each of the eight protesters must pay a $50 fine, serve five work sanction hours, write a letter of apology to University President John J. DeGioia’s Chief of Staff Joe Ferrara, and will be placed on Disciplinary Probation I until Aug. 11, 2017. According to the Code of Student Conduct, students on Disciplinary Probation I can be suspended for any further misconduct.

Some GSC members believe that the punishment is excessively severe. “The sanctions go beyond what is outlined in the Sanctioning Guidelines from the Conduct Office, despite the fact that several mitigating factors work in our favor. I think the University isn’t taking a holistic enough approach in terms of considering the reason behind our actions,” wrote Sophie Bauerschmidt Sweeney (COL ‘17), one of the students who participated in the sit-in, in an email to the Voice.

“We acted in solidarity with workers who are facing serious abuses on a daily basis, and I don’t think that was taken into consideration enough during the conduct process,” she wrote.

The members of GSC facing disciplinary action have filed an appeal to the Office of Student Conduct, on the grounds that their punishment was disproportionate.

Some in GSC also fear that the university’s response to their protest may discourage future student activism on campus. “I think what’s most important to us is not that we’re facing discipline. Personally, we’re obviously upset about that, but as members of the Georgetown community, we’re scared about what the disciplinary probation means, in terms of crackdown on campus activism and people advocating for social justice,” said Kory Stuer (COL ‘19), one of the students who received a Notice of Administrative Action.

Associate Vice President for Student Affairs Jeanne Lord was not able to comment on a case of student conduct. 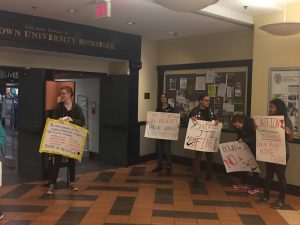