Confession: Sometimes, I watch TED Talks about productivity instead of being productive. Sometimes, that leads me down a TED Talk rabbit hole in which I insist that I’m learning while putting off anything that will actually further my goals. A week ago, I was doing just this when I came across a TED Talk in which Cindy Liu describes how the world is set up in a way that disadvantages her disabled daughter. 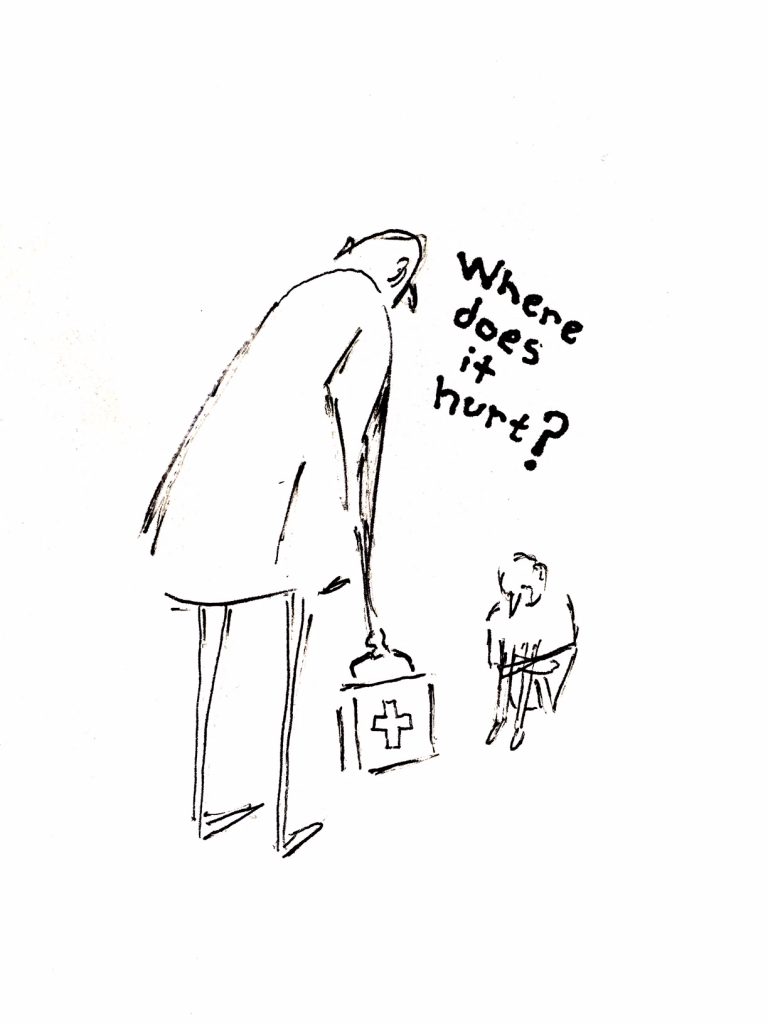 I was sitting on my bed casually playing Sudoku and avoiding my chemistry lab when I heard Liu say, “Name me a famous disabled actor.”

From what I’ve gathered, Britney Spears shaved her head a while ago and was later diagnosed with bipolar disorder and anxiety. Leonardo DiCaprio, Jessica Alba, and Lena Dunham all have OCD. Kristen Bell has depression. Drew Barrymore has battled addiction and attempted suicide. Amanda Bynes went on two extremely public Twitter sprees in the throes of her Bipolar Disorder, and there was even a movie about Demi Lovato’s mental illnesses.

You wanted me to name a famous disabled actor? I’ve just named eight.

Did you not know that these people were mentally ill? Maybe DiCaprio’s struggles haven’t been highly publicized, but I’d be hard-pressed to believe that anyone with an internet connection didn’t know about Amanda Bynes or Demi Lovato.

See, when people like Cindy Liu say things like “Name me a famous disabled actor,” what they mean is “Name me someone who looks like my child.” That’s valid! Wanting to see more people with Down syndrome in the public eye is understandable, especially when your own child has Down. Liu wants her daughter to see someone like her in the public eye—someone to whom she can look up. That’s worthy of respect.

I’m not trying to demonize Liu by pointing out the problems with her statement. She only wants the best for her child, as every mother does. That’s all her statement was meant to accomplish—she wanted more people with physical and intellectual disabilities in the spotlight.

Still, excluding everyone else with a disability wasn’t just a slip of the tongue. It’s another manifestation of the age-old phrase, “Well, I can’t see that you’re sick.” I’ve heard it. If you can’t point to a missing limb or thermometer or surgical scar, people question whether there’s anything really wrong with you at all.

This stigma doesn’t only affect people with mental illnesses. It affects people with all kinds of diagnoses, ranging from migraines to fibromyalgia to dyslexia, and even people who don’t have a diagnosis for their symptoms. For all of us, when we hear words like Liu’s, we know they aren’t directed at us. We know Liu is just talking about people her daughter might be able to relate to. But in a world where our pain—physical, emotional, or both—is questioned every day, we can’t help but think of it as another brick in the wall which separates us from the disability community.

The invisible illness community is massive—10 percent of Americans have a condition which Partnership for Solutions said is considered an “invisible disability.” To be sure, not all of these individuals identify themselves as disabled, but many do, and those people deserve a safe space in the disability community. Invisible illnesses can affect people’s lives, often to the point of devastation, and people living with them often face the additional prejudice of not being believed.

Language is important. When Cindy Liu said those words in her TED Talk, she was thinking of her daughter and within a framework of disability that she has developed as a result of raising a child with Down syndrome. My own framework is different, so conversations I have about disability often exclude intellectual disabilities. We both need to be more careful with how we phrase things—everyone with a disability, no matter the category, belongs in the community, and those of us who advocate need to make sure they know they are welcome. In the conversations we have, both here at Georgetown and outside, we need to be vigilant. Otherwise, our community is just as disabling as the society we’re rallying against.