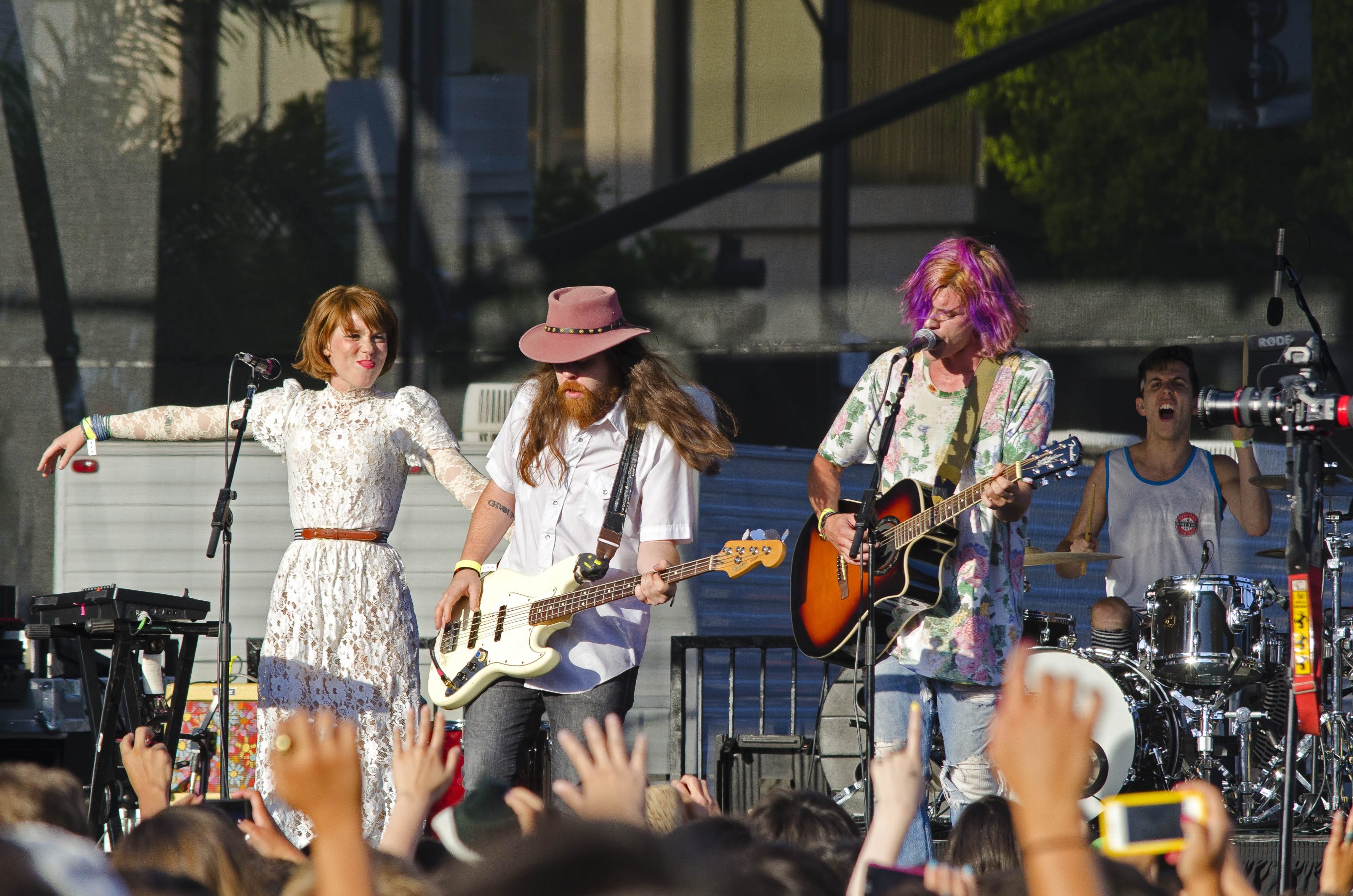 In anticipation of their upcoming EP, Little Mess, Grouplove released a thrilling trailer on Youtube on Tuesday, Mar. 21. The EP will be a close companion to their recent LP, Big Mess (2016), as Grouplove explained in an Instagram caption: “We recorded these songs during the Big Mess sessions, and it was incredibly hard not to put them on the album. We didn’t want to release them as bonus tracks… [because] to us they carry a much more important purpose.”

As of late, lead singers Hannah Hooper and Christian Zucconi have centered their lives and their music around their infant daughter, Willa Payne Zucconi — and Little Mess will be no exception. In the third featured sample, Zucconi sings, “I lay my hand against a baby,” using the slow and steady musical tone to reflect the astonishing joy of meeting his own, newborn daughter. Big Mess focused heavily on Willa with tracks such as “Welcome to Your Life;” the upcoming Little Mess is a clear continuation of the sentiment.

The visual of the video consists of bright, two dimensional animations of a decisively trippy storyline, complete with rainbow roads, a forest mountainous mushrooms, and flying, alien-like sea creatures. The symbolism of the acid trip suggests that their upcoming EP will be a wild, dynamic, unpredictable, and utterly mesmerizing adventure. To further emphasize the implied journey, the video centers around caricatures of the band members crammed into a purple convertible, coasting past palm trees, dinosaurs, and the pyramids. The theme is fitting considering the journey of parenthood  on which Zucconi and Hooper recently embarked.

Since their 2011 debut, Grouplove has frequented a message of positivity through negative situations, but has primarily done so in the first and third person. (Famously, “I am a man, man, man, man / Up, up in the air / And I run around, round, round, round / this downtown and act like I don’t care.”) Alternatively, Little Mess focuses on advisory, second person dialogue, as though offering words of love and encouragement to Willa. Perhaps they hope that, when she is older, she will listen to their lyric, “Even in the darkest hour / Can’t you see there’s someone? / Can’t you feel this love?”

The dynamic energy of the trailer peaks with a masterful instrumental led by striking guitar, broken by pauses and echoing autotune: the sound of growing anticipation for an EP that managed to impress with just a fraction of its full glory. Little Mess is set to be released Apr. 22, 2017 — and it’s bound to feel like a long month until then. 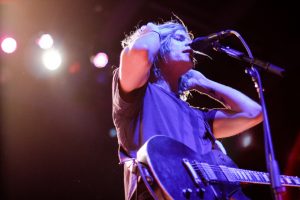