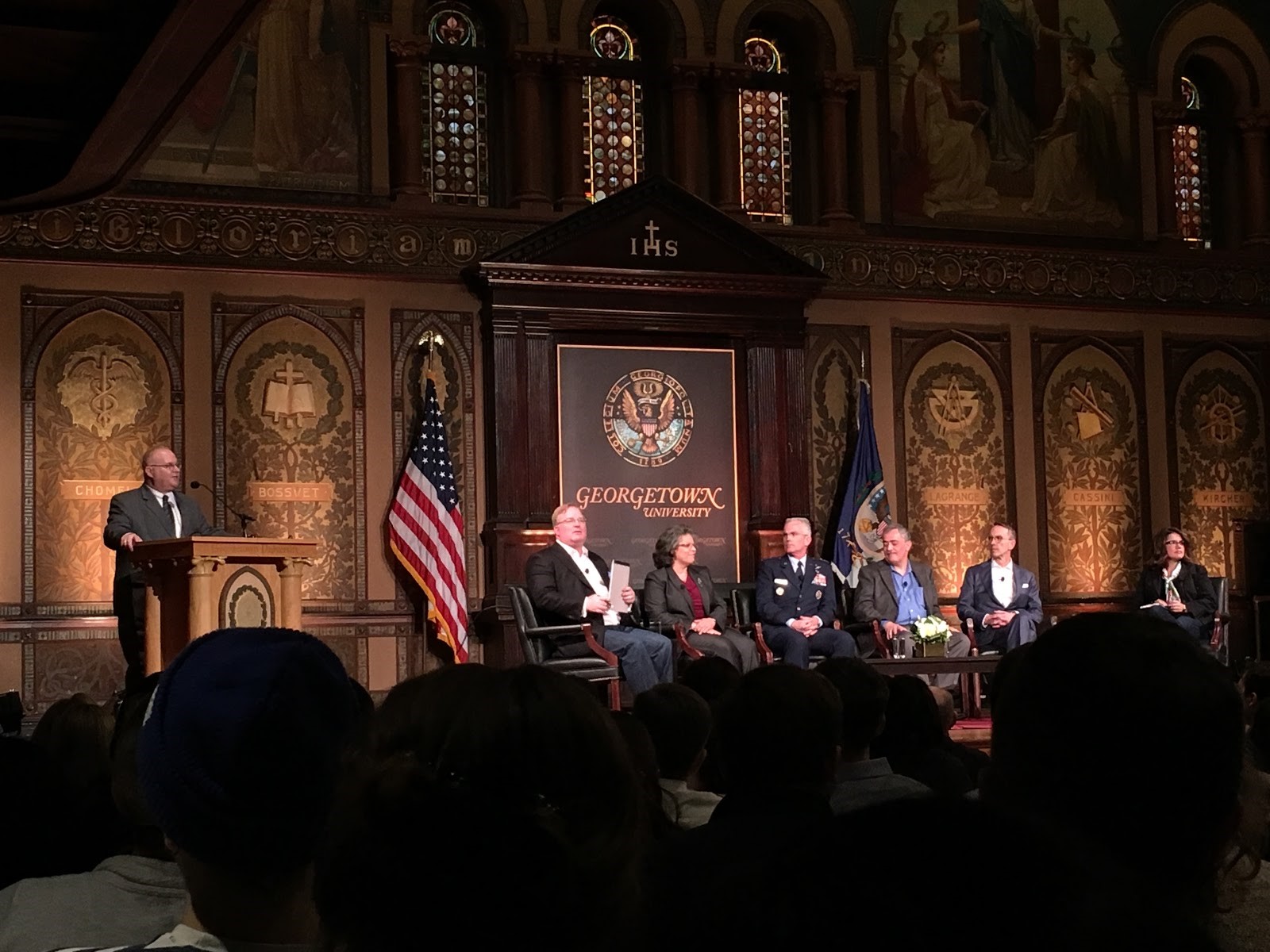 The Center for Security Studies (CSS) and Hacking 4 Defense hosted “The Future of Innovation in National Security” in Gaston Hall. This panel gathered five high-profile members of the defense community to share their expertise on how both the public and private sectors define and cultivate innovation regarding national security.

During the April 3 event, the panelists discussed how to be leaders in innovation and how to create optimal systems to promote innovation within an organization. They also debated the relationship between the public and private sector regarding innovation.

Soraya Correa, the chief procurement officer at the Department of Homeland Security, discussed how she is encouraging innovation and efficiency by sharing ideas with other organizations. “I go out and talk to industries at a strategic level and I bring with me the technical experts in the agency to talk about the problems that we’re trying to solve to other industries, whether it’s startups or existing, large manufacturing companies.”

The panelists began by tackling the issue of defining innovation in the context of homeland security. Each speaker provided a unique definition from their different backgrounds with the Department of Homeland Security, the military, the CIA, and the private sector.

Paul J. Selva, 10th vice chairman of the Joint Chiefs of Staff, said that innovation implies a deeper change than improvement. “Innovation is about fundamental change in the way we do what we do. Invention and reinvention are about simply improving what we do, and I think we need a balance of both,” he said.

Milo Medin, vice president of access services at Google, focused his definition on the relationship between innovation and strategy. “When we think innovation, we typically think about it in a strategic context. How do we gain an advantage by not playing the same game that we have played before? The U.S. has a history of being able to do that well.”

Other panelists included Andrew Hallman, deputy Director for Digital Innovation of the CIA, and Dr. Erin M. Simpson, founder and CEO of Archer Avenue Consulting. Chris Taylor, a global business leader and two-time national security industry CEO, moderated the panel. He is also a professor at Georgetown’s CSS, where he is currently teaching a course titled, “Hacking 4 Defense.”

Panelists addressed how to create an environment that allows innovation to thrive. “We are constantly talking about how do we [the Department of Homeland Security] improve? How do we protect the homeland?” Correa said. “So, everyone is talking about innovation and we are trying to find ways to implicate that in our culture. From a procurement standpoint, I started an Innovation Procurement Lab.”

Without a specific focus, Taylor warned that ideas may fall flat. “Innovation is about ideas, but they have to be problem-centric. We can’t just innovate tech for tech’s sake. Just because something’s cool doesn’t mean it solves the problem,” he said.

Taylor questioned whether the government’s large investment in innovation is reaching its fullest potential because agencies are not communicating with each other to share their work.

Simpson said that transparency is a major challenge for the industry. “No, no one has any idea. Unless you really make it your business to spend a fair amount of time talking to people on the government side, on the vendor side, on the academic side, you have no idea what’s going on. It’s a fantastic challenge,” she said.

The panel debated the value of the large investment the government puts into innovation in the Department of Defense. “As a taxpayer, do we get the proper yield?” Taylor said.

Selva argued in favor of this investment, citing the widespread use of the GPS, which the Department of Defense originally invented. “The impetus for GPS wasn’t to make our lives better, easier, more efficient – it was to blow stuff up,” he said.

The panel also discussed the future of artificial intelligence (AI) in national security, and the role that it should play.“We have created now this narrow piece of AI which can take a human life,” Selva said. “I don’t think we need to go there. I think what we can do is employ narrow AI to empower humans to make decisions faster in an ever increasingly complex battlespace.”

Medin argued that there are some current areas where the military could use artificial intelligence to improve efficiency. “You see pilots stare at a building for hours waiting for someone to come out. That is a problem that a computer could solve,” Medin said.

The panel agreed that while there is much more progress to be made, the defense industry is making strides towards creating more open cultures to encourage innovation.

Selva said that national defense is an area where innovation is crucial. “In the national defense part of national security, we have to be conscious of the fact that what we do is inflict unspeakable violence on potential enemies,” he said. : That’s a place where invention and reinvention can make a difference. But the knowledge that we bring, the things we can know about that potential competitor, about that adversary, is a place where innovation really has promise.” 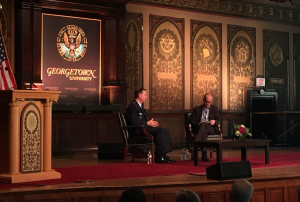