A Small Step for Man: Life Frightens Without Inspiring 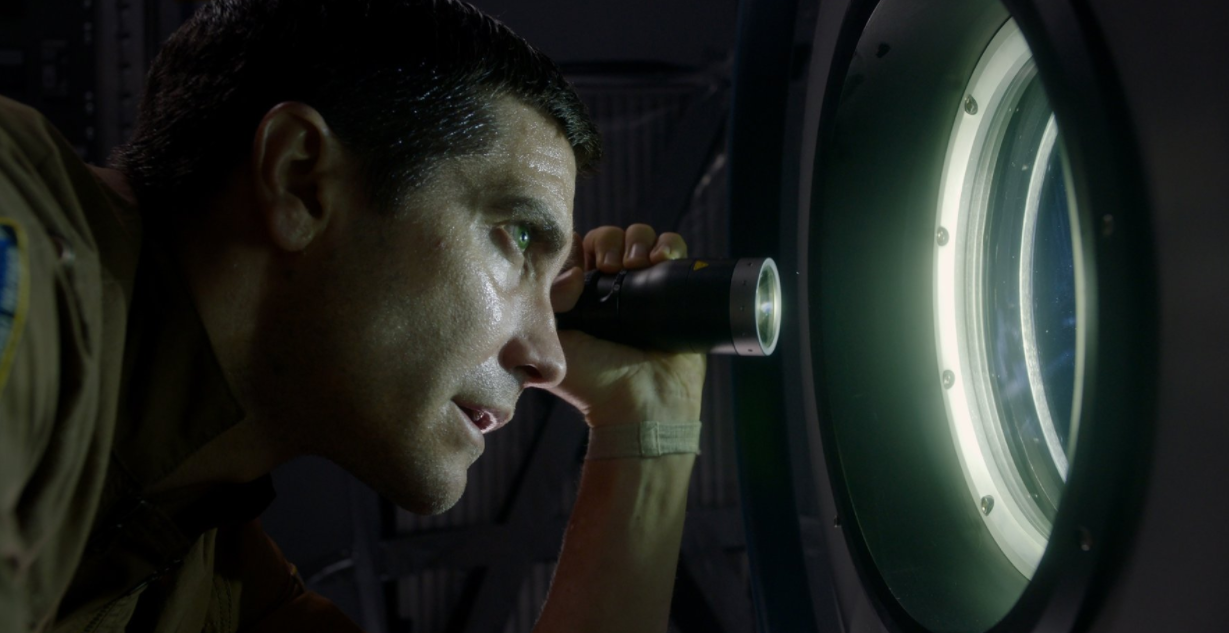 In recent years, the moviegoing masses have been blessed with a varied and compelling assortment of space movies—the expansiveness of Interstellar, the claustrophobic survivalism of Gravity, the mere presence of Matt Damon in The Martian. The adventurousness of these films is equally inspiring and entertaining, but it also raises the bar for subsequent directors who venture beyond Earth’s limits.

Life’s story is easy to grasp and (perhaps too) similar to films like Alien that have come before it: humans encounter an extraterrestrial they cannot fully understand and from which they eventually cower in fear. Crew members on the International Space Station acquire a sample from Mars that contains the first proof of extraterrestrial life, dubbed “Calvin” by a classroom of children back on Earth. Calvin turns out to be a bit more advanced—and elusive—than expected, leading to spoiler-filled chaos aboard the ISS.

The crew members—played by Jake Gyllenhaal, Rebecca Ferguson, Ryan Reynolds, Hiroyuki Sanada, Ariyon Bakare, and Olga Dihovichnaya—show chemistry early, thanks in part to the playfulness of screenwriters Rhett Reese and Paul Wernick (Deadpool). As the action intensifies and the crew dwindles, however, tongue-in-cheek sparring cannot carry the film. From the opening shot, an expansive view of space with a spaceship only a glimmer on the periphery, Espinosa makes clear the starring roles that Calvin and the great beyond will play. Man versus nature. Man versus space. Man versus a terrifying and unfamiliar force. Reynolds’ Roy gets to crack some jokes and Gyllenhaal’s Dr. David Jordan hints at a broken past—“I can’t stand what we do to each other down there”—but for the most part, the astronauts are far removed from Earth and the backstories they built there. It seems that the story could have benefitted from a smaller cast and the room for development that would lend, but Espinosa would then have sacrificed some of the film’s realism—as the ISS is quite difficult to keep running, and requires a sizable crew with varied skill sets.

Life is good for what it is but perhaps not for what Espinosa and his team wanted it to be. The action sequences are equal parts striking and disorienting, and Calvin makes for a truly terrifying horror villain, but hints at more profound considerations in the film fall short of metastasizing. Espinosa puts the ISS to work; it acts as both a technological marvel and a super-expensive labyrinth, and the craft and its inhabitants feel smaller and smaller as Calvin’s threat grows. Billions of dollars of research and construction—originally meant to spearhead exploration and discovery—instead fund enclosure and terror for those on board. Nevertheless, Life at times feels closer to Armageddon than films like Interstellar or Arrival: a moderately entertaining float through space that does not seem interested in raising any moral or existential questions worth answering. When Bakare’s Hugh remembers Roy saying, “Don’t give me a eulogy. Give me a parachute,” and when Jordan weeps through a reading of Goodnight Moon, the viewer is not attached enough to the characters to be moved, but remains filled with questions: What happens to Calvin next? How will Earth react to the events taking place on the ISS?

The basic problem boils down to scope: Calvin represents a monumental scientific breakthrough and a dynamic moral quandary, and the underdeveloped characters will be outlasted by Calvin in life and importance. The film is undeniably scary, and Espinosa makes the most of his setting, but with a character like Calvin, more questions warranted answers besides “Where is he hiding?” and “How can we stop him?” Although the audience gets to see the humans’ lives play out, what is far more interesting would be seeing what happens next in Calvin’s.

Early in the film, Bakare looks at Calvin and remarks, “Its curiosity outweighs its fear.” But from that point forward, there is little if any contemplation of that dichotomy, largely because the crew has no means of communicating with their discovery. There are countless stories to be told set in outer space—both in the parts known and those only in imagination. These tales can inspire—many already have—and can leave viewers wanting to know more, to explore, to discover. Life’s fear is effective, but it outweighs its curiosity, making a waste of its limitless backdrop.