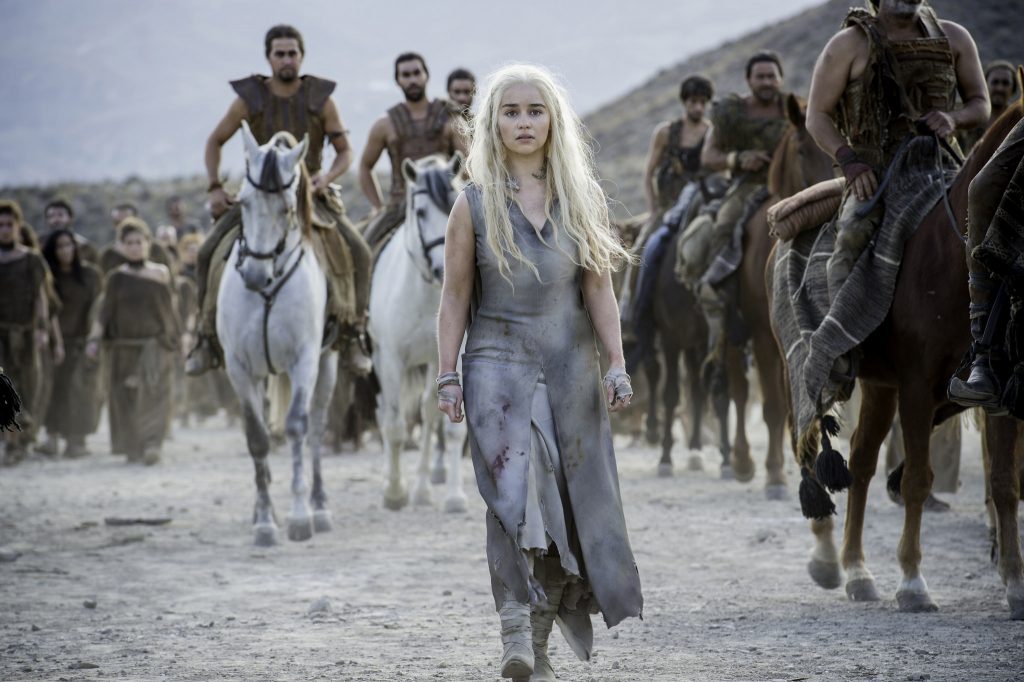 Disclaimer: This post is dark and full of spoilers.

You’re not a true Game of Thrones fan unless you’ve spent a sizable amount of time between seasons scavenging the internet for spoiler articles and Reddit threads on every plot and subplot of the series. And it was while engaging in such fruitful pursuits that I chanced upon an LA Times article that referred to Game of Thrones as the “rapiest show on TV.” The article’s point, however, wasn’t as surprising as the the statement a friend of mine made during one of those 2 a.m. conversations that college is full of: “I don’t watch Game of Thrones because I don’t enjoy blatant sexism against women.” And quite honestly I knew where she was coming from because the first time I watched the show I felt guilty for enjoying content that objectified and sexualized women. That was until I realized that Game of Thrones is not sexist at all. In fact, the show empowers not demeans its female characters.

The women on the show are everything that women in real life are. Powerful. Fiery. Capable. Daenarys Stormborn (Emilia Clarke), sole surviving member of house Targaryen, iconically claims “All men must die. But we are not men.” And, judging by the route that season 6 has taken, it seems that the showrunners are beginning to put an increased emphasis on powerful female characters while killing off important male characters. We’ve seen Cersei, of house Lannister, (Lena Headey) seize complete control of King’s Landing, and we’ve seen Daenarys and Yara (Gemma Whelan), deposed heir of Iron Islans, form an alliance that is a force to reckon with, and Sansa take back the North from the very man who raped her.

Some viewers claim that there is unnecessary sexualization in the TV series because it does not stay true to the portrayal of female characters in the book. In reality, the opposite is true. Female characters in the show have been beefed up and given a sense of complex personality traits, which they often lack in the books, where they take a back seat to the plot dynamics between male protagonists. In the books Queen Cersei, a major character, is a pawn — an incestuous woman stuck in an unhappy marriage being manipulated by her father and absolutely ignored by her psychopathic son. However, the show puts major emphasis on her character development. In the last season Cersei has gone from being a victim of her circumstances to a calculating ruler who is willing to sacrifice an entire city at the altar of her power. Similarly, the book portrays the minor character Shae (Sibel Kekilli)  as merely a shallow, sly prostitute who uses Tyrion Lannister (Peter Dinklage),  a member of the ruling Lannister family, to gain the finer things in life. In the show, Shae counsels Tyrion, works her way into the social circles of the court, and protects Sansa (Sophie Turner). She is intelligent, feisty, and fiercely protective: a perfect consort to Tyrion Lannister.

Another major criticism is that there is an excessive portrayal of female nudity and sexual violence and an unnecessary usage of sexposition. Take for example the fact that Daenarys is completely naked every time she emerges from the fire. Although this may offend some viewers it would be absolutely inaccurate if she emerged from a fire with her clothes intact, and if the scenes didn’t include her full body, it would take away from the cinematography. This misunderstanding is worsened because the graphic nature of television brings to life scenes from the book that reference nudity and sexual violence. The best example of this is the powerful scene of Cersei’s Walk of Atonement. Although Cersei walking naked through the streets of Kings Landing as people spit on her and humiliate her is mentioned in the books, the TV scene still shocked viewers  and made the emotional impact of her situation more powerful. Paragraphs in a book couldn’t prepare them to see Lena Headey completely naked, covered in filth and humiliated.

Many viewers are also unhappy with the sexual violence depicted on the show and the seemingly overused weak-raped-resurgent female character trope. As deplorable as sexual violence is, the showrunners have used it to add depth to female characters rather than just paint them as victims. In the last season the showrunners used Sansa’s trauma after her rape to portray her as a changed character — more cold and more calculating. She changes from a stereotypically demure female character into a powerful character who thinks and acts in a manner similar to the Machiavellian men of Westeros. Although her cruel fate is heartbreaking, the show writers probably could not have used another plot device to demonstrate how Sansa went from a sheltered young lady to a merciless ruler who set dogs on her rapist husband.

Game of Thrones definitely contains a lot of explicit and sexual content, perhaps more than we have ever seen on mainstream television. It would be unfair, however, to suggest that the show is sexist and treats its female characters unfairly. In fact, if I were a male character on Game of Thrones I’d be afraid now that winter is here.

Beverly Lobo is a freshman in the SFS hoping to major in International Economics with a concentration in Growth, Transition and Development. When not binge watching television she spends her time discussing issues of feminism with whoever will listen. 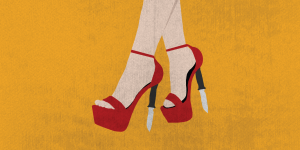 A Woman’s Place in The Kitchen