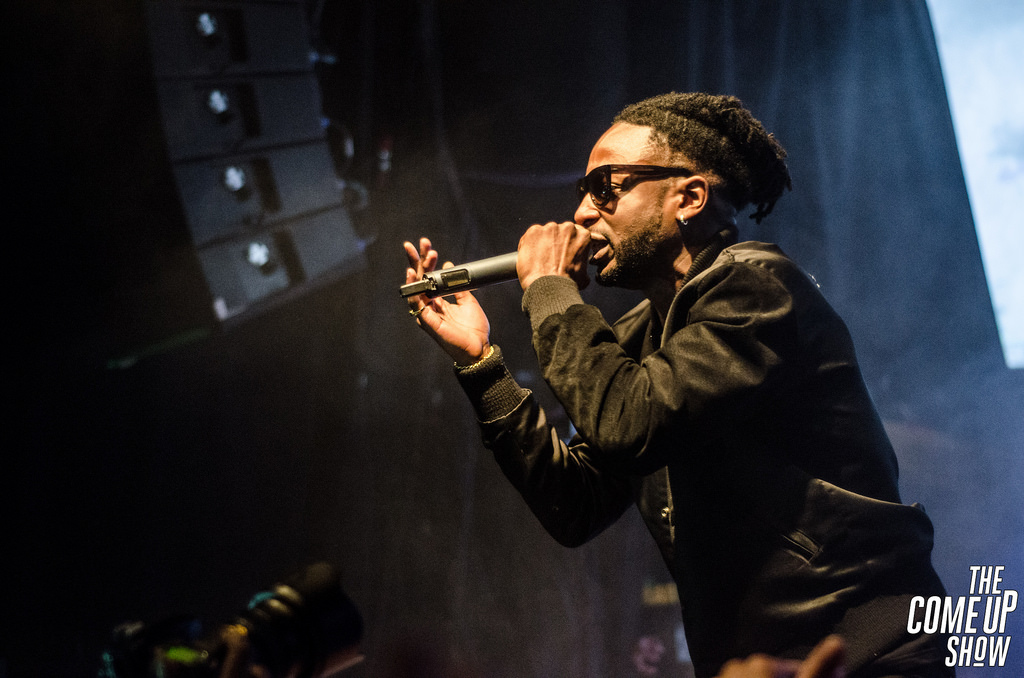 Photo Source: The Come Up Show

Jazz Cartier, Toronto’s latest rap export, has an upward trajectory as steep and sudden as any rap success story: after dropping his 2016 mixtape Hotel Paranoia, Cartier received nods from XXL, Forbes, and Pigeons and Planes. He then toured with Post Malone and dropped “Lil Wayne,” an ode to the eponymous rapper which Weezy himself posted on his Twitter.

Cartier has since stayed on the road, touring throughout North America and internationally. Cartier’s tracks are relentless and energetic, toeing the line between drill rap and gritty garage EDM. His latest single, “Tempted,” has garnered widespread attention, and features his characteristic heavy trap beats under punchy verses and an aggressive chorus.

J.I.D. and Levi Carter will be headlining the show, and both have impressive careers themselves. J.I.D. recently signed to J. Cole’s Dreamville Records label, and released his debut album, The Never Story to widespread acclaim. His precise, distinct flows are tinged with street-bred pride and weave themselves into his often bassy and always memorable beats. J.I.D. is definitely an artist to watch. Levi Carter released his first mixtape, Presence of a Lord in Dec. 2016, and embodies the finest of Soundcloud rap. Cutting-edge, catchy, and unapologetically juvenile, Carter is nothing if not a good time.

Jazz Cartier will play with J.I.D. and Levi Carter at U Street Music Hall on Saturday, April 29.