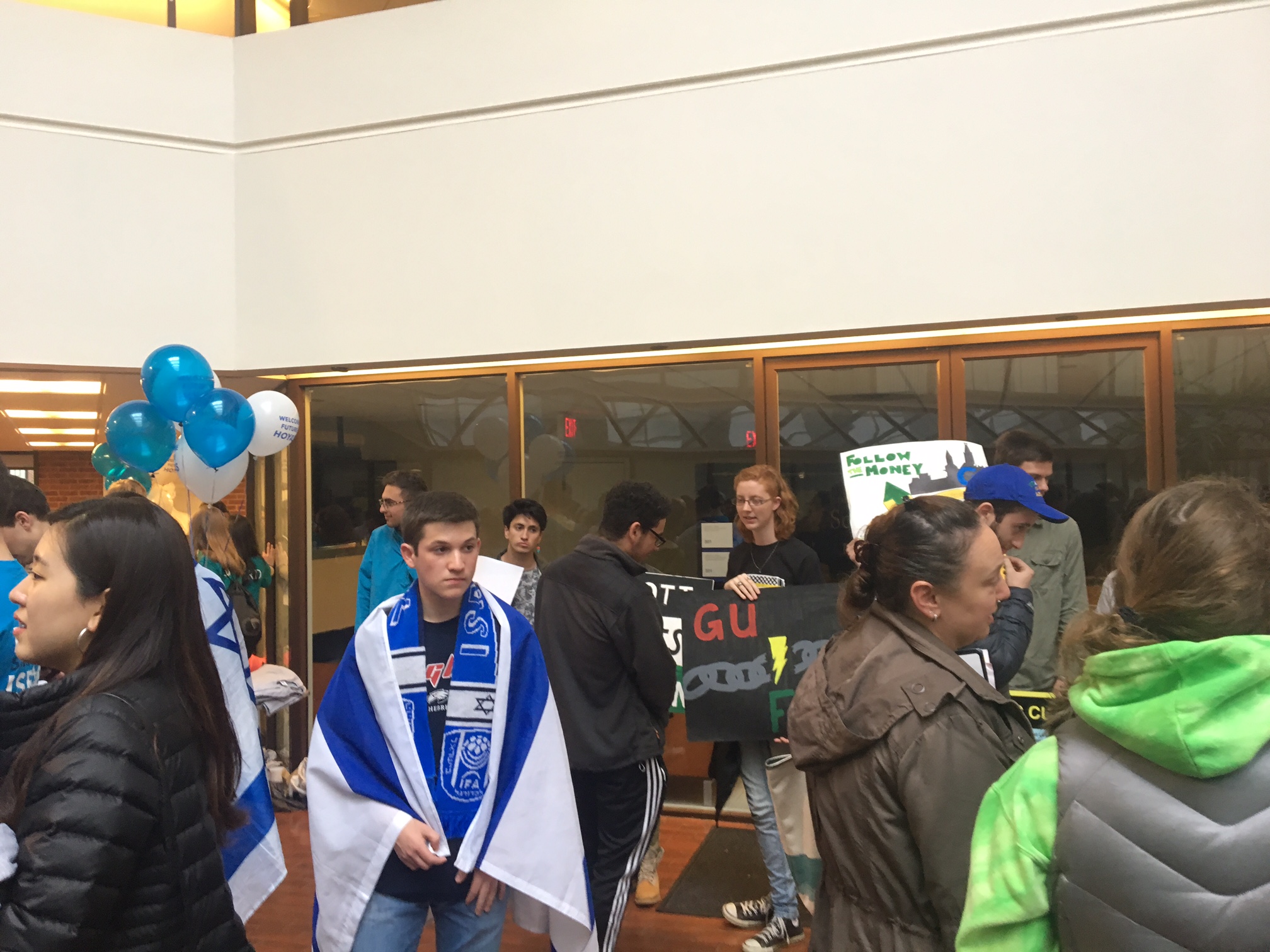 About 10 students with GU Forming a Radically Ethical Endowment (GU F.R.E.E.) demonstrated in the ICC Galleria, where student clubs were tabling as a part of GAAP Weekend. Students from the Georgetown Israel Alliance (GIA) and other pro-Israel students, some of whom were wearing Israeli flags as capes, arrived after the students with GU F.R.E.E. to counterdemonstrate.

Eman Abdelfadeel (COL ‘17), one of the GU F.R.E.E. demonstrators, said that Saturday’s tabling fair was an ideal time to raise awareness of issues surrounding the university’s endowment and divestment from state violence. “We think this is a really great opportunity for students to understand that [the] university puts money towards things including occupation and investing in the caging of black and poor bodies with our money,” she said. “We should know this before we go to Georgetown.” GU F.R.E.E. protesters held signs with slogans like “Boycott Divest Sanction” and “Follow the Money” written on them.

Some of the pro-Israel demonstrators said that GU F.R.E.E.’s protest made Jewish students feel unwelcome. “We are concerned that the effect, if not necessarily the intention, is to signal to prospective Jewish students that this is a hostile environment for them,” Tanner Larkin (SFS ‘20), GIA political chair, said.

Both sides hoped that their protests spark discussion on campus. “I hope this starts a more critical conversation about showing a disconnect between the Jesuit values that we claim,” Abdelfadeel said.

However, Lerner acknowledged challenges in discussing the Israeli-Palestinian conflict. “It’s a difficult conversation to have because, on some level, we operate on a different set of facts. At the same time, it’s a conversation that needs to happen,” Lerner said. “It’s really the only way that productive discourse can happen around Israel and Palestine on campus.” 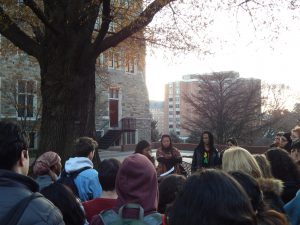