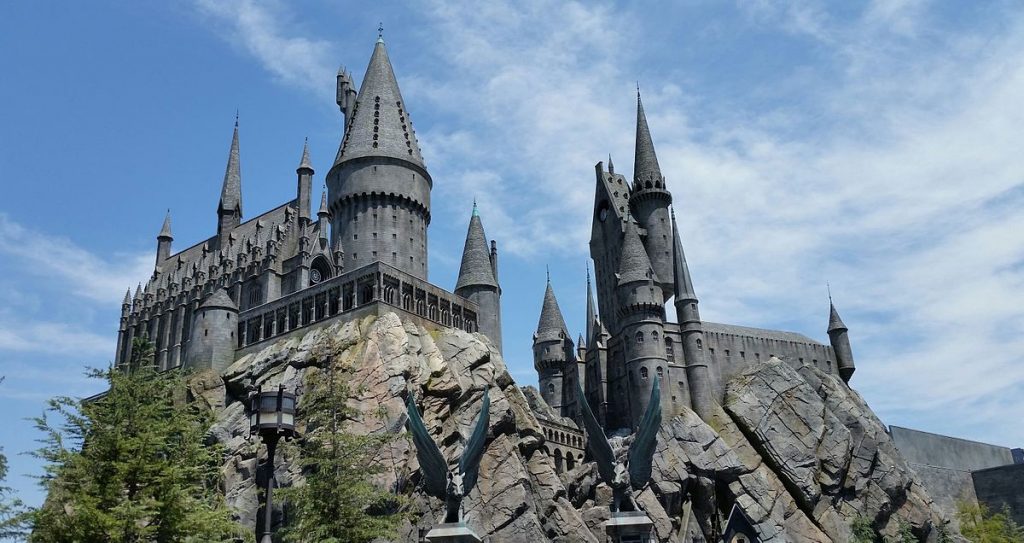 J.K. Rowling has gifted the world with an astoundingly magical universe ‒ not “magical” just for the wizardry, but for the exceptional network of stories housed within the pages of arguably the greatest millennial children’s and young adult fiction.

Harry Potter set such a high standard from its literary inception that it is nearly impossible for any sort of spin-off ‒ from movie adaption, to sequel, to prequel ‒ to adequately supplement or mimic the original series. That said, each one still finds a way to capture my intrigue and excitement. I enforce a rule upon myself that I must drop everything I am doing to watch any Harry Potter movie that happens to appear on television, yet I hold steadfastly that the books are far better. I’ll stay up until 3 a.m. to finish reading Harry Potter and the Cursed Child, but I’ll finish the novel with a string of complaints that separate the sequel from the books I cherish. Stepping into the Universal Studios recreation of Harry’s realm on one hand feels like a dream come true, but on the other, traces of muggle-level craftsmanship seep through the intricately painted facades.

Harry Potter and the Forbidden Journey, the Hogwarts castle ride central to Hogsmeade, the original Wizarding World park, is a masterpiece. Digital virtual reality transitions seamlessly into life-like animatronic adventure, complete with the special effects of hot dragon breath and spurts of spider spit. The storyline is thrilling, coherent, and intriguing, as riders follow Harry on a tour through Hogwarts’ most memorable mysteries, from the Chamber of Secrets to the Whomping Willow. Character behavior is perfectly akin to the personalities we know and love: riders grin with a knowing nostalgia when Hagrid asks if anyone has, by chance, seen his lost dragon. Waiting in line is a destination in itself, as queues wind through Hogwarts’ halls and classrooms, featuring props and replica scenery instantly recognizable to devoted Potterheads. Outside of the Wizarding World, Universal Studios lacks stand-out rides and experiences; the Forbidden Journey alone is motivation to purchase a park ticket ‒ especially when you add the neighboring Dragon Challenge roller coaster, comprised of two unique coasters intertwined.

Diagon Alley has noticeably less to offer for thrill seekers and fans of virtual reality. Harry Potter and the Escape from Gringotts, the centerpiece attraction of the newest Potter park, fails to clear the bar set by the Forbidden Journey. Animatronics are completely absent, and digital virtual reality has been reduced from the Forbidden Journey’s completely immersive IMAX screens to more detached 3D videos that often appear stuck inside picture frames. The ride seems to have been rushed in design and construction; the ride plot fails to decide whether it’s recreating a scene from the Deathly Hallows or crafting a story of its own ‒ an awkward dichotomy rendering doubt as to where the ride’s story fits within the Harry Potter universe.

The parks have distinct atmospheres, emphasizing that they are different areas of Harry’s world. Hogsmeade is an open-air village with snow-covered rooftops, easily accessible by bridge, whereas Diagon Alley is decidedly hidden, with taller, painted buildings and narrow, covered roads. The accessibility of each is a clever feature: the Hogwarts Express pulls into a clearly-marked station in Hogsmeade and to a replica of King’s Cross Station near Diagon Alley. The exterior of King’s Cross is the muggle-view of London, complete with souvenir street vendors and the Knight Bus. Access to Diagon Alley is through an unmarked passage masked by a suitably mundane brick wall: an entry that only wizards will recognize.

The Hogwarts Express is a thorough recreation, with a window video of the journey through the highlands of Scotland and the striking gloom of London’s weather, coupled with the voices and silhouettes of Hogwarts students passing by the cabin door. The only aspect missing is a sweet visit from the Trolley Lady, though the silhouettes suggest she visits at least some of the other cabins.

The shops in each park are decidedly hit-or-miss. Waiting for each Ollivander’s location, I aimed to place myself ‒ without success ‒ in positions in queue far away from the young children who are always selected to participate in the wand-chooses-the-wizard demonstrations. It’s worth experiencing once, as the performance closely mirrors the film portrayal, but each successive demonstration varies only by the child selected (one seemed rather fearful of her wand, another passed through in bored disbelief). Other shops are more bluntly theme park gift shops. The Half-Blood Prince paints Weasley’s Wizard Wheezes beautifully as a lively and dynamic joke shop; the theme park portrayal is static and quiet, as Umbridge rests solemnly on her tight rope and never calls for order ‒ at least not during the time I spent inside.

When it comes down to it, Hogsmeade is to Diagon Alley as the Chamber of Secrets movie is to The Order of the Phoenix. You won’t catch me turning down a screening of either film, but The Chamber of Secrets captures a certain fullness and nostalgia that the fast-paced Order of the Phoenix seems to lack. Yet admittedly, I view each through the lense of the original books’ majesty.

And oh, on one more important note: I don’t think the wands are made by the real Ollivander. Mine seems to have lost its magical properties the moment I came home.

Emily Jaster Emily Jaster is the former features editor and former Halftime Leisure editor for The Georgetown Voice. When she's not writing for the Voice, you can usually find her writing poetry or wandering around art galleries and concert halls.