Casting Tom Cruise in what is supposed to be a cinematic universe starter may not be the best idea. At this point in his career, almost anything Cruise stars in must cater to his strengths: namely, running away from things. Indeed, The Mummy feels an awful lot like a film that cannot decide what it wants to be: there are elements of action-adventure, horror, and even some comedy. But the movie never commits to any of these genres in a meaningful way, creating an underwhelming and eventually completely forgettable experience.

This is no direct fault of Cruise, either. He gives a decent enough performance: his protagonist is par for the course of a typical Cruise character. The film opens with Cruise and his partner engaging in an ill-advised firefight in Iraq, which culminates in the uncovering of an ancient Egyptian burial site. In that underground site is the sarcophagus of the eponymous mummy, and the rest of the film ensues in a remarkably uninspired manner.

There’s nothing in The Mummy that works particularly well. Director Alex Kurtzman is an experienced screenwriter and producer but a novice behind the camera—and it shows. Lots of scenes take place either at night or in dark, drab interiors, and there isn’t a good-looking exterior shot in the entire film. Moreover, the editing feels extremely choppy and uneven. Many scenes contain bizarre cutaways to dream sequences or earlier events in the film. At first, these moments are mere distractions, taking the audience out of the scene. After the umpteenth time it happens, it becomes actively aggravating.

The scenes unmarred by disorienting editing are undone by lackluster characters. Any comic relief the film contains misses the mark badly. Jake Johnson plays Cruise’s sidekick, who seemingly exists solely for the purpose of shouting jokey lines at Cruise as the duo gets into trouble, but his shtick becomes grating quickly. Annabelle Wallis plays the obligatory romantic interest, and that’s, unfortunately, all the audience will know about her character. Sofia Boutella is the titular mummy, and her performance is weird enough to be suitable for the character, but it isn’t particularly impressive in any way.

Beyond the poor comic relief, the film makes a couple of half-hearted attempts at horror. These scenes predictably take the form of several jump scares, none of which are actually effective. The action scenes are poor, the scary scenes are just annoying, and the humor is flat-out bad. Cruise is clearly trying his best here: he puts his heart and soul into whatever sequence he’s in. Unfortunately, no other actor is given anything to work with, making for mercifully short and surprisingly dull hour and forty-five minutes.

So does The Mummy actually do anything that makes the film worth seeing? Beyond Cruise’s best attempts at an entertaining performance, the references to the extended “Dark Universe” are the most memorable parts of the movie. Russell Crowe plays Dr. Henry Jekyll, ostensibly the character who is supposed to tie all of Universal’s forthcoming monster movies together into a cinematic universe. When Cruise and his bland cohorts finally encounter Crowe’s organization, the film pauses to give viewers several visual Easter Eggs and hints at the movies to come. It’s a surprisingly clever and effective moment that does make The Mummy feel like the start of something greater. Later in the film, Crowe and Cruise engage in what can only be described as a wrestling match between Cruise’s character and the famous alter-ego of Crowe’s character, Mr. Hyde. It’s an unintentionally hilarious sequence that gives the film its only moments of life.

Perhaps it is fitting that a movie that contains scenes of a mummy sucking the life out of its victims is completely lifeless itself. The Mummy can’t help but feel like a major disappointment. Universal had an opportunity to make a memorable horror movie, or an Indiana Jones-style adventure, or a lighthearted romp that hearkens back to the Brendan Fraser Mummy movies of old. Instead, it attempts to kickstart its series of interconnected monster movies with a film that has no idea what it is, and the result is a tonally confused and deeply forgettable experience. Casting Cruise in this franchise starter may have guaranteed overseas financial success and made sure that the movie would have at least one actor invested in the proceedings, but it also meant that the filmmakers had to cater to his strengths and create a movie that tries to be too much and ends up being nothing. Let’s just hope that the next Dark Universe film can resurrect the series. 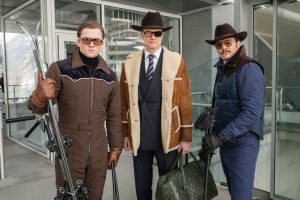 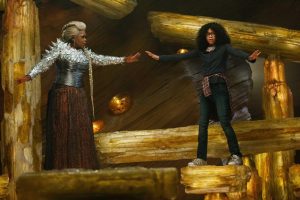