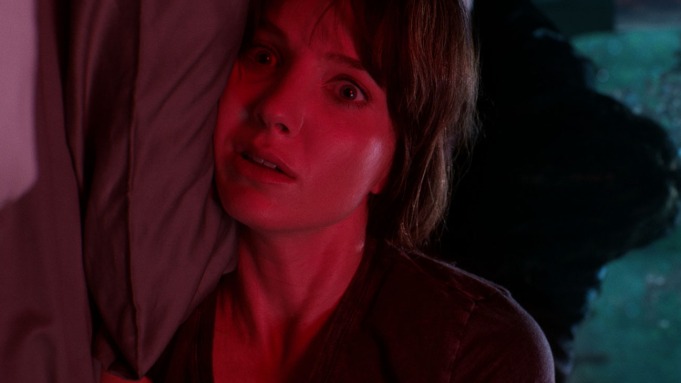 As the lights came up at the end of Malignant (2021), James Wan’s demented new horror extravaganza, my friends and I took the opportunity during the credits to howl with laughter. However, that does not mean the film does not work; in fact, just the opposite. Malignant’s fairly standard beginning gives way to a final half hour that is ludicrous in every way, but a strong emotional core keeps the whole thing from flying off the rails.

Film fans usually keep track of the fall festival season, where films premiere, receive rave reviews, and build hype for months as people speculate about release dates and award nominations. Malignant, which did not even screen for critics until its release date, provides a refreshing antidote to the typical hype cycle—it feels like it came out of nowhere, but it is bound to be better than several of this year’s Best Picture nominees. It is an early fall treat from a cast and crew completely certain of their own abilities to build up their story until it is time to let Gabriel off the leash.

The problem with reviewing Malignant is that the critic inevitably wants to talk about what they should not: I already worry that I will give away too much, even though I have not even hinted at some of the deranged depths the film reaches. Malignant does not really have a central theme. Instead, the film is just an incredible pile of things happening in succession, Wan asking “What if my monster acted like this?” and confirming that, yes, it would be very cool to have a horror-movie monster who acted like that. If you have a taste for blood and gore, but also a taste for complete and utter ridiculousness, this is absolutely the movie for you, as Wan and crew go extremely over the top. It is far too successful in both its technical filmmaking and its tonal balance to be campy or “so-bad-it’s-good:” instead, the only way to describe it is as completely, ridiculously brilliant.

The plot of Malignant concerns Madison Lake (Annabelle Wallis), a woman who lives with her abusive husband Derek (Jake Abel) in an extremely blue Seattle—the color correction and muted lights are a bit distracting at first, but the eye quickly gets used to it. After her husband pushes her into a wall so hard that the back of her head makes the plaster crack, she locks herself in her room, and wakes up the next morning to find her husband dead, killed by a spindly, shadowy figure. It turns out that Madison dreamt of the figure and her husband’s death the night before, and after she has several more dreams of the monster’s killings around Seattle, she realizes that she is having premonitions of these deaths. Enlisting her sister Sydney (Maddie Hasson) and two homicide detectives (George Young and Michole Briana White), Madison tries to figure out what is happening to her and how she can stop it.

The first hour of Malignant is effective, yet predictable: Wan blends a haunted-house movie and a serial-killer procedural together and stages several scare sequences that work well. The figure, who is eventually dubbed “Gabriel,” scuttles around with hypnotically undulating movements visualized by contortionist Marina Mazepa, and Wan knows just how to stage scenes where Gabriel torments the audience before killing his victims. An early scene where Madison worries that Gabriel is coming after her and decides to lock all her doors is visually imaginative, as Wan places his camera on the ceiling of each room, giving a birds-eye view of her running through each room. This brief exercise in style is reflective of Wan’s sense of space, as he and cinematographer Michael Burgess place the camera in typical, yet successful, horror-movie negative space, where there could be a monster lurking around every frame of the camera. This combines with the usual jump scares and blood splatters to successfully generate tension for the viewer, although they are shot through with tinges of humor.

Around an hour into the film, the mystery of what Gabriel is kicks into high gear, and Malignant rapidly becomes the funniest movie of the year. The twist revolves around some gruesome gore effects and remarkable creature design, and it left several members of the audience cracking up laughing, in awe of the movie’s commitment to the bit. While a lesser film would only show Gabriel’s true form very briefly, considering the reveal to be satisfying on its own, Malignant proceeds to take said reveal to the extreme by elaborating what would happen after, with an extremely gory action climax that is almost too crazy to be believed. In the final 30 minutes, the tone suddenly rockets away into insanity, as there are ridiculous wigs, ultra-violent kill scenes, the world’s oldest 9-year-old (played by a 15-year-old), over-expository dialogue complete with over-dramatic music, the sudden reveal of a cliffside mental asylum, cars and chairs being used as weapons, a brawl in a women’s prison, and two of the greatest falls in cinema. The second one generated a yell of surprise and delight from more than one member of the audience.

Wan knows how wild the situation he puts his characters in is, but displays the absurd scenarios earnestly, without a self-aware winking that would tilt the film too far into camp and ruin the tone. Madison is a fully realized, excellently performed character who the audience wants to see succeed, and the script has the emotional honesty needed to make the zany ending work. It is a nasty film, with graphic surgery scenes and brutal murders, but it never forgets that Madison is a victim of her husband’s abuse and so it gives her a support network of her family. It feels refreshing for the audience that she has people to reach out to after her nightmares, and the family connections that she has serve as an unexpected emotional anchor. Instead of wrapping up with an extended epilogue scene, Wan and crew smartly remember that this is Madison’s story and allow the film to end at its most natural, cathartic point.

Malignant is a uniquely structured film, as it requires a lot of audience buy-in for a little over an hour before it gets to the fireworks factory. The whole film is essentially a setup to a punchline, but the setup is more than justified by how the film deals with its punchline and what comes after. Instead of simply spinning its wheels until the twist, the film builds up its emotional core so it has something to return to instead of flaming out. Watching the film is going on Madison’s journey with her, and it is a journey well worth taking.

Malignant is currently playing in theaters and will be streaming on HBO Max until October 10. See it with friends. 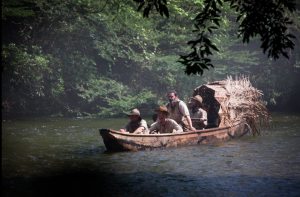