Ten years ago, if I said to you, “Last week we retweeted a bunch of really bad takes made by the Process- doubters from the past few years,” you’d probably look at me like I was insane.  At this particular moment, however, that sentence makes perfect sense, and anyone who spends time perusing the weird world of Sixers Twitter knows exactly what I’m talking about. After years of being adored on (and because of) the internet, “The Process” reached its peak online, the only way it ever really could have.

With the deal between the Philadelphia 76ers and the Boston Celtics, which sent Boston’s number one overall pick to the Sixers, it finally seems as if the era of The Process has ended. Sam Hinkie told us that we’ll know when the time has come. #RTArmageddon showed us that the time is now.

A search of that hashtag on Twitter brings up hundreds of old tweets and articles, by pundits, bloggers, and general fans, denouncing the Sixers (in)famous “Process” of rebuilding, in which they completely scrapped their roster down to the bare minimum and sought to create a new team through the draft. While it is far too early to tell what will become of this Sixers team in the coming years, it is impossible to look at their core, with Joel Embiid, Ben Simmons, and Markelle Fultz as anything but positive.

Now that the team has used their second straight number one pick on someone who complements last year’s number one pick, the fans that stuck by the team during its low points are turning to the internet to sit in their smug glory. And, yes, it is glorious.

That the manifestation of years of cult-like dedication to this idea for rebuilding should end up with an afternoon of mocking oldhead journalists on Twitter is perhaps as good an explanation of the cultural phenomenon that was (is?) “The Process” as could exist. In the same way that the sentence at the top of this article couldn’t make sense at any other time in history, it is hard to imagine that The Process, and the fans who so desperately used it to find an identity, could have taken place in an era without the internet.

Sixers fans are right when they say that the years before Sam Hinkie became GM were intolerable, with the team wandering the desert, searching for manna in the form of Andrew Bynum or Spencer Hawes. After the disastrous Bynum trade, now seen as one of the worst in NBA history, it was clear that the team needed a fresh start, and Hinkie certainly could not have been the only GM candidate to suggest that the they needed to rebuild.

The manner in which Hinkie proposed to rebuild, however, was unheard of. Everyone knows that rebuilding teams need to get worse before they get better, but no other front office member suggested that things go that bad. No one else hoarded second round picks in the way Hinkie did, and no one else was so open about tanking in the way he was. Yes, the way the draft is set up incentivizes teams to do poorly, but it was always assumed that in order to maintain fans, goodwill with the league, and self respect, no team would stoop to the level that Philadelphia did.

Hinkie’s moves were clearly unprecedented, but there’s no reason to believe that they couldn’t have worked at another time for another team. Yes, he is known for using advanced basketball analytics which may be relatively new, but it isn’t ludicrous to argue that, for any year in which the lottery existed, tanking for star players could be a useful method. However, had such methods been tried at any other point in NBA history, they certainly would have failed to gain such strong support from a loyal group of fans in the way that Hinkie’s Process did.

The support group that has come to define Philly fans would be impossible without the internet. By giving fans the ability to create their own media, the internet has made it possible for younger fans to connect with Hinkie and the decisions that he made. Instead of being forced to read the Inquirer or listen to 94.1 WIP, Philly fans congregated on Liberty Ballers and listened to The Rights to Ricky Sanchez. Those of us who dubbed ourselves “Process Trusters” certainly do believe in the methods that the Sixers have used, and yet there is no denying the fun that comes in mocking the old heads of sports media that denounced them.

When Spike Eskin, co-host of the RTRS podcast and the semi-official leader of the cult of Hinkie, would constantly call in to his father Howard’s WIP talk- radio show to argue about about the moves made by the man the elder Eskin refers to as “Scam” Hinkie, it represents inter- generational arguments going on all over the Delaware Valley and all over the country. With their own blogs and access to almost unlimited information, young fans of the Sixers were able to create their own spaces to grow the fandom and to support the team’s moves- in contrast to the columnists, radio hosts, and pundits who denounced them along the way.

All of this brings us to Monday afternoon of last week, when the Sixers and Celtics officially announced the trade. Once the deal was finalized, the armageddon began, with the timelines of countless “Philly Twitter” members flooding with old tweets and arguments calling out Hinkie and all he stood for. It was the ultimate Process Truster move. The majority of the takes in question were from more traditional media types, with the whole “event” in question planned and thought up by Spike Eskin and Michael Levin, heroes of the Sixers Twitter scene, and hosts of the RTRS podcast.

I can only hope that Joel Embiid is one day remembered for his incredible play on the court, and not his hilarious social media persona (he himself participated in #RTArmageddon, in one of the most self- aware moments in NBA history). It will be his dunks and defensive presence, not his Shirley Temples or Rihanna swooning, that will be key for the Sixers. Still, “The Process,” just like the man who took it as his nickname, should not be thought of merely as a basketball phenomenon. It is a community as well, and for that, we have the internet to thank. 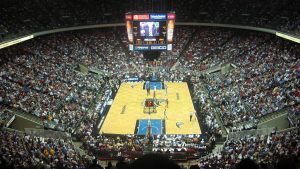 Re-Discovering the Magic: The Revival of Orlando Basketball 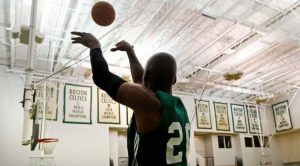