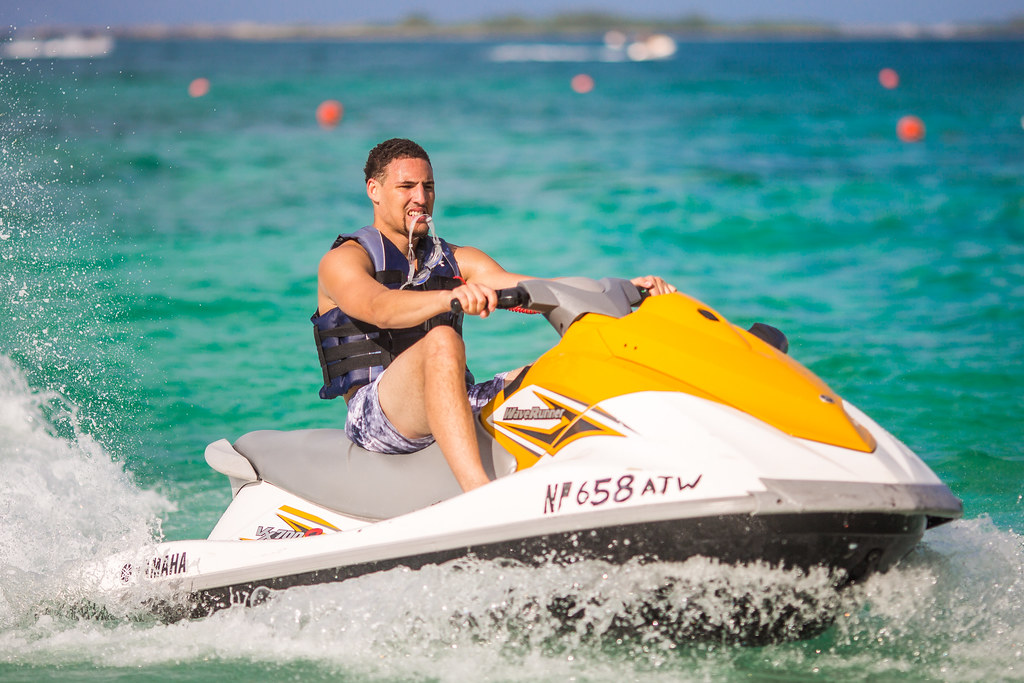 My opening caveat: Yeah, I get it. You don’t feel sorry for me. Yes, I am a Warriors fan, and I know that some part of you is gleeful as to how quickly the Warriors have fallen. There was a starting lineup of Ky Bowman, Jordan Poole, Glenn Robinson III, Eric Paschall, and Willie Cauley-Stein earlier this season, which are, coincidentally, default player names on 2k. The Dubs certainly will not be vying for a title this season (no one read my NBA preseason predictions), and I haven’t gotten this much smack since my friend Joey bragged about Kobe’s fifth championship on the playground in second grade. One day, when I was feeling particularly sad, I went to the one YouTube clip that can always turn my day around: Klay Thompson’s 37 point quarter.

The beauty of that moment cannot possibly be overstated: it was the most dominant 12 minute performance in NBA history. Thompson is a mythical figure in the Bay as the sharpshooter who turned into an all around stud and has the most refreshing personality of any player in the game. He inspired the cult of Klaytheism, of which I am a card carrying member, and is one half of the duo that has set the NBA on fire since he was drafted. He has inspired countless kids to try to replicate his sweet shooting motion, and inspired my dad to nickname my younger brother and I the Splash Blunders due to our skills (or lack thereof) on the basketball court. With Thompson likely out for the entire year after tearing his ACL in the Finals last year, I am inspired to compile my ten favorite on and off the court moments for Klay Thompson, the NBA superstar who is anything but.

This video puts me in my happy place. This is the single greatest shooting performance ever, and I will not be reading replies. Klay simply could not miss, going 13/13 from the field, 9/9 from the perimeter and 2/2 from the free throw line. And he didn’t just get the points one way. He made threes, threw down dunks, drew fouls, and hit elbow jumpers. No one that Sacramento sent at him made a difference. I’m fairly certain Jimmer Fredette packed up his bags and walked back to Utah midway through the quarter because he wasn’t doing anything to stop him. This clip reminds me of simpler times, before the Dubs had won their titles, when it was just a bunch of young guys (and David Lee). No one on the bench could contain their excitement. As Bill Simmons wrote at the time, Klay ran around looking like a serial killer bathed in a victim’s blood. The crowd was losing its mind. Timeouts couldn’t stop him, nothing could. Pure bliss.

Like many regional stars, Thompson has spent his time on the local commercial circuit. Due to his propensity for reading newspapers in the locker room, he shot ads in support of the San Jose Mercury News. However, the most amazing advertisement that Klay filmed involves himself playing Michael K. Williams in a chess match based on the legendary Seventh Seal  chess match. The company the commercial was for? Kaiser Permanente. I sometimes wonder who thought of that idea in a Kaiser boardroom room and said: “Yup. This is the move.” Klay has grown up, though, and recently signed on to be a part of the new Space Jam movie as the costar of basketball rival LeBron James.

Klay Thompson’s performance in Oklahoma City sent ripple effects throughout the league. It provided the impetus for the Warriors to win another two championships after signing Kevin Durant away from the Thunder, who have not been the same since this series came to its conclusion. It solidified Lebron’s legacy when he was able to defeat the 73-9 Warriors on his way to bring home a championship to Cleveland (If anyone mentions the size of the lead the Warriors had in that series, I will Malice in the Palace you). Most importantly, it was the birth of Game 6 Klay. This game proved that Klay could carry his success into the postseason and can turn any game on its head. He would go on to replicate his Game 6 feat in 2019 against the Rockets, and provided another excellent Game 6 moment in the next series, which is mentioned more in depth in point 9.

Klay Thompson is the prototypical everyman. This was never more evident than when he was pulled into an interview, man-on-the-street-style, to discuss New York scaffolding. The subhead of “NBA player” is the only way casual viewers would know he was any different than them. It’s simply mind boggling. As the news editor of the Voice, I am often tasked with writing lead-ins to quotes. “He looks up curious, but quickly walks underneath” is an all timer. You’ve heard of Bob the Builder, now you know Klay the Kontractor.

Sixty points is difficult to achieve in the NBA. In fact, only seven active players have accomplished the feat since the 2016 season. Klay Thompson makes it look easy. In a dominating 2016 performance against the Indiana Pacers, Thompson scored 60 points in only 29 minutes and on 11 dribbles. Scoring a smidge over 2 points a minute is nearly unheard of in the NBA, yet Klay did it effortlessly. He only stopped when Coach Steve Kerr took him out with the game well in hand. I was outraged. There was no doubt in my mind that Klay could have caught Kobe’s 81 point performance (the second highest single game total in NBA history) if allowed to stay in the fourth. This performance only proved the fact that if anyone could take a run at Wilt Chamberlain’s single game record of 100 points, it would be Klay.

Was this a meme? Yes, but dang it was a good one. Some background: at an autograph signing, one ambitious fan gave Klay an entire toaster for him to sign. Klay was understandingly surprised, but his reaction bordered on apoplectic. He did end up signing the toaster, and then his team went on a massive tear, going on a 27-1 run at one point.  As redditors once said:

The record for most three pointers in a game is perhaps Klay’s most shrug worthy accomplishment. Like wow, one of the best three point shooters of all time set the record for most threes in a game! However, this was no ordinary performance. Klay only played 26 minutes to set the feat, and did so in a gigantic headband. There is nothing quite like Klay when he’s on fire, especially because it comes out of nowhere. Before this game, Klay had been in a massive cold stretch, only to then set Chicago’s United Center aflame.

China Klay is the defining view of public Klay. The thing that sucks the most about the NBA season is that it ends in June. The lack of a WNBA team in my area created a sports vacuum during my childhood summers that only my beloved San Francisco Giants could fill. However, in recent years, the NBA offseason has increased in scope, and blockbuster signings and trades keep the rumor mill churning throughout the dog days. However, transactions aren’t the only story. Seeing the mild mannered Thompson, on a trip across the Pacific, dancing on stage and missing dunks gives me pleasure to this day, and only endeared him to me more.

There is no way I am the only person to call it the Last Roar at Oracle, but I’m going to run with it. Of course, I am referring to Klay, minutes after tearing his ACL, jogging back on the court to take and make two free throws. Even today, sitting in my common room, I am almost moved to tears. Yes, adrenaline was probably streaming through him and he could barely feel the pain. But I just remember the sound. Klay had hobbled off into the tunnel, and Oakland had been silenced. It wasn’t supposed to end like this. Not like this. But then, what’s this? Danny LaRusso is gonna fight‽ It was certainly similar to the Karate Kid. The people’s champion, going down before he was ready, coming back to a thunderous ovation. And boy was it thunderous. In mere seconds, the somber crowd blew the roof off the place when they realized Klay was back. They did not know then that Klay would be out for the game. They did not know they would eventually lose Game 6 and the series to Toronto. They only saw their hero making his return. Oracle Arena had been known for years as Roaracle due to the sheer amount of decibels that Warriors fans could hit. Oracle closed after last season, as the team transitioned to San Francisco and the Chase Center. But on that June night, Oracle roared one last time.

Ok ok I know why you read all the way to the end of this article. You want some cute bulldog content. Lucky for you, Klay Thompson is a huge dog dad. His bulldog, Rocco, is a celebrity in the Bay Area. Klay is known for not yet settling down with a wife, but does he even have to with Rocco around? Look at this guy. The perfect dog for the perfect man. Get well soon, Klay. We need you. 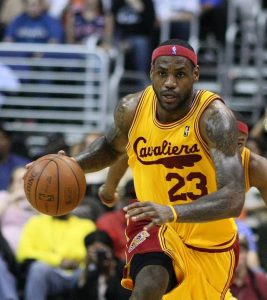 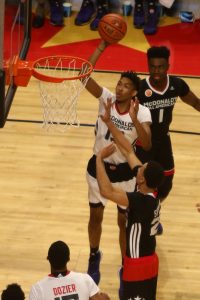 i like your shooting , dunk and lay up
Who is your friend in golden state warrior.

I like NBA becuase golden state warior your team are every good.
And septhen curry can 3 piont and lay up and i keep watch NBA alot so i like it.