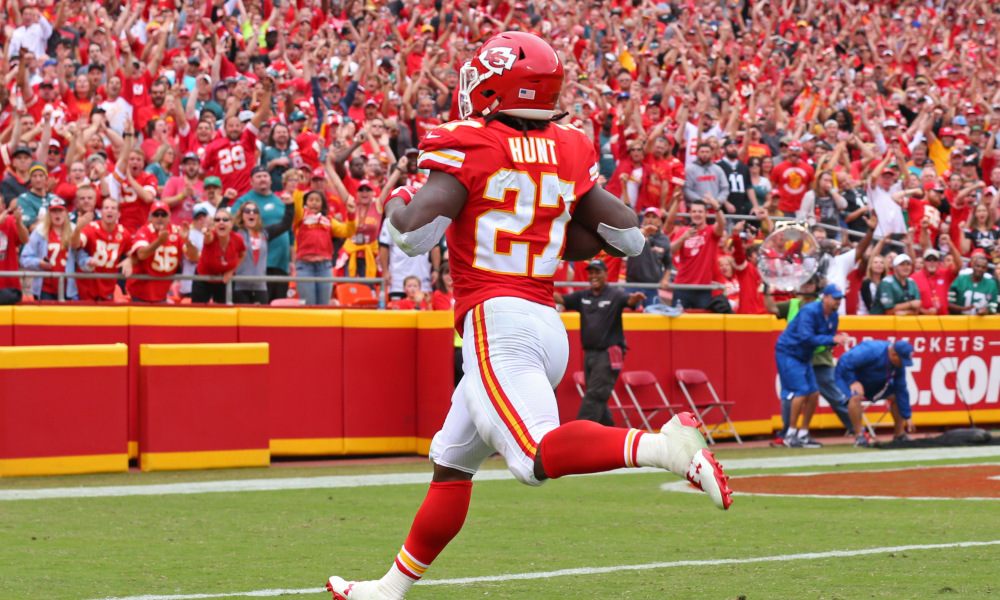 With the second week of this year’s much anticipated NFL season under wraps, it is time to look back at this past weekend’s biggest winners and losers. Granted, this should be taken with a grain of salt. It is only Week 2, so no fans should be chalking up the season as a rebuilding year just yet (except for the Jets and Browns), but there is still much to be learned from these past two weeks.

The Chiefs have emerged as the team to beat through the first two weeks of play. Their defense continues to be the stingy, hard-nosed group, led by Justin Houston and Tamba Hali, it has been the past few years. The offense appears to be bouncing back from a fairly dismal 2016 season, putting up 42 points on the reigning Super Bowl Champion Patriots and 27 points Sunday against the Eagles. This sudden, high-powered offense is due, in large part, to Kareem Hunt’s emergence as a legitimate rushing and receiving threat. He has not only filled the goliath-sized shoes left by Jamaal Charles, but has in fact surpassed virtually everyone’s wildest expectations. The rookie sensation has 5 touchdowns in two games (three rushing and two receiving).

Alex Smith continues to be the efficient passer he has been throughout his career and has already thrown a touchdown to a wide receiver, which did not occur for 21 consecutive games from 2013-2015. Smith has thrown for 619 yards and five touchdowns in just two games. In the coming weeks, the Chiefs’ hot streak will depend largely on Hunt’s production and Smith’s continued success through the air.

The Raiders have looked almost as impressive as the Chiefs throughout their first two games. They have trounced their first two opponents, granted they were the Titans and Jets. Nonetheless, in Week 2, Michael Crabtree stole the show. He had 6 catches for 80 yards and a TD hat-trick. Crabtree proves that he is still a relevant receiving force, especially since his counterpart Amari Cooper attracts most of opposing defenses’ attention. In addition, Marshawn Lynch scored his first touchdown as a member of his hometown Raiders, showing that he can still be productive despite a yearlong sabbatical. Perhaps the most integral part of their success; however, has been fourth year quarterback Derek Carr. He has picked up right where he left off after a broken leg cut his stellar 2016 season short. Carr has cemented himself as the undisputed leader of the team and one of the rising stars in the NFL.

After showing signs of a Super Bowl Hangover in Week 1, the Patriots, unsurprisingly, came back guns blazing in Week 2 against the Saints. Rob Gronkowski once again showed he is the league’s most dominant tight end, totaling 116 yards and his first touchdown of the year on six catches. Unexpectedly, Mike Gillislee has emerged as a solid replacement to LeGarrette Blount in the Patriots’ backfield, rushing for 69 yards and a touchdown against the Saints, and a combined 114 yards with 4 touchdowns through the first two weeks. Finally, as expected, Tom Brady proved he is still arguably the best quarterback in the league (and ever) even at the age of 40. Brady shredded New Orleans through the air for 447 passing yards. If the Patriots can maintain their balanced rushing and passing attack, they appear poised for another championship run this year.

The Chargers lost their second heartbreaker in a row this weekend. They enjoyed a 17-13 lead for much of the second half before allowing the Dolphins to kick two field goals in the fourth quarter, with one in the final minute of play, to take the lead. Philip Rivers orchestrated a brilliant drive from the Chargers’ own 20 into field goal range, giving rookie kicker Younghoe Koo an opportunity to win the game. Unfortunately for Philip Rivers and Chargers fans across the country, Rivers’ late game heroics were in vain. Koo missed the game winning field goal, pushing it off the right post. Koo also missed a game tying field goal in Week 1, giving his young career a shaky start. The Chargers are now 0-2 and likely in the market for a new kicker.

After easily beating the Giants in Week 1, “America’s Team” was dominated by the Broncos in Week 2. The Cowboys defense looked horrible, allowing a total of 380 yards, 178 of those on the ground. Perhaps the biggest concern for the Cowboys was the nonexistence of their running game, exposing their one-dimensionality as an offense. Ezekiel Elliot ran for just 8 yards on 9 attempts, and the unit as a whole only rushed for 40 yards. The Broncos front seven completely man-handled the Cowboys O-line, previously considered one of the best in the NFL. Without a productive rushing game from Elliot, the Cowboys’ offense will continue to struggle.

The Giants entered the season at number 11 in ESPN’s NFL power rankings, yet after two weeks they have dropped to 19, with an 0-2 record for the fourth time in five seasons. The Lions easily skated past the Giants, winning 24-10. The Giants highly anticipated offense has been hindered by Odell Beckham Jr.’s ankle injury. He was limited to key third down situations and red zone plays Monday night against the Lions. Beckham was able to catch four of his five targets, yet only for 36 yards. In addition to Odell’s injury, the “G-men” offense has only been able to muster 97 rushing yards from the first two games combined (35 in Week 1 and 62 in Week 2). This indicates serious offensive line problems, which have plagued the Giants for the past few seasons. In Week 2 alone, they gave up 8 tackles for loss, 5 sacks, and 8 quarterback hits. As one would expect, veteran quarterback Eli Manning significantly struggled against the Lions, throwing for 239 yards, 1 touchdown, and 1 interception. The lone bright spot of the Giants’ loss was their defensive play. The stingy unit held Matt Stafford to a career low 122 passing yards, totaled 3 sacks, 8.5 tackles for loss, and 5 quarterback hits, and only allowed 14 points. Despite their success locking down Detroit through the air, they surrendered 138 rushing yards. If the Giants are to turn their season around, they need to find a spark for their offense, shore up their offensive line, and discover a way to stop the run.

Send Them Back to School 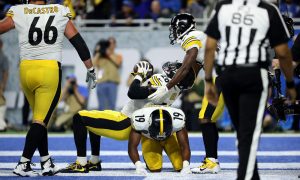