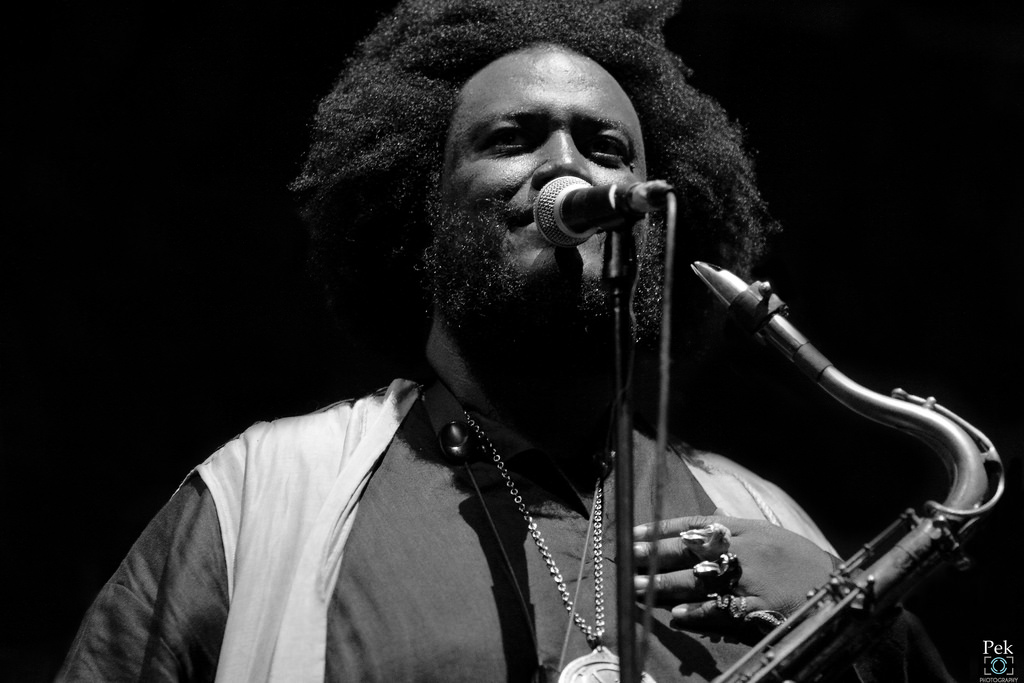 After releasing his breakout 2015 album, aptly titled The Epic, saxophonist Kamasi Washington was hailed as the future of jazz, as one of few artists who would take the genre into the next generation, and as a legend in the making. The Epic was a vast, sprawling dive into Washington’s skills and tastes, and presented a bold new vision for big band jazz, fusing the genre’s traditional instrumentals with modern electronics. Songs titled “Change of the Guard,” “The Next Step,” and “The Rhythm Changes” indicate Washington’s awareness of his status and solidify his role as jazz’s next star. The album was, in all respects, a masterpiece both for Washington and for jazz as a whole. However, it was nearly three hours long, broken into three separate hour-long sections. Very few people have time to listen to even an hour-long album straight, so the three-hour runtime of The Epic made it an almost insurmountable project.

On September 30, however, Washington released Harmony of Difference, a far more accessible 30-minute EP. The album is easier to approach in almost every aspect: the songs have catchier hooks, the instrumentation is more straightforward and recognizable, and the project is far, far shorter. The album does not, however, skimp on what made The Epic such an important work. Washington deftly incorporates classic staples of jazz into his refreshing sound and presents a clear direction that the genre can follow. He opens the project with “Desire,” which builds from a Timmy Thomas-esque electronic organ, layering traditional keyboard, drum, and saxophone into a tropical, carefree romp. Each instrument’s solo is deftly handled and oh-so short, coming together for a dynamic and relaxed five-minute opening to the EP.

The transitions in the project are nearly flawless, and Washington smoothly shifts gears between the songs, changing tempo and intensity so naturally and at such opportune moments that the project seems to flow together into a single song. Each song in the album is named after a virtue Washington seems to admire: Desire, Humility, Knowledge, Perspective, Integrity, and Truth each take their turn in the limelight. Like each of these virtues, the songs project their own value and have standout features in their own right; but they are unified by a common core—the mind of Washington. When taken together, the songs show different aspects of Washington’s vision, but center around the Afro-Caribbean and tropical influences that he wears, often literally, on his sleeve. “Knowledge” features a bubbly and magnetic horn solo over Washington’s humid saxophone, brimming with equatorial heat. “Truth,” previously released as a single, is the album’s longest song, running 13 minutes. It closes the album, harkening back to The Epic, and reminding listeners that this is where Washington plans to take jazz. The song accents jazz guitar with the always-entertaining vibraphone, and is a triumphant close to Harmony of Difference. The album as a whole fulfills the promises made on The Epic, charting a bold future for Washington’s sound, packaging it for the popular listening.