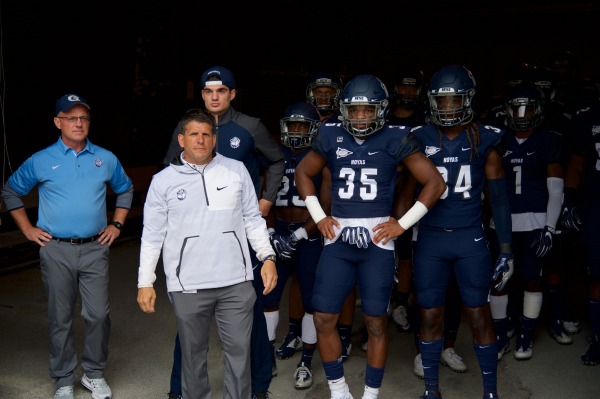 After falling to Princeton (3-1, Ivy League) by a score of 50-30 last weekend, the Georgetown football team (1-4, Patriot League) will travel to Bethlehem, Pennsylvania this Saturday to face off with Lehigh (1-5, 1-0 Patriot League) in the Hoyas’ conference opener. The game is scheduled to start at 12:30 pm and will be televised on the Patriot League Network.

Georgetown’s non-conference schedule included two away matchups with Ivy League foes Princeton and Columbia, along with a home contest against Harvard. The Hoyas are hoping that their rigorous non-conference slate has prepared them for Patriot League play.

“This is a statement game for us,” sophomore defensive lineman Khristian Tate said. “We’ve had our struggles with the Ivies, but coming out in this one, we can really show everyone what we can do.”

“Their quarterback does a really good job,” Georgetown head coach Rob Sgarlata said. “They have a lot of weapons. Their tailback Bragalone is really talented, and they have two great receivers on the edge.”

“It’s going to be tough to deal with,” said Tate. “They’re going to have their big plays, but we have to try to slow them down as much as we can.”

In Lehigh’s loss against Wagner, Mayes’ worst game of the season, he was sacked four times and threw five interceptions. The Hoyas will look to put pressure on Mayes to get Lehigh’s offense out of rhythm.

“I think it starts with [their quarterback]. The games that [Lehigh] hasn’t performed well, like Wagner, they frustrated him and got after him a little bit,” Sgarlata said. “We want to make sure that whatever they get on Saturday, we make them earn.”

The Mountain Hawks’ defense has given up the most yards per game in the conference, and the Hoyas will look to stay hot on offense after putting up their highest point total of the year against Princeton last week.

“We had stretches in the last game where we were moving the ball, and we need to stick to that. Consistency is the biggest thing for us,” said senior running back Alex Valles.

Junior quarterback Clay Norris started last week’s game for the Hoyas, but was replaced by sophomore Gunther Johnson after the first quarter. When asked about the status of Georgetown’s quarterback position entering the Lehigh game, Sgarlata was noncommittal.

“It’s been an interesting week. There’s been a lot of competition out here, so we’ll see what happens when we get to Saturday,” Sgarlata said.

Georgetown is the only Patriot League team that is yet to play a conference game, and the Hoyas see the league as a wide-open competition right now.

“The league’s really interesting. Not a lot of teams have played each other,” Sgarlata said. “Lafayette is leading right now with a 2-0 record, and then everybody else has a loss in the conference. The way we’re looking at it, it’s a new season.” 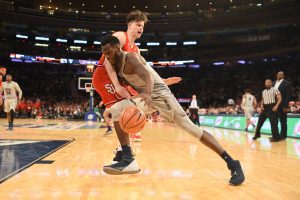 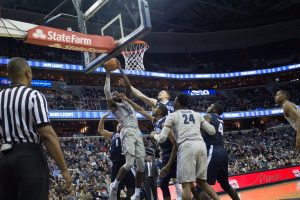