Stranger Things 2 Is a Terrific Follow-Up to the First

Before I clicked play on season two of Netflix’s hit show Stranger Things, I was nervous. The first season was such an unexpected delight that I have spent the year fearful that creators The Duffer Brothers would not be able to match that success in the show’s sophomore season. How many shows have we seen start off strong, only to come back for a weak second season? It was very possible that my favorite new show of 2016 would end up being nothing more than a one trick pony in 2017, only good for that first wonderful season. But then I binged all nine episodes in nine hours, and am excited to say that Stranger Things 2 recaptures the original magic.

The season picks up a year after the last, and much like before, the kids and their interactions are the highlights of the show. They have the same charm and remain absolute joys to watch. Mike (Finn Wolfhard), who was arguably the protagonist of the first season, takes more of a backseat this time around, allowing room for other characters to shine. Lucas (Caleb McLaughlin) and Dustin (Gaten Matarazzo), for example, are given their own separate storylines and we get to see their home lives, making them more fleshed out and rounded characters than in season 1.

The character who certainly benefits the most from more time in the spotlight is Will Byers, played brilliantly by Noah Schnapp. In every appearance, Schnapp completely steals the show. Will was missing for the majority of season 1, and so Schnapp did not really have that much screen time to work with. This season, they make up for that in spades. And wow, does he deliver! I spent most of the season in awe at how this 13-year-old kid was able to perfectly hit the emotional cues of someone who experiences such trauma as Will. Schnapp does not miss a beat in his performance and is truly the standout of the entire season.

Eleven (Millie Bobby Brown), the standout character of season 1, seems to be in hiding when the season begins and, as was hinted at in the finale of the first season, is being protected by Chief Hopper (David Harbour). This season, we see Eleven experience the struggles of being a preteen in spite of her supernatural ability, grounding her character in reality. Brown’s acting ability once again shines as she is able to keep up with seasoned Harbour, particularly in their more intense scenes.

Season two incorporates a lot of elements that worked from the first. From the arcade, to the kids’ Ghostbusters Halloween costumes, to the perfect synth soundtrack composed by Michael Stein and Kyle Dixon, the 80s nostalgia is once again present and the show still feels like it was genuinely filmed at that time. The music itself continues to solidify the world of the 80s and also serves a narrative purpose. The Clash’s “Should I Stay or Should I Go,” for example, was used for key moments and developments in season one and returns this season to recall and build off of that, and I actually audibly squealed upon hearing the song in the show again. They also embrace the horror part of the “science-fiction horror” genre. There are quite a few scenes that are genuinely tense, with built up suspense that actually had me hiding under my covers, something the first season never made me do. There’s a good amount of gore, and the villain of this season makes the demogorgon of the first season look like a warm up. It’s simply terrifying.

Not everything in this season worked. There are quite a few new characters, such as Joyce’s (Winona Ryder) new boyfriend, Bob Newby (Sean Astin) and new girl to Hawkin’s Middle School, Max (Sadie Sink), who fit in well with our already established cast and whom I quite enjoyed. Max’s older step-brother Billy (Dacre Montgomery), however, is not one of them. While Montgomery does well with the material he is given, Billy feels like nothing more than a nuisance the entire season and is way too much of a stereotypical bully. We get some interesting information about his home life, but far too late, suggesting that his character will be more fleshed out in later seasons.

I didn’t need this season to be perfect, as season one was not without it’s flaws. I just needed it to maintain the heart of the first and stand on it’s own, and that’s exactly what The Duffer Brothers managed to do. Stranger Things 2 is an incredibly wonderful, thrilling, and heartwarming season that builds off the first and takes the show to new and exciting places. Netflix will most definitely renew Stranger Things for a third season. The fear that I had for season two is not present for season three. The Duffer Brothers have proved with the second season that they know what they’re doing with the future of this story, and I now have full trust in their abilities to succeed a third time. I’m just devastated that I have to wait a whole year to see what alternate dimensions and secret government labs they take these characters, and us, to next. 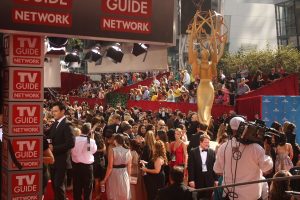