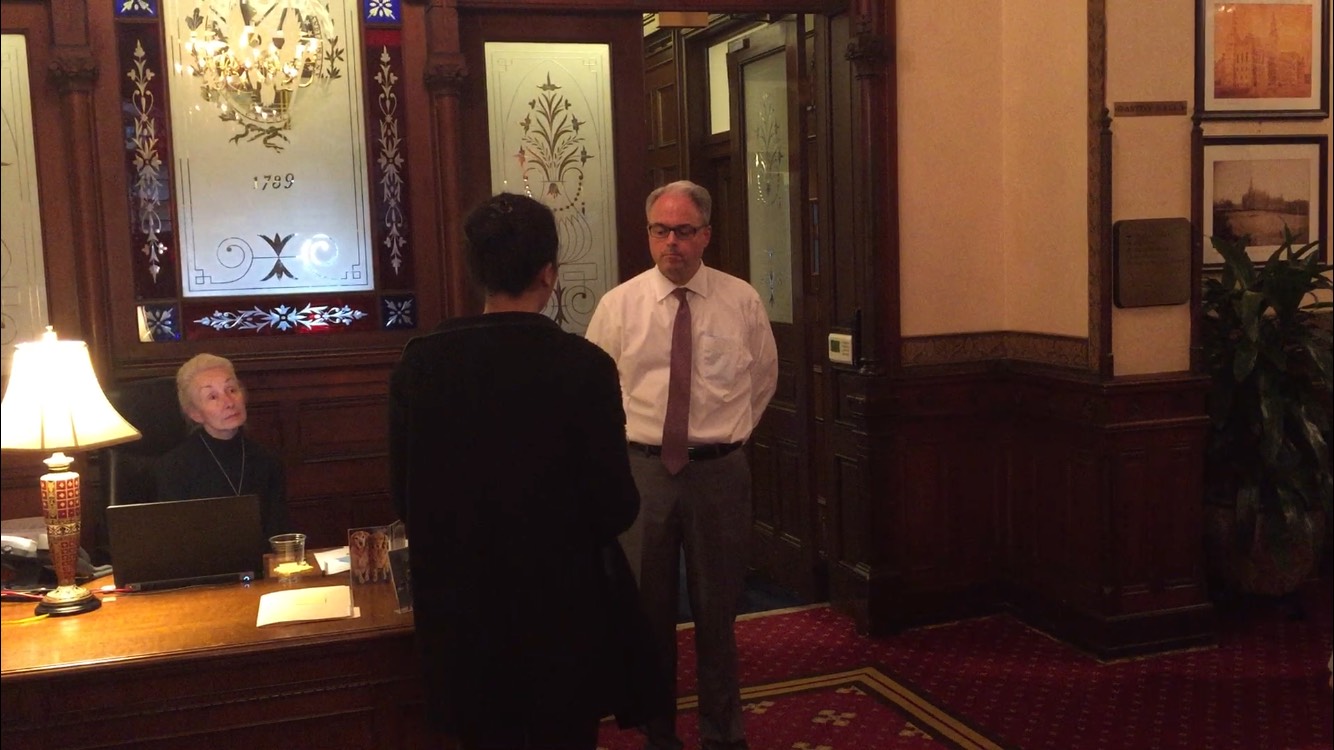 Members of unrecognized student group H*yas for Choice delivered a letter to university president John DeGioia’s office on Monday detailing what they see as a lack of transparency in the university’s decision-making process around birth control coverage in its health insurance plans. The letter was addressed to DeGioia and a number of other administrators.

The letter calls on the university to honor a commitment made by Vice President of Student Affairs Todd Olson at that Student Health Roundtable on March 22, 2017, that students would be involved in the decision- making process. The letter also demands that the university “make clear this process to the student body and greater University community” by Dec. 1.

“Seeing the ways that birth control coverage is pertinent for students on campus, we want to see the university continue this coverage, and we will demand so,” said Annie Mason (COL ‘18), co-president of H*yas for Choice. “But at this point what were realistically expecting is that they tell us where they are at in the process and they affirm previous commitments they’ve already made to birth contraception coverage and to the role that student input will play in their decision making processes.”

The letter is partially in response to the University of Notre Dame’s decision in late October  to remove contraceptive care from its health insurance plan, and its reversal of that decision last week.

Vice President and Chief of Staff Joe Ferrara received the letter, and told the students gathered that he would deliver it to DeGioia.