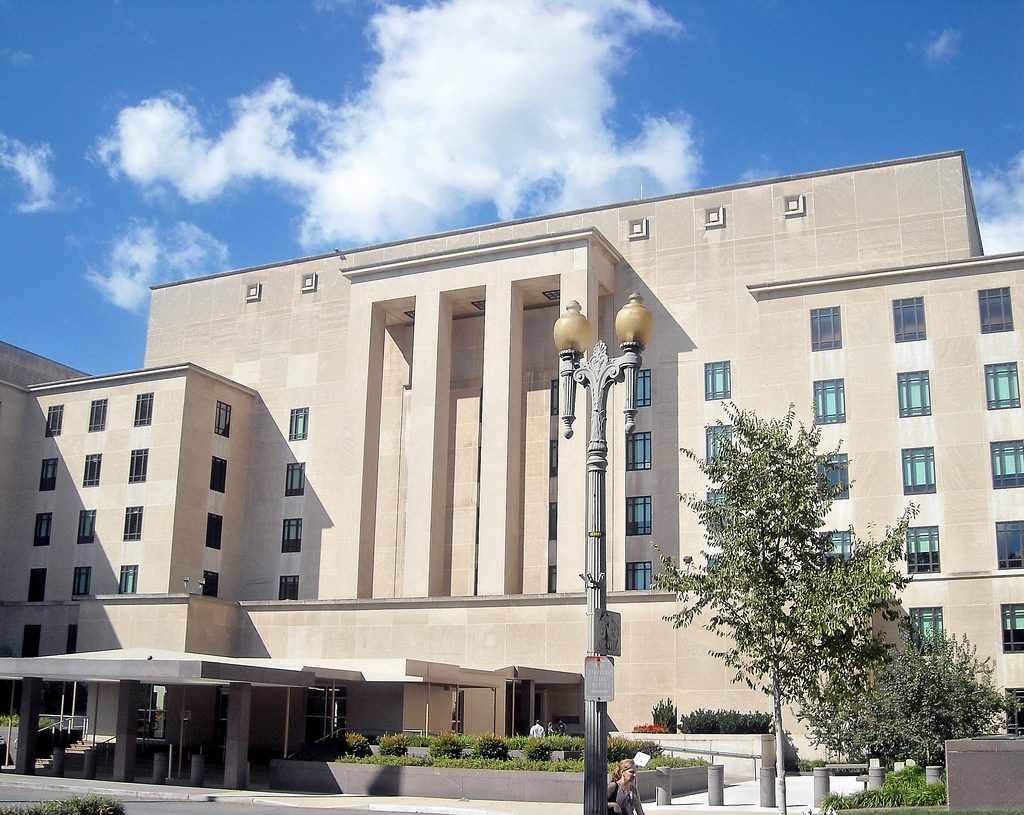 In the 11 months since his inauguration, President Donald Trump and his administration have weakened and eroded a number of top federal agencies. From the Department of Agriculture to the Department of Energy, the agencies and bureaucracies tasked with carrying out American governance are understaffed, undermined, and ignored. Political positions go unfilled, those who receive appointments are overwhelmingly white men, and career civil servants face increasingly worse working environments.

Nowhere is this problem more apparent—or more dangerous—than in the State Department. Since he attained his post in February, Secretary of State Rex Tillerson has made it his mission to decrease the personnel in his agency, and the State Department’s role in American foreign policy has been diminished in the current administration. Last week, the head of the American Foreign Service Administration (AFSA), a union for the nation’s Foreign Service Officers, warned of the dwindling number in America’s diplomatic corps. Since Trump took office in January, 15 percent of minister counselors, 42 percent of career ministers, and 60 percent of career ambassadors have left the department. The department is continuing its push to reduce staff, offering $25,000 buyouts for staff to quit or retire by next April.

Given the precarious nature of political developments around the globe and the essential role that the State Department should play in conducting diplomacy abroad, this editorial board finds the developments in Foggy Bottom to be extremely unsettling and detrimental to the safety of American citizens. Now more than ever, the United States needs clear foreign policy and talented diplomats to carry it out.

There is no lack of serious geopolitical threats that require the hand of diplomacy today. On the Korean Peninsula, Trump carries out American foreign policy over Twitter. In the Middle East, tensions are rising in the cold war between Saudi Arabia and Iran, and the humanitarian consequences of the Saudi war in Yemen continue to be devastating. Last month, American troops died in West Africa in a deployment that was generally unknown to the American public before the incident.

These are just some of many clear examples of the need for an increase in the role of American diplomacy, an increase that seems impossible as the diplomatic corps is being depleted.

On the campaign trail, Trump surrounded himself with advisors who promoted a more hawkish foreign policy, and that has carried over into his presidency. Former National Security Advisor Michael Flynn threatened Iran with military action, and Trump recently decertified Iran’s compliance with the 2015 JCPOA, commonly known as the “Iran Nuclear Deal,” threatening to end the deal between the United States and Iran. Earlier this year, we wrote about the troubling increase in civilian casualties caused by American military actions.

American foreign policy must be carried out in tandem by the military and the civilians in the State Department. As it stands, the current administration has limited the ability of the latter organization to operate, doing a disservice to American strategy abroad. At the very least, any military presence abroad should be matched by the presence of the State Department, and the country should explore any and all diplomatic options available before the use of military force. When the agency is as understaffed and undervalued as it has been this past year, this is all but impossible.

Reports of dysfunction at the State Department should trouble all Americans, but Georgetown students specifically should find them problematic. Georgetown is home to the School of Foreign Service, where students—graduate and undergraduate alike—are trained in the skills necessary for a career in diplomacy. While the vast majority of SFS graduates are not employed by the State Department, the fact that so many of the jobs that make up the namesake of one of the university’s four undergraduate schools are disappearing should be troubling to all Georgetown students.

The State Department was founded in 1789, and in the years since then it has served as the face of our country abroad. While we do not endorse all of the actions that the agency has made in the past, nor can we assume it will be perfect in the future, we find it to be an essential part of the United States government. While such a statement may seem obvious, the weakened role that the department plays in the decision making of the current administration and attempts to decrease its staff show that the government itself suggests otherwise. The repercussions of the past year will be felt for years to come. The Trump Administration must reverse its current course regarding the State Department. The diplomats who have dedicated their lives to the agency, and the American people, deserve better.