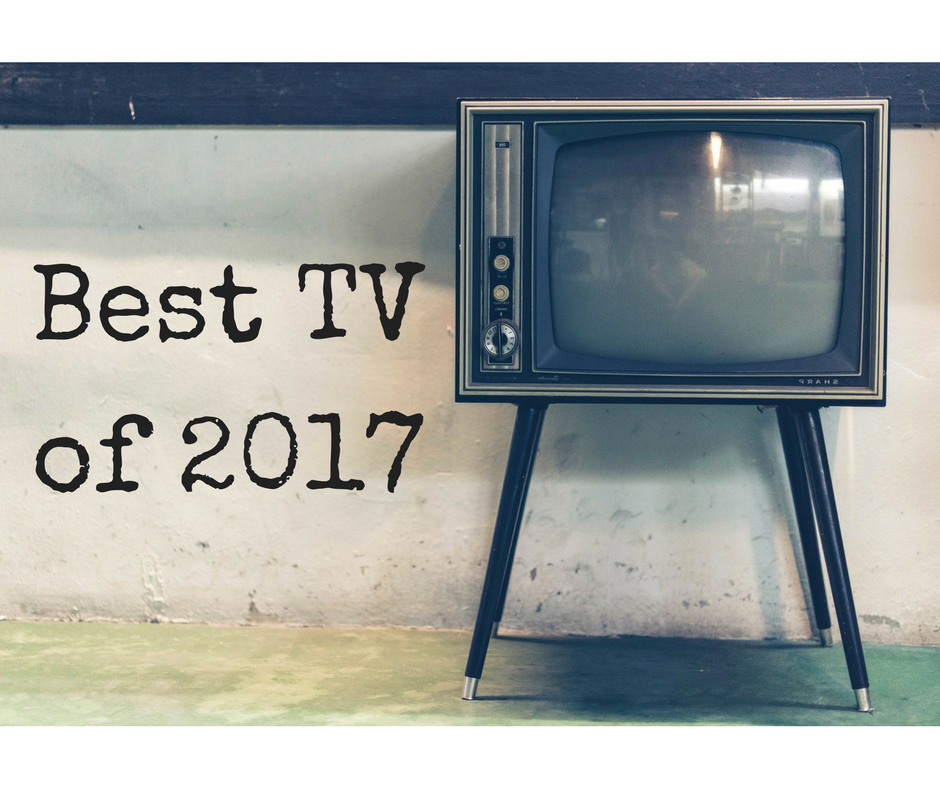 The Voice‘s Leisure section unfortunately left out a key aspect of this year in its “Best Of” articles, and that would be television. Don’t worry, though, Halftime’s got you covered. As always.

As someone who is fascinated by true crime, Mindhunter claimed the first spot in my Netflix queue. A show about the FBI agents who coined the term “serial killers,” it is a Netflix Original based on the true story of two FBI agents that pioneered the organization’s criminal profiling program. The show takes liberties with the factual recounting from John E. Douglas’s book Mindhunter: Inside the FBI’s Elite Serial Crime Unit, but in doing so it presents a captivating story line framed by intense cinematics. The show is set in the 1970s and focuses on a young, inexperienced Agent Holden Ford (Jonathan Groff) who believes there might be a similar psychology among the deadliest killers that drives them to murder. Agent Ford convinces Agent Holt McCallany (Bill Tench) and psychologist Wendy Carr (Anna Torve) to accompany him in interviewing imprisoned killers to determine how they think and why they murder. Many of the serial killers are modelled after real killers from the ‘70s and most of the interview scenes are taken from the actual transcribed prison interviews. The show is much more unnerving knowing that all of the portrayed horrific actions actually happened. The show has been well received and has been especially praised for its attention to character development. Additionally, by concentrating on the motives and psychology of murder, Mindhunter differentiates itself from the well-worn plot line of many crime shows. The show’s chilling descriptions of murder, rape, and abuse are accentuated by dark and sinister cinematography and a beautifully ominous soundtrack (think Stranger Things–but less ‘80s).

American Vandal is quite the hidden gem. Released on Netflix in September, the show is a mockumentary and satire of the popular true-crime documentary genre. It revolves around an underachieving high school senior named Dylan Maxwell (Jimmy Tatro) who was expelled for drawing penises on 27 of the teachers’ cars. Sophomore Peter Maldonado (Tyler Alvarez) subsequently begins to film a documentary on Maxwell’s case with the goal of figuring out if he did, in fact, draw the penises. With such a hilariously ridiculous premise, this show could have easily become a low-brow comedy that relied on the easy and vulgar dick joke for laughs, but American Vandal is much cleverer than that. It manages to make fun of true crime documentaries like Serial and Netflix’s own Making A Murderer while genuinely becoming a compelling true-crime documentary itself. After a while, you will find yourself unironically becoming invested in the mystery of who drew the dicks and taking clues, like the fact that the dicks drawn on the cars had ball hairs, completely seriously. The main cast gives surprisingly nuanced performances, especially Tatro, who’s unexpectedly sincere portrayal of the accused Dylan Maxwell is the highlight of the entire season. American Vandal is a funny, heartwarming breath of fresh air that perfectly satirizes the genre it’s portraying while actually having interesting things to say about the American education system, if you pay enough attention. It’s the perfect eight-episode long dick joke, that somehow manages to be much more than just a dick joke.

Rick and Morty is a show that throws away higher concept plots in the course of five minutes than other TV shows build up in the course of their entire runs, and the long-awaited third season was no exception. From the epic and exciting set pieces of “The Rickshank Redemption” to the wacky-yet-cutthroat contemplation of “Pickle Rick” to the downright hilarity and narrative genius of “The Ricklantis Mixup” (which is downright one of the best episodes of television I have ever seen), this show has cemented itself as the funniest series on air, as well as one of the smartest. As such, Rick and Morty represents the height (and monster success) of pure idea-driven storytelling. As we hit the saturation point in our troublesome adoration of antiheroes, gravitate toward edgy and superfluously-sexed shock-fests, and deride our comfort shows for not doing exactly as we wish, shows like Rick and Morty become all the more critical—most of all because it’s uncompromising in terms of the pursuit of what it’s trying to say, having locked onto a dramatic and comedic method of expressing it. There’s no show like it that pushes its conceits to the edge of what they could really mean, no other show that quite pokes and protrudes at our sensibilities, no show that so readily mocks our dependence on conventional story outcomes. But instead of just being flippant about it, this show goes right to the most heartbreakingly honest truth at the center of these stories and stares right at the void of existence itself. Although ending on not as dramatic or emotional a note as the second season’s finale did, this year of Rick and Morty still managed to bring closure to an incredible season marked by surreal concepts and dark character drama.

I tend to not like spin-offs, but Better Call Saul is something else. Taking place six years prior to the events of Breaking Bad, the show functions as a sort of origin story for James “Jimmy” McGill, more commonly known by his alias, Saul Goodman (Bob Odenkirk). McGill struggles to be a lawyer, competes ardently with his older brother, Chuck (Michael McKean), and constantly crosses moral lines (I tried to count how many times he committed fraud throughout the seasons, but I honestly couldn’t). The second season ended on a great note, with Chuck finally getting the evidence he needed to disbar Jimmy. Building on that, the third season succeeded spectacularly: not only did the rivalry between Jimmy and Chuck escalate, but viewers also got to see the return of a familiar Breaking Bad figure, Gus Fring. The narrative had just the right amount of drama, the humor always hit the mark, the visuals were still uniquely genius, and Odenkirk’s acting remained on point. Better Call Saul is a binge-watch-worthy show for everyone: newcomers to the Breaking Bad world get an enticing dark comedy, while old fans find themselves constantly asking when Jimmy will become Saul for good.

HBO released its 7 episode mini-series Big Little Lies and struck a perfect balance between the intrigue of a classic murder mystery and the satisfaction of strong character development. Featuring a powerhouse cast including Reese Witherspoon, Shailene Woodley, Zoe Kravitz, and Nicole Kidman, the show focuses on four mothers who fill out a humorous selection of caricatures and clichés living in the wealthy town of Monterey, California. As the show progresses, Big Little Lies reveals its greatest strength is its self-awareness as the characters develop and their deeply realistic problems, flaws, and insecurities are revealed. Big Little Lies treats darker themes such as domestic violence, sexual assault, and difficult mother-daughter relationships with care. Add the picturesque backdrop of Monterey and a superb soundtrack, and Big Little Lies is well worth its seven hours.

A sci-fi anti-feminist future comes to fruition in The Handmaid’s Tale. The show brings to life Margaret Atwood’s acclaimed novel of the same title about a world in which fertile women are used as sex slaves in an ultra-religious United States, renamed Gilead and run under a dictatorship. Elisabeth Moss expertly plays the title character of Offred, real name June, who tells her personal narrative of being captive, wanting for her family, but even more wanting for a way out. By using grayed-out tones and filters for the entirety of the show, there is a literal overlay of sadness throughout the series. Samira Wiley and Alexis Bledel play fellow handmaids, further illuminating the amazing casting and astounding performances. What makes The Handmaid’s Tale truly tremendous, though, is its message. Though it is not an original script, the concept of a patriarchal dictatorship in which women are raped in the name of religion is simultaneously frightening and not a far reach for our imaginations. Women’s strengths and abilities are already taken advantage of, and this show gives a glimpse of just how far male violence and power can and will go.

Never Have I Ever… loved a high school show so much