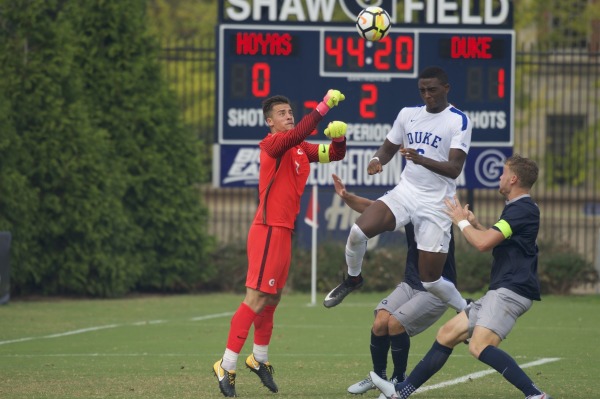 Marcinkowski earned a 33-15-7 overall record in his career and recorded 194 saves and a 0.84 goals allowed average. He finishes his collegiate career with 21 shutouts, the fourth most in school history. In his freshman season, he recorded nine shutouts, in the process breaking a program-record with six consecutive clean sheets. The nine shutouts were the third-most all-time for any Georgetown goalkeeper, and his eight shutouts in 2017 were the fourth-most in program history.

Marcinkowski is one of Georgetown’s most decorated players in recent memory, amassing several awards in his three-year career. He earned All-Great Lakes Region awards twice, including a second team selection in 2015. In that same season, he was also named to a First Team All-Big East selection and Big East Freshman of the Year.

Following his sophomore season, Marcinkowski took the Spring 2017 semester off to train with the United States Men’s National Team and earned a spot on the team’s U-20 World Cup roster. He was also a member of the 2017 CONCACAF U-20 Championship team and has made 26 appearances in his national team career.

Marcinkowski is now the fourth player in program history to sign a Homegrown Player contract, following in the footsteps of Brandon Allen, Alex Muyl, and Arun Basuljevic. In addition, Marcinkowski is the seventeenth player that has entered the MLS ranks during head coach Brian Wiese’s tenure at Georgetown.

The Homegrown Player Rule allows MLS teams to sign local players from their own development academies directly to first team rosters. Marcinkowski has been a member of the San Jose system for several years, and was a three-year captain for the team’s Academy.

While he will leave campus early to join the Earthquakes, Marcinkowski will continue his Georgetown education, according to an official team statement. 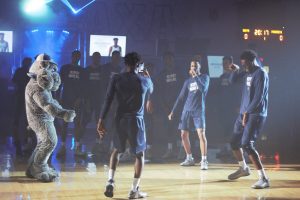 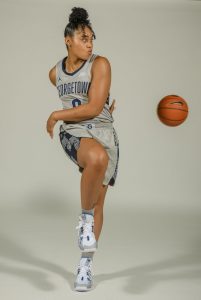