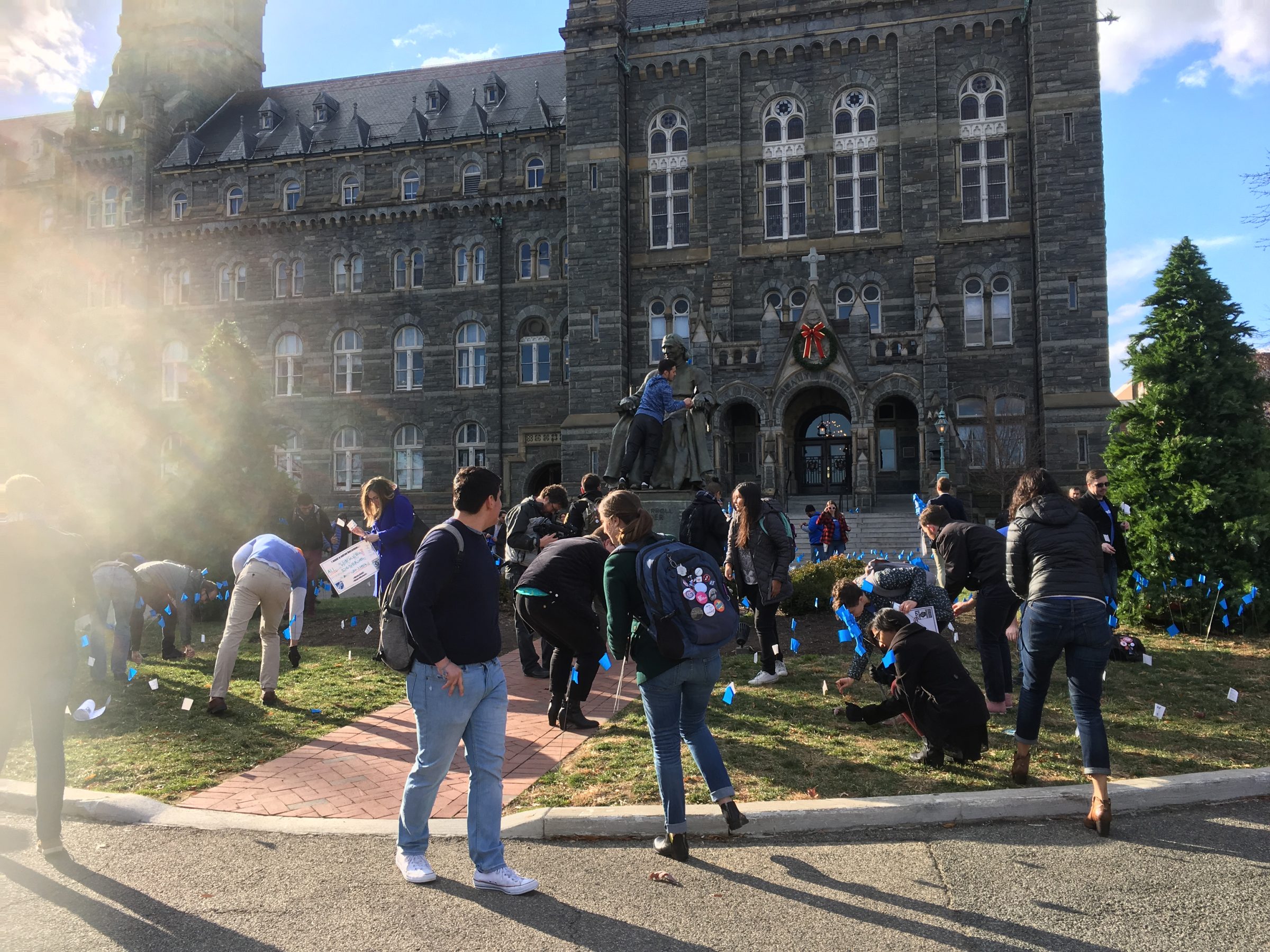 Graduate students gathered for a rally in Red Square on Dec. 7 to protest the university’s decision not to voluntarily recognize their union. The rally consisted of speeches from graduate students and allies, planting of 800 flags around the John Carroll statue to symbolize the 800 graduate students on campus, and a march to the provost’s office.

Speakers included graduate students from the Georgetown Alliance of Graduate Employees (GAGE). They emphasized the work that they do, including teaching classes, grading papers, and working in laboratories, as proof that the university should recognize graduate students as workers and grant them the right to form a union.

Randi Weingarten, president of the American Federation of Teachers, pledged support to their cause as well. “We will not stop until this university gives you the voice you are entitled to, both morally and legally,” Weingarten said.

The flags surrounding the John Carroll statue represent the 800 contracted graduate students at Georgetown and the work that they do. Deidre Nelms, a third-year Ph.D. student in the philosophy department, said, “There are 800 flags planted and they represent the fact that our work is valuable, that we occupy and important presence on this campus, and that we want to be noticed and respected and valued.”

Editor’s note: Randi Weingarten’s name was misspelled in an earlier version of this article.